Fordham University mourns the death of Arthur R. Taylor, former dean of the Gabelli Graduate School of Business, who died Dec. 3 at the age of 80.

Taylor was appointed dean of the graduate business school in 1985—then known as the Graduate School of Business Administration—following a successful career as an investment banker and corporate leader. At Fordham, Taylor revamped the business school’s curriculum, recruited more full-time students, and launched a vigorous fundraising campaign for the business school. 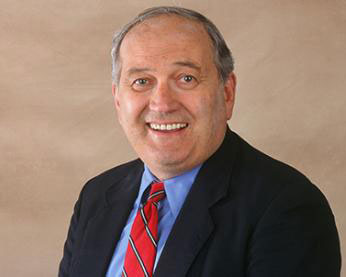 “Arthur Taylor reinforced the hallmark of industry knowledge at the Gabelli School of Business,” said Donna Rapaccioli, PhD, dean of the business school. “He was a man who would begin to change the culture of the school, hiring renowned faculty colleagues and attracting new financial resources to Fordham. For those contributions, we are very grateful.”

He helped draw many prominent people to Fordham, including William J. Small, the former president of NBC News, whom Taylor appointed as director of the Center for Communications. Small in turn recruited Ted Koppel of ABC, Dan Rather of CBS, and other journalists to speak at seminars. Taylor received an honorary degree from Fordham in 2003.

In 1992, after serving for eight years at Fordham, Taylor became the tenth president of Muhlenberg College in Allentown, Pennsylvania. During his tenure, he tripled the college’s endowment, halved its debt, and significantly increased admissions selectivity and overall enrollment.

He was one of 50 college and university presidents recognized in the 1999 “Templeton Guide: Colleges that Encourage Character Development” for his outstanding leadership in the field of student character development. He was beloved among the Muhlenberg students, who said that Taylor used to eat with them in the dining hall and supported them in their personal as well as academic lives.

He served as president of the college for 10 years, ending in 2002.

A businessman prior to becoming a business educator, Taylor was president of CBS Inc. from 1972 until 1976. During this time he founded the Entertainment Channel, now A&E. His other business credits include First Boston Corporation, the International Paper Company, and Arthur Taylor & Company, a private investment firm he founded.

He graduated from Brown University with his bachelor’s and master’s degrees and was a member of the Phi Beta Kappa honor society.