skip to main content
Return to Fordham University
You are at:Home»University News»Fordham Honored for Longtime Service to City of New York

For its commitment to community service and its contributions to New York City, Fordham University was honored by the 100 Year Association of New York at a gala dinner on Nov. 9.

The Richard A. Cook Gold Medal Award, which was presented to Fordham President Joseph M. McShane, S.J., at a ceremony at the University Club, has been granted every year since 1930, except for five years during World War II. 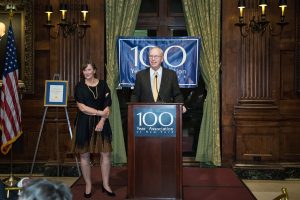 Previous winners have included civil servants like E. Virgil Conway and Ray Kelly, mayors Fiorello LaGuardia and Rudy Giuliani; entertainers such as Oscar Hammerstein and Tony Randall; corporate stalwarts such as the Rockefellers; and icons such as Carnegie Hall and the Museum of the City of New York.

Paul and Diane Guenther, who served as the association’s 2017 Gold Medal Award Dinner Chairs, introduced Father McShane. Paul Guenther, FCRH ‘62, a former head of the Fordham Board of Trustees, noted that since Father McShane became president in 2003, Fordham has transitioned from a well-respected, regional Catholic school to a prominent national university. Applications have more than tripled since then, average SAT scores have risen 100 points, and in 2014, Father McShane oversaw the completion of a $500 million capital campaign. 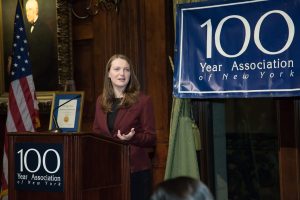 Gabelli School of Business senior Christine Phelan, a recipient of a E. Virgil Conway College Scholarship from the Hundred Year Association, thanked attendees for their generosity.

Last year, the University had its best fundraising year in its history, raising $75.9 million. Just as impressive, Fordham students have performed more than a million community service hours annually.

“He is not just the University’s president; he is Fordham’s pastor and its most capable ambassador in living memory,” Guenther said.

In accepting the award, Father McShane called himself merely the latest curator of the University.

“Institutions have a weight that we as individuals cannot hope to match, and indeed the best leaders in our 175-year history have put Fordham first and their own ambitions a distant second.” 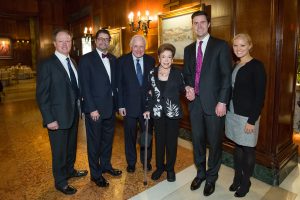 It is true, he said, that Fordham has given much to the city, particularly through the achievements of its immigrant population, which included Fordham founder Archbishop John Hughes. But Fordham has received much as well, from the “intellectual, cultural, financial, and spiritual ferment of New York.”

“Our individual institutions are stronger because they are so intimately intertwined with one-another’s history and day-to-day lives. Those institutions that have crossed the 100-year mark carry this wisdom with them into the current day. Fordham is proud of its history and its connection to New York City, and grateful to accept the honor the 100 Year Association bestows upon it tonight,” he said.

Clint W. Blume III, president of the 100 Year Association, encouraged attendees to visit the list of awardees, which he said reflects the bedrock of the cities’ civic culture.

“Fordham fits well with and enhances the standing of this list, not only because of its distinguished faculty, that has educated generations of leaders for 175 years, but also because of its focus on community service, and an ethical society as informed by its Jesuit tradition,” he said.

“Most of all, because it embraces New York, making its home a dynamic resource for its students.” 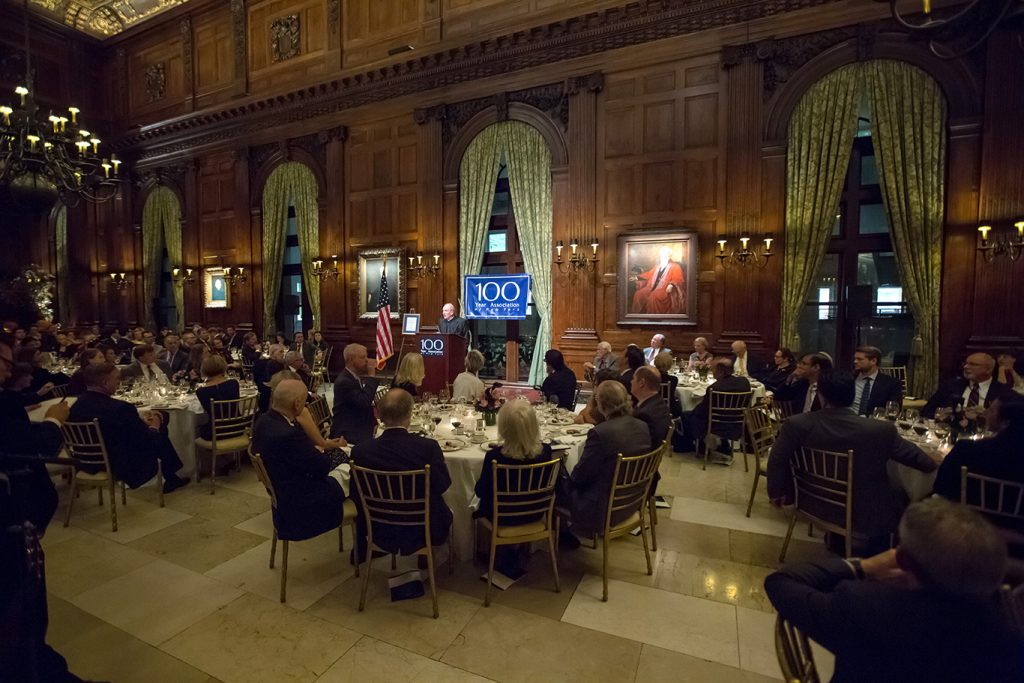