skip to main content
Return to Fordham University
You are at:Home»University News»Fordham Honored for Inclusivity Efforts 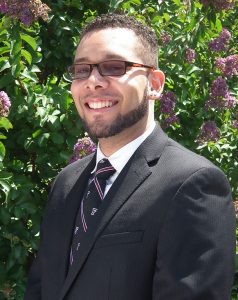 Fordham’s Office of Multicultural Affairs has been honored for creating a new program devoted to improving race relations in the University community.

The Racial Solidarity Network, which debuted as a pilot program in February after more than two years of development, was lauded by the Jesuit Association of Student Personnel Administrators (JASPA), with a March Community Impact Award.

The award was established to recognize efforts by Jesuit institutions that provide:
-Significant, positive impact in their collegiate community;
-Meaningful contribution on the college student experience; and
-Overall contribution in the spirit of the Jesuit mission.

Juan Carlos Matos, assistant dean and director of the Office of Multicultural Affairs, said the network is similar to the departments’ LGBT and Ally Network of Support.

“We’re really excited that the program will be able to launch formally in the fall,” he said. “We have a strong variety of activities and topics that participants can engage in.”

Matos said the training sessions and caucuses, which will be held next year in November and February, will be constantly evolving, based on the feedback the events receive from participants. Among the suggestions the office received during the pilot phase was a request to create spaces where the conversations about race don’t fall into a black/white binary.

As a result, one of questions that will be addressed in the training sessions is, at what point did Irish, Italian, and German immigrants to America become accepted as “white?”

“When they arrived in the United States, many of these individuals who immigrated from Europe weren’t identified as white. There was a process of assimilation that many individuals went through, where they lost that culture,” Matos said.

The training will also provide participants with identity development models and a timeline that cover significant moments in history that connect back to White, Black, Latino, Asian, Native American, Middle Eastern, and Biracial/Multiracial people.

Jeffrey L. Gray, senior vice president of student affairs, said the network is meant to be a highly visible signal that Fordham is a diverse, welcoming community that is open to all questions and concerns. As with the LGBT and Ally Network of Support, he said there is no one-size-fits-all strategy that will work, and that promoting inclusivity has to be an ongoing effort.

This is particularly important, he said, given the fact that over 2,200 new undergraduate students arrive at the Rose Hill and Lincoln Center campuses every year, students who come from nearly every state in the country  and multiple foreign countries from across the globe.

“They come from different places, backgrounds and families. They have different attitudes and predispositions when they come in the door, and they’re really trying to acclimate to a new community with new expectations and standards,” he said.

“Issues and differences sometimes arise, and for some who hope this will all just go away, I think they’re going to be perpetually frustrated, because it’s not going to go away—especially with the present tone and tenor of related discussions across the country and how this directly impacts a place like New York City. It’s always going to be an ongoing challenge.”