skip to main content
Return to Fordham University
You are at:Home»Inside Fordham»Fordham Cheers on New Cardinal

Several members of the University community were on hand for the Cardinal’s elevation, including trustees, faculty and administrators. 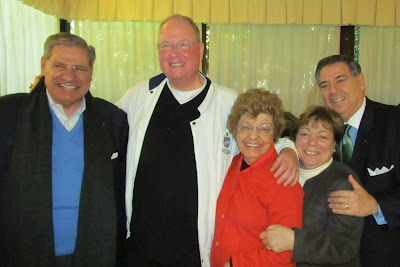 Monsignor Joseph G. Quinn, vice president for University mission and ministry, and Patrick J. Ryan, S.J., the Laurence J. McGinley, S.J. Professor of Religion and Society at Fordham, both in Rome for Cardinal Dolan’s elevation, and were an on-air expert for WABC and other news outlets. 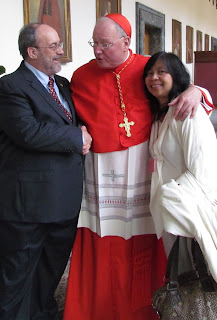 In New York, Terrence Tilley, Ph.D., the Avery Cardinal Dulles Professor of Theology and chair of the Department of Theology at Fordham, said “[Cardinal Dolan] smiles, he laughs, he has a good time. He will present being a Catholic as being simply joyous. As someone who is a sinner who is a redeemed sinner, like a recovering alcoholic who is enjoying the new status.”

Maureen A. Tilley, Ph.D., professor of theology at Fordham, said the Cardinal’s impact could be considerable. “Between his personality and his record, he has the potential…and I say the potential, to be the most influential Cardinal from New York since Cardinal Spellman.”