Migration, a hugely complex and pressing issue, will get more attention and resources from Fordham, thanks to a new partnership between the University and a leading United Nations agency.

In a ceremony at the Lincoln Center campus on Sept. 27, Ambassador William Lacy Swing, director general for the U.N.’s International Organization for Migration (IOM), and Joseph M. McShane, S.J. president of Fordham, signed a memorandum of understanding linking the two institutions together.

The formal partnership with the IOM, the leading nongovernmental organization for migration, follows a similar partnering between Fordham’s Institute of International Humanitarian Affairs (IIHA) and the International Federation of Red Cross and Red Crescent Societies (IFRC).

Swing said the IOM, which has 10,000 members stationed in 480 spots around the globe, was eager to partner with an academic institution to work on projects involving data and statistics, joint publications, and lectures. The organization has worked informally with the IIHA for the past 19 years, and sent numerous members to its workshops, making the partnership a natural fit.

“In one of the worlds’ great migration cities, Fordham University has very much become a center for the study of migration and humanitarian work in general, which we’re very grateful for,” Swing said.

“I think the possibility for expansion is very large.”

IIHA Executive Director Brendan Cahill said he was thrilled to work closely with IOM because the group is run in a very cost effective way, and delivers aid effectively, ethically, and humanly.

“Their focus is on migration, but that can come in many different forms, from protection to resettlement to negotiations, and they do it by having 97 percent of their employees in field positions and only three percent in the office,” he said.

“We want someone who has a real boots on the ground approach. Whether we work on publications, research, training, or analysis, we bring not only the strengths of the institute, but also the wealth of the knowledge that exists in the faculty at Fordham, together with the IOM and their focus on migration.” 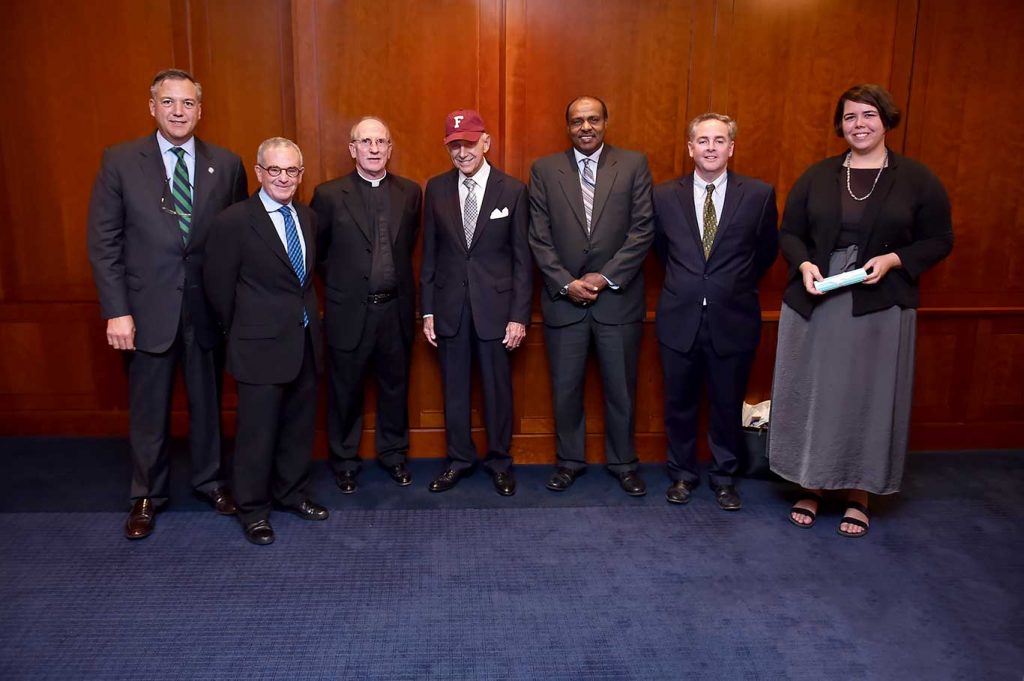