skip to main content
Return to Fordham University
You are at:Home»Colleges and Schools»Fordham College at Lincoln Center»FCLC Graduates Examine Existential Crises at Ars Nova
Detail from FCLC senior Selena Juarez-Galindo’s painting of her nephew, titled, “Tu Abuelito te Ama con todo su Alma,”  [“Your Grandmother Loves you with all her Soul”] represents a celebration of the “next generation” of her Mexican family in the U.S.
At this year’s Ars Nova, the Fordham College at Lincoln Center arts and research showcase held the last week of April, some of the most existential issues facing undergraduates were detailed and discussed in 42 presentations, often in deeply personal terms.  The event was organized by Rebecca Stark-Gendrano, Ph.D., assistant dean for juniors and transfer students.

“I was struck by the diversity of projects featured, but what most impressed me was the creativity and resilience of our students, several of whom had to reinvent their projects in the face of pandemic restrictions,” said Stark-Gendrano. “It was inspiring to see such good work come out of such challenging conditions.”

From combating global warming to undermining misogyny to embracing immigration to parsing gender identity and sparking the attention of boys with ADHD—the ideas of graduating seniors and their undergraduate peers filled four days of sessions on Zoom.

This Land is Her Land 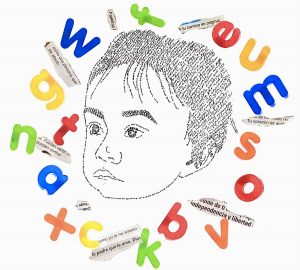 In “Letters to my Nephew,” the image is composed of letters mostly written in English. “My proficiency in English comes from my education and sacrifices made by my Spanish-speaking family,” she said.

“My family are all basically undocumented immigrants and I am the first generation,” Juarez-Galindo said, noting that since she was born in the U.S. she has full citizenship.

Juarez-Galindo’s family is from a town called Guerrero, where people native to the land still speak Mixteco, a language that predates the Spanish conquest of Mexico. The intention of her artwork is “to chase a native narrative” and portray distinct images of her family’s culture and show others that it’s not unlike their own.

She noted that her required courses in theology deepened her understanding of the plight of her family and the struggles faced by immigrants and refugees.

“When it comes to immigrants here, there has to be a kind of morality that’s above the law, especially when American nationalism can create really horrible effects,” she said of the consequences facing people crossing the border, such as separating children from their parents. “There have been so many immoral things in history that were legal, such as slavery. Our morality has to come first.”

Senior Arbi Kumi, a psychology major, has always been interested in what makes the mind tick, though he had never concentrated on the mind of a child. His study, “Exploring the Feasibility and Effectiveness of a Virtual Summer Treatment Program for Children with Behavioral and Social Problems,” sprang from an internship at the Child Mind Institute, a mental health nonprofit clinic for children. There, he was assigned to a virtual summer camp for boys with ADHD. With permission from the institute and from parents, he studied how boys’ attention improved and/or degraded during a virtual adaptation of a summer camp program. Instead of five days a week at six hours a day, the program ran for just two hours a day for five days a week. The boys, who worked in peer groups, showed substantial gains during treatment that sought to improve their social skills over the course of the program, he said.

“We knew anecdotally that screen fatigue was a problem and it might not be interesting enough to keep the boy’s attention, so online games like Fortnite, Minecraft, and Roblox were used as a reward and something we could use to teach them new social skills,” said Kumi.

By using parental surveys and a point system administered by camp counselors, Kumi found that post-treatment levels showed significant improvement in social skills, including group discussions, helping or being flexible, and sticking to a plan—particularly with peer support. However, he said, certain problem behaviors, such as interrupting, did not improve. Beyond the findings, Kumi said that he learned a lot about his own perceptions of children.

“It was so much fun; this one boy had a new nickname for me every day, he was so funny, so smart,” he said. “I also realized how much stigma is placed on mental health as opposed to physical health.”

Batool Abdelhafez’s research found that LGBT+ Arab American and SWANA individuals consider themselves to be a separate subculture from the LGBT+ community at large, often manifest at events like Yalla!, a “Fem & Amazigh centered Art & Advocacy collective,” pictured here in Brooklyn on Feb. 28, a few weeks before the quarantine. (Photo by Grace Chu)

Senior Batool Abdelhafez, who goes by the pronoun they, majored in anthropology and psychology. For their project titled “Identity, Duality, and Kinship Among LGBT Arab-Americans in the American Diaspora,” they interviewed 15 members of the LGBT+ Arab American community and the Southwest Asian and North African community (SWANA). They set out to find what gave people in the group a unique sense of personhood, and in what spaces the group felt free to be true to themselves. Lastly, they sought to define whether LGBT+ Arab American and SWANA individuals consider themselves to be a separate subculture from the LGBT+ community at large.

“The emergence of colonialism demonized and categorized LGBT+ Arabs as something to be duly exoticized, but also viewed as somehow degenerate, backward, or uncivilized,” they said. “We see this context even today just for Arabs in general, right? But it’s even more so for LGBT Arabs.”

They noted that all their subjects were proud of being LGBT+, which helped them dissect layers of identity that included class, national identity, and being LGBT+ in New York City. Their study found that all subjects expressed sentiments about being racialized, being discriminated against, and feeling exoticized. The group’s experiences were unique enough that a community separate from the LGBT+ community has formed, they said. They spoke of a burgeoning scene expressed in art, music, and culture at nightclub parties such as Yalla! and via community groups, such as Tarab NYC.

Teenage Girls on the Verge

Senior Gillian Russo majored in journalism. Her presentation, “Women Of Mass Destruction: Power, Violence, and the Supernatural in Teenage-Girl Theatre,” examined four recent plays that combine violence and witchcraft as perpetrated by teenage girls. The plays were produced and directed by women and non-binary artists. Russo asserted that the plays shocked audiences with an uncomfortable truth that teenage girls—”the last group you’d expect to be violent”—could also be viewed as “natural partners” to horror.

Russo chose the plays because she saw a trend developing between magic, witchcraft, and teenage girls in the theater. She also noted that the plays took on societal views of women more broadly. Too often media employs the catty girl trope, she said, and ignores the depth of adolescent emotion that could rise to the level of theatrical violence.

“Most girls aren’t necessarily this violent in real life, but in the elevated world of the theater you can go to extreme examples,” she said. “What better way to drive that home than putting it live on stage in front of you, and showing the most extreme thing that a girl can do, like violence, so she can lead her own charge for self-recognition and self-realization?” 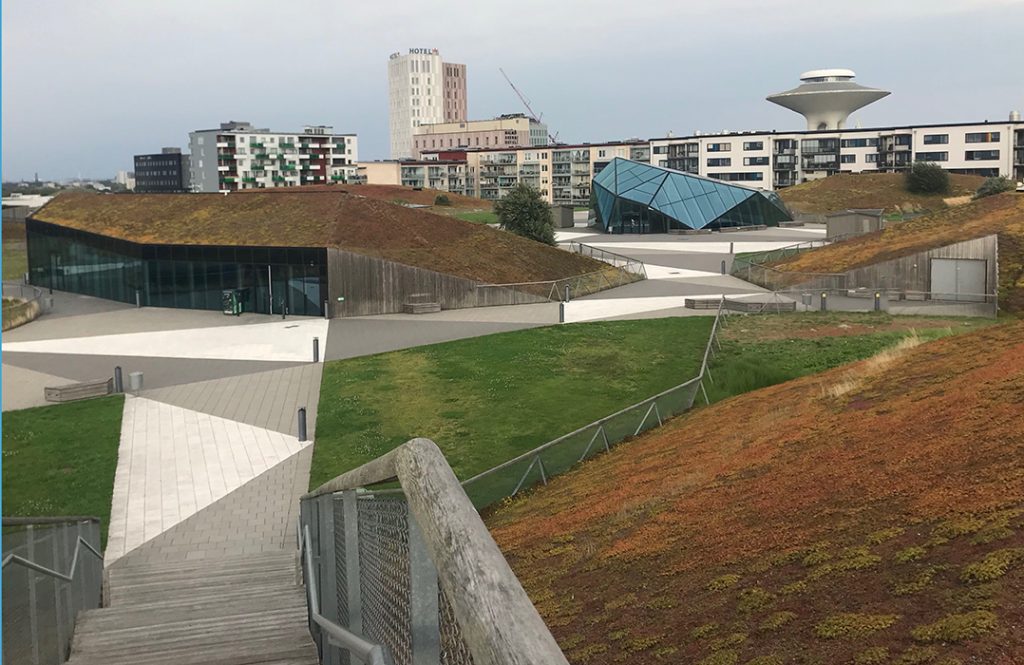 Lydia Hallett, a senior majoring in environmental studies, presented on “The Cost-Benefit Analysis of Urban Green Roofs.” After studying abroad in Sweden, Hallett saw a proliferation of green rooftops there and decided to conduct a cost-benefit analysis of green rooftops in New York. She found herself with more questions than answers.

“In my research that I wanted to understand these kinds of large solutions, and what it actually means for a city to take that on,” said Hallett.

“No one wants to put a price tag on nature, but that’s kind of what has to be done for order in order for people to understand the benefits of green roofs,” she said.