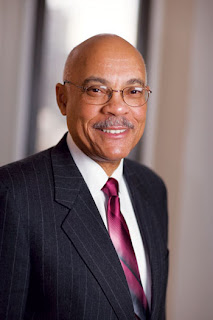 Vaughan was presented with the 2011 award, which was announced last June, at a ceremony in Washington, D.C. at the NASW headquarters. The awards recognize individuals who are models of excellence and have made significant contributions in the field of health and mental health.

Vaughan has served as dean of GSS since October 2000. Previously he was the associate dean for academic programs and associate professor at the University of Pennsylvania School of Social Work.

Under Dean Vaughan’s leadership, the GSS has become Fordham’s highest-ranking school, named No. 11 in the nation among graduate schools of social work by U.S. News &amp; World Report.

“Dr. Peter Vaughan has served our profession with extreme sensitivity, skill, and respect for professional values, organizational vision, and compassion for the vulnerable who are so often put aside or ignored in our society,” said Julia Watkins, outgoing executive director of the Council on Social Work Education. “He never hesitates to step forward and make a commitment to the work at hand.”

“Peter Vaughan has dedicated his life to serving others both in the military and out,” said Robert Arnold, director of the NASW Foundation. “The Social Work profession has been fortunate to have such a dedicated worker.”

The NASW is the largest membership organization of professional social workers and has nearly 145,000 members nationwide.