It’s never too early to think about college.

A group of kids from Hour Children, a nonprofit that supports incarcerated women and their children, got a taste of college life during a visit to Fordham’s Rose Hill campus last week. Ranging in age from 9 to 16, the kids shook things up in Fordham’s seismic station, ate lunch in the cafeteria, and even got a peek at a dorm room. 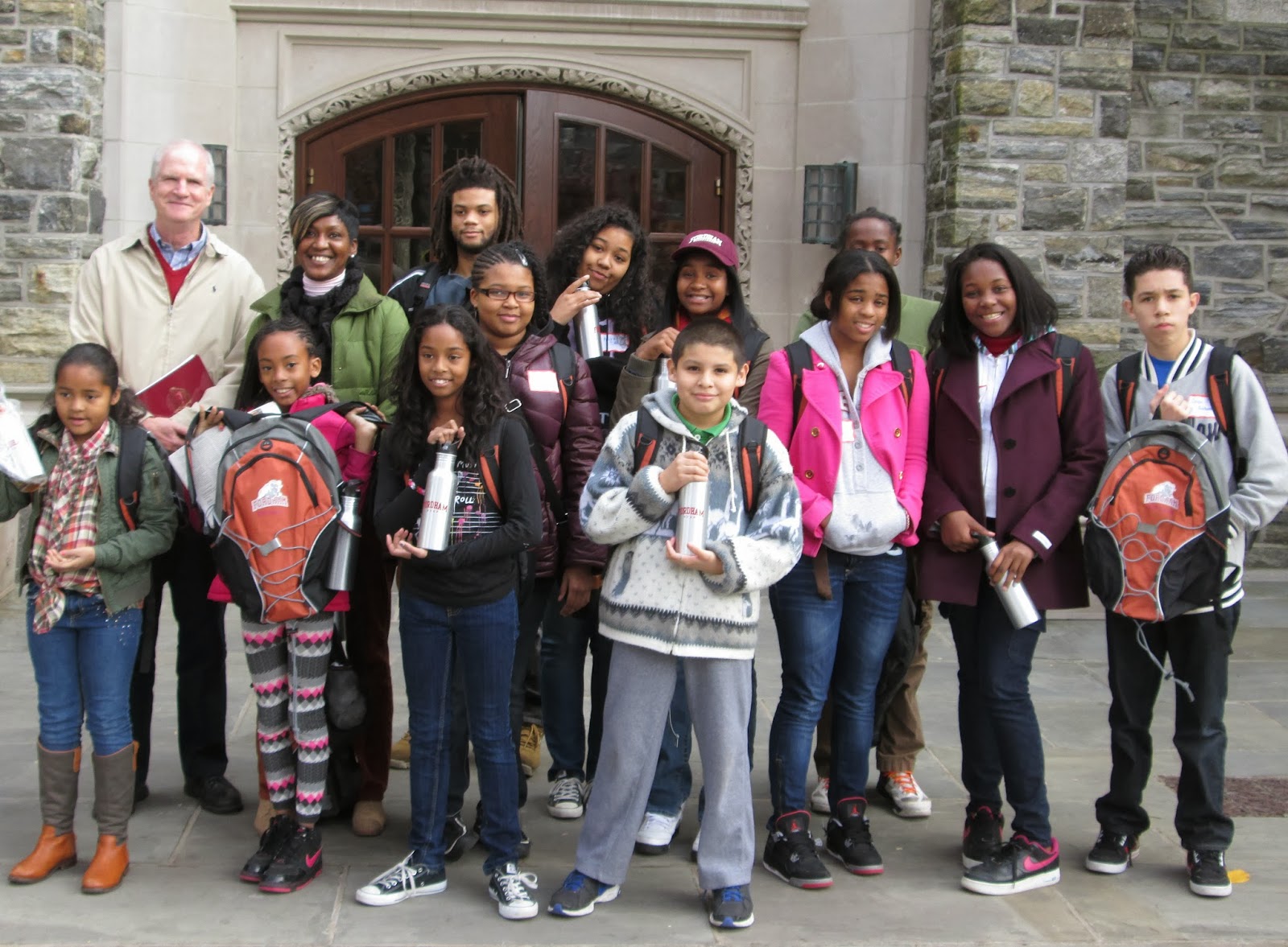 “They were terrific with the children,” said George McCartney, FCRH ’68, LAW ’74, a member of Fordham’s President’s Council and a longtime volunteer with the Long Island City-based Hour Children.

“And the director [of Fordham’s CSTEP, Michael Molina,]made a very important point. He said to them, ‘You belong here. This is not just a place you’re coming to look at.’”

Kiki Leonard, 15, a counselor-in-training at an Hour Children afterschool program, said her visit to Fordham was “a great experience.”

“I learned a lot from it,” she said, adding that she enjoyed hearing about the University’s extracurricular activities. The CSTEP students she met inspired her to apply to Fordham’s STEP program (CSTEP’s counterpart for high school and junior high students).

“I’ve wanted to be a doctor since I was in eighth grade,” she said. “A pediatrician. I love kids.”

Most of the young people from Hour Children had not had any exposure to higher education, said McCartney, former vice president and general counsel of Nippon Life Insurance Company of America, who arranged the visit.

“I thought it would be very good for them to see Fordham, to show them what was available to them if they did their work in school and applied themselves,” he said.

Breaking into small groups, the Fordham students talked to their eleven young visitors about college life, as well as the CSTEP and STEP programs. Both programs encourage minority students to pursue careers in healthcare, the sciences, technology, and licensed professions by offering internship opportunities, test prep, tutoring, and more.

At the William Spain Seismic Observatory, the kids jumped up and down to create their own “earthquake,” making the seismometer shift. They also received a mini lesson on radioactivity from Benjamin Crooker, Ph.D., associate professor of physics at Fordham, who runs the station, which has been recording the Earth’s rumblings from different locations on the Rose Hill campus since 1923.

“They really enjoyed the talk and they asked some terrific questions,” said McCartney, whose wife, Mary Jane McCartney, TMC ’69, sits on Fordham’s Science Council and serves with him on the President’s Council.

The visit also included stops in Hughes Hall, home of the Gabelli School of Business; the University Church; the William D. Walsh Family Library; the cafeteria in the McGinley Center; and Loschert Hall, where the kids got an up-close look at a student’s room.

“I think it really inspired them to be interested in higher education,” said McCartney, “and it was fun.”