Fordham announced in March that the Rev. Dr. Calvin O. Butts, III, will address the Class of 2022 at the May 21 Commencement ceremony, where he will receive an honorary doctorate of divinity.

The University will also bestow honorary degrees on seven other notable figures at Commencement this year. Fordham will grant a doctorate of humane letters to Bill Baccaglini, former CEO of the New York Foundling; Kim Bepler, philanthropist and trustee fellow; Rosamond Blanchet, R.S.H.M., MC ’62, area leader and former provincial superior of the Religious of the Sacred Heart of Mary; Mandell Crawley, GABELLI ’09, managing director and chief human resources officer at Morgan Stanley; and Patrick J. Foye, FCRH ’78, LAW ’81, former chairman and CEO of the Metropolitan Transit Authority. Baccaglini will be the speaker at the Graduate School of Social Service ceremony on May 24, while Crawley will speak at the Gabelli School diploma ceremony for master’s and doctoral graduates, also on May 24. Laura Swain, chief judge of the U.S. District Court for the Southern District of New York, will receive an honorary doctorate of laws and will speak at the Law School diploma ceremony on May 23. Archbishop of Washington Wilton Cardinal Gregory, presider at the Baccalaureate Mass at Rose Hill on May 20, will receive an honorary doctorate of divinity. 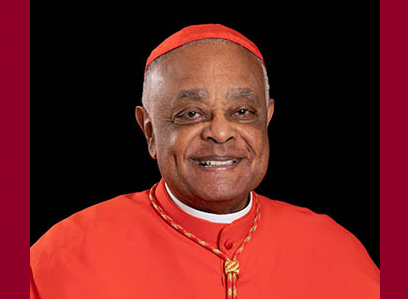