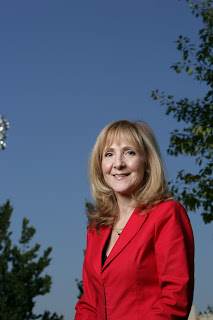 Celia Fisher, Ph.D., has been named a 2012 Fellow by the AAAS.
Contributed Photo

The American Association for the Advancement of Sciences (AAAS) has named Celia Fisher, Ph.D., the Marie Ward Doty University Chair and professor of psychology, as a 2012 AAAS Fellow.

Fisher, who is also the founding director of Fordham’s Center for Ethics Education, is one of 702 AAAS members around the world to be named a Fellow for their significant efforts to advance science.

Fisher has been recognized for her “distinguished contributions that enhance the responsible conduct of science across disciplinary boundaries through innovative research, regulatory leadership, and ground-breaking education and training initiatives.”

“I am thrilled and honored that through this award, this prestigious group of scientists has recognized the importance of creating an evidence-based approach to research ethics and the contributions that social science can make to enhancing regulation and training that promotes the best of science- and research-participant protections,” Fisher said.

The 2012 AAAS Fellows will be formally announced in the AAAS “News &amp; Notes” section of the journal Science on Nov. 30, and will be presented on Feb. 16 at the Fellows Forum during the 2013 AAAS Annual Meeting in Boston.

In addition to directing the Center for Ethics Education, Fisher is a past chair of the Environmental Protection Agency’s Human Studies Review Board and a founding editor of Applied Developmental Science. She is the author of Decoding the Ethics Code: A Practical Guide for Psychologists (Sage Publications, 2009) and is the co-editor of eight books.

In 2011, Fisher was awarded a five-year grant from the National Institute on Drug Abuse to develop the Fordham HIV Prevention Research Ethics Training Institute (RETI) to offer ethics training and financial support for a mentored research project that will contribute to evidenced-based research ethics practices.

Her research interests include ethical issues and the wellbeing of vulnerable populations, including ethnic minority youth and families, active drug users, college students at risk for drinking problems, and adults with impaired consent capacity.