skip to main content
Return to Fordham University
You are at:Home»Inside Fordham»CBA Alumna: From the Peace Corps to the Diplomatic Corps 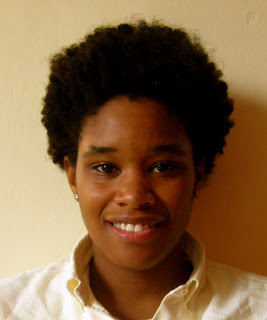 Keondra Bills, CBA ’06, has been named a 2010 Thomas R. Pickering Foreign Affairs Fellow, one of 40 new fellows named this summer who “have demonstrated promise across a range of areas crucial to United States Foreign Service Officers.”

Bills, a student at Columbia University’s MPA program in development practice, served in the Peace Corps as an environment/business volunteer in Fiji from May 2008 to June 2010.

Administered by the Woodrow Wilson National Fellowship Foundation for the U.S. Department of State, the Pickering Fellowships develop a source of well-prepared men and women from academic disciplines who fulfill the skill needs of the United States Department of State and who are dedicated to representing America’s interests abroad.

The Fellowship will provide support for Bills’ graduate work at Columbia University in preparation for her entry into the U.S. Foreign Service. The 14th class of graduate fellows receive financial support towards a two-year, full-time master’s degree program in a related field such as public policy, international affairs, public administration, or other academic fields such as business, economics, political science, sociology or foreign languages.

Fellows in both graduate and undergraduate programs participate in one domestic and one overseas internship. They commit to three years of service as a foreign service officer for the U.S. Department of State, contingent on their passing the Foreign Service examinations. The Foreign Service, a corps of working professionals who support the President of the United States and the Secretary of the United States Department of State in pursuit of the goals and objectives of American foreign policy, are “front-line” personnel who can be sent anywhere in the world, at any time, in service to the diplomatic needs of the United States.

The Thomas R. Pickering Foreign Affairs Fellowship Program is named in honor of one of the most distinguished and capable American diplomats of the latter half of the 20th century. Mr. Pickering held the rank of Career Ambassador, the highest rank in the U.S. Foreign Service. He served as Ambassador to Nigeria, El Salvador, Israel, India, and the Russian Federation, finishing his career as Under Secretary of State for Political Affairs.