“Carolyn was a vigilant Public Safety officer and also a caring and kind presence at the plaza-level desk at McMahon Hall, where she worked for many years before moving to a security desk at Fordham Law School. She was known for her sense of humor, for showing utmost devotion to her duties, and for the pride in her family that lit up her days,” said Joseph M. McShane, S.J., president of Fordham, in a University-wide email. “They were a source of joy that clearly carried over into her work, and into her dealings with all who knew her at Fordham.” 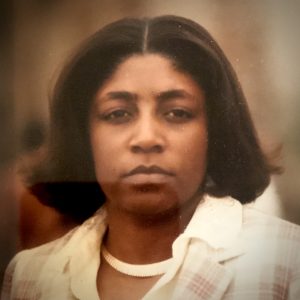 Selman in her 20s

Selman, an employee of the University’s security contractor, Allied Universal Security Services, started working at Fordham’s Lincoln Center campus in 2003. She spent more than a decade manning the McMahon Hall front desk on the 3 to 11 p.m. shift. In recent years, she worked during the daytime at the Law School’s plaza desk.

Selman was a good, no-nonsense guard who was also warm and caring and looked out for students, said Robert Dineen, director of public safety. She was also a proud mother and grandmother who loved to share stories about her family, said Jenifer Campbell, Ed.D., dean of students at Lincoln Center.

“Carolyn was all about family. That really touched my heart because her capacity to love her family segued into her role at Fordham,” said Campbell. “She exuded that same level of care and concern as it related to her family, and I think it transitioned to her love for the Fordham community.”

Selman was born on July 12, 1955, to Selina Thomas and William Broome in Harlem, the youngest of four daughters. Her mother worked in a restaurant in Hell’s Kitchen called the Tellsa and her father was a painter. Selman graduated from Washington Irving High School in Manhattan in 1974. She studied business at Borough of Manhattan Community College, but she dropped out after she gave birth to her daughter, Ingrid, when she was 20.

Selman worked two different security jobs to pay for her daughter’s elementary and high school tuition at Saint Ann’s School, a private Catholic school in Brooklyn, and Cathedral High School, a private all-girls Catholic school in Manhattan. On Saturdays, they visited a Woolworths supermarket on 125th Street, where they sat at the counter and ate ice cream together, said Selman’s daughter, Ingrid. 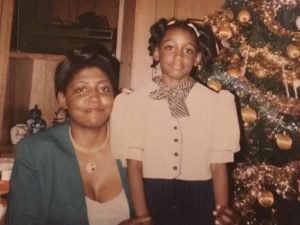 Selman and her daughter, Ingrid, in the 1980s

“I had aunts and cousins, but for the most part, it was just me and my mom. When she went to the beauty salon, I’d come with her. Wherever she went, I came with her,” said Ingrid, who is now an associate director at CollegeBound Initiative. “Even though I was her daughter, I was also her best buddy—her best friend.”

Selman’s maternal love extended towards her daughter’s friends, Ingrid said, who called her “Mama Selman.” When one friend was kicked out of her home in high school, Selman allowed her to stay at their place for a few months until she found a permanent place to stay. Selman also made sandwiches for her daughter’s high school friend, Melanie, after she tried Selman’s homemade meatloaf sandwich with mayonnaise and relish on raisin bread and fell in love with it.

“Ever since then, my mother made two lunches: one lunch for me, and one for Melanie, everyday for about a year,” Ingrid said. “She was always thoughtful. She always treated my friends like her own children.”

She treated the Fordham community with the same kind of love, too.

“When I would visit her at her security post, people would walk by and say hello to her. A few times, students went on spring break and got her souvenirs and things like that. She enjoyed what she did, and she enjoyed being a mom figure to the students and keeping them on their toes,” said Ingrid, who added that Selman worked only at Fordham since 2003. 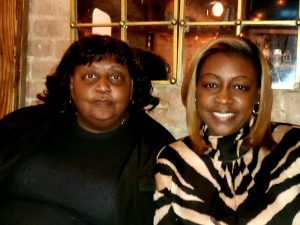 Selman and Ingrid in the 2000s

Selman was an outgoing, warm spirited woman with a great sense of humor, but at the end of the day, she was a homebody, said her daughter. She loved peaceful weekends spent at home, listening to slow jam mixtapes from old school artists like Donny Hathaway, Regina Belle, and Diana Ross. She was an excellent cook who took pride in her four-cheese macaroni and cheese and baked ham shank with pineapple slices and brown sugar, and she was a bargain hunter who started shopping for Christmas gifts as early as September. She was a sentimental person who saved special possessions for years, including handwritten cards and a mirror adorned with seashells that her daughter bought her in Mexico.

She was also thoughtful and attentive to detail when she bought presents for her loved ones. When Ingrid graduated from SUNY New Paltz, Selman bought her a leather briefcase for her first “real world” job. She also loved buying winter coats and toys for her grandchildren. Recently, she put together an Easter basket for her six-year-old granddaughter, Tamiya.

“My mom didn’t have much, but whatever she had, she would give,” Ingrid said. “She was very generous and thoughtful that way.” Selman in the Bahamas

What most people don’t know about Selman is that she won a free weeklong trip to the Bahamas through a 98.7 KISS FM radio station raffle in the early ’90s, said her daughter.

“She won a trip to the Bahamas, and she took me,” said Ingrid. “She could’ve taken anyone in the world, but she took me.” 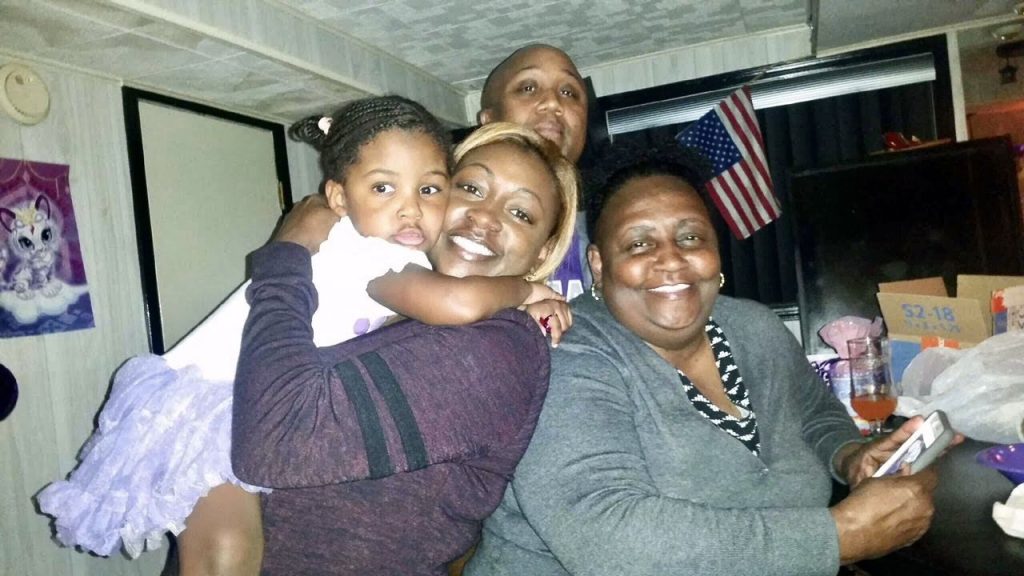