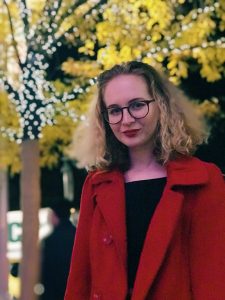 Cat Reynolds, a junior at Fordham College at Lincoln Center, readily admits that she is not the first person to discover that Santa’s reindeer would have to be female.

But she’s likely the first person to get a job after making the observation.

“One of them was about Rudolph the Red Nosed Reindeer, and the fact that female reindeer retain their antlers over the winter, while male reindeer shed them,” she said.

“I was wondering, is that true?  There are a couple of articles written about it already, but I got excited and tweeted about it.” 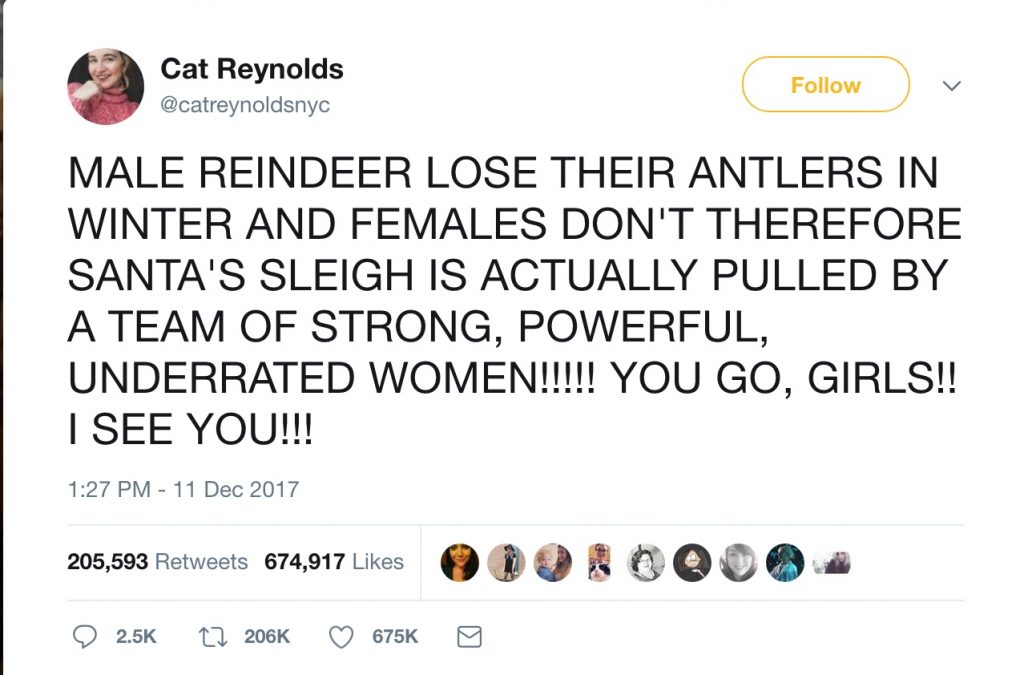 Within just a few days, her tweet had achieved viral status, with 205,593 retweets and 674,917 likes as of Dec. 15. The observation about female reindeer—which, by the way, like cattle are actually called “cows,” not “does,”—also drew the attention of Bustle, People magazine, Good Morning America and made an impression across the Atlantic as well. Reynolds said the U.K.-based New Statesman  has hired her to write a satirical article for them.

“It’s so weird that my first paid writing assignment is resulting from an odd tweet about reindeer,” she said.

An editor for the Lincoln Center campus literary magazine the Comma, Reynolds said she hopes to write for publications such as National Geographic upon graduation, with an eye toward the sensibilities of the Science Christmas Carols video that inspired her.

“I really like the fun little spinoffs that catch people’s attention. I don’t know that I would have ever read an article about the environmental implications of fake Christmas trees, but this funny, cute video really caught my attention,” she said.