skip to main content
Return to Fordham University
You are at:Home»University News»Bringing Campus Culture to the Band of Brothers

Yvette Branson, PhD, is a psychologist with the Department of Veterans Affairs who coordinates programming and training for the Veterans Integration to Academic Leadership, or VITAL. Recently, Branson opened a VITAL office at Fordham’s Lincoln Center campus. The initiative is in place to help veterans translate their military skills to a university setting, through counseling and an effort called Military Cultural Competency Training. 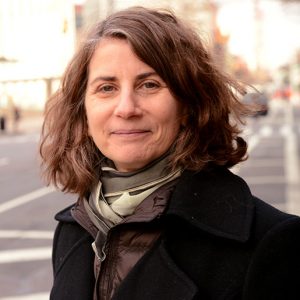 “We knew we had to reach out to the vets,” she said. “And thousands were coming to New York to go to college.”

In the military, said Branson, there’s a sense of belonging. “Vets really have that ‘band of brothers’ mentality, and they lose it when they leave,” she said. “They [also]had a job to do from moment to moment—and that can be quite meaningful.”

Civilian life is far less structured, she said. And while tens of thousands of veterans are making that transition on college campuses throughout the country, very few members of a campus community fully understand military culture.

One of Branson’s roles is to help mesh the two communities through training.

Branson grew up in a military family on Long Island. Prior to turning to psychology, she had a musical career playing the French horn in the Jerusalem Symphony and throughout Europe. She also worked as a grade school teacher on her return to New York. She said her background in the arts has given her “a certain amount of freedom” to think creatively about programming.

She has also followed in her father’s footsteps—he was both a veteran and a psychologist.

She described her dad as a “poor kid from Brooklyn” who benefitted from the first GI Bill after World War II. That government-sponsored program helped put him through college.

Branson credits her father with making aware of the needs of returning veterans. It has also become the focus of her research in what is her third career.

“On many campuses it’s a simple question of ‘Who are these vets?’” she said.

The VITAL training is available for any member of the Fordham community. It accommodates 25 people and takes about 45 minutes, though Branson said she could adapt time and audience size to suit a department’s needs.

Regarding extra needs for veterans, Branson said that she is available at her office and is able to arrange off-campus sessions with therapists as needed. She’s also been promoting tele-health, a secure online network for student veterans to meet face-to-face with a therapist via their laptops. This can be helpful if they have a complicated course schedule.

She said that many veterans at Fordham are already aware that if “something is going on” they should reach out for help. The next step, she said, is to make sure the rest of the community, particularly faculty and staff, are familiar with any warning signs that could lead to self-harm.

“I can’t be the only one,” she said. “We need to train everybody so we all can be the eyes.”

Yvette Branson can be reached at Yvette.Branson@va.gov