skip to main content
Return to Fordham University
You are at:Home»University News»Bringing Ancient Texts to Life 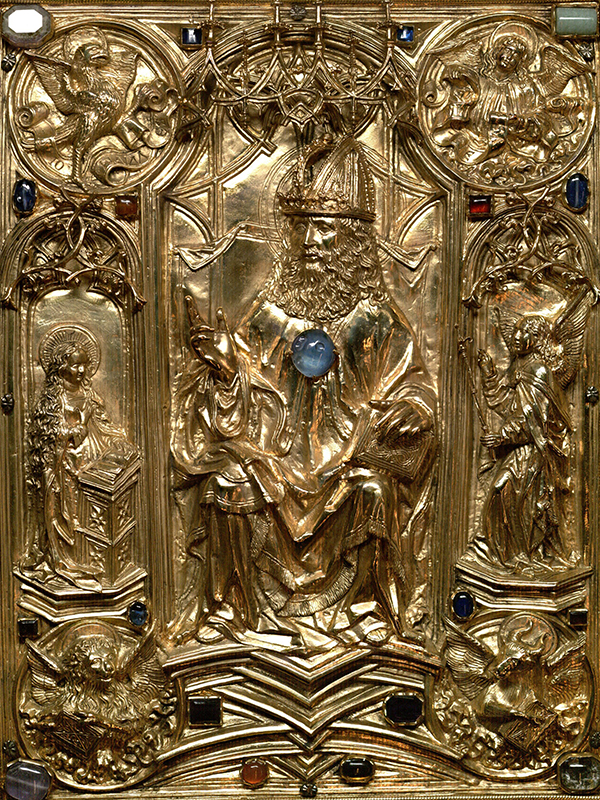 Cover art from facsimile of the Coronation Gospels, created for Charlemagne

Longtime Fordham Libraries patron James Leach, M.D., has once again given a bounty of high quality facsimiles to the Special Collections, his second donation of copies of medieval religious texts.

The books, which the library has begun to digitize, use contemporary color printing methods to achieve exacting color replications. The gold leaf, however, is applied by hand and can be found throughout both texts, just as was done in the originals. The books include reproductions of the Coronation Gospels created for Charlemagne, a 15th-century Hebrew bible, and several other religious texts from the 13th to the 15th centuries.

Although not an alumnus, Dr. Leach developed a relationship with Fordham based on his love of the Catholic Church and of lifelong learning, he said. He remembers the first time he heard Mass in Latin at Holy Trinity Church in Passaic, New Jersey. From there, his interest in medieval texts and manuscripts grew, he said.

“I think people say you see God in church architecture and in the stained glass, but God is also there in the illuminations alongside the printed word,” he said.

Graduate School of Arts and Sciences master’s degree candidate Kevin Vogelaar has been scanning the materials for the library website. He said that, as a medievalist, he’s struck by how “eerily similar they are to the originals.” 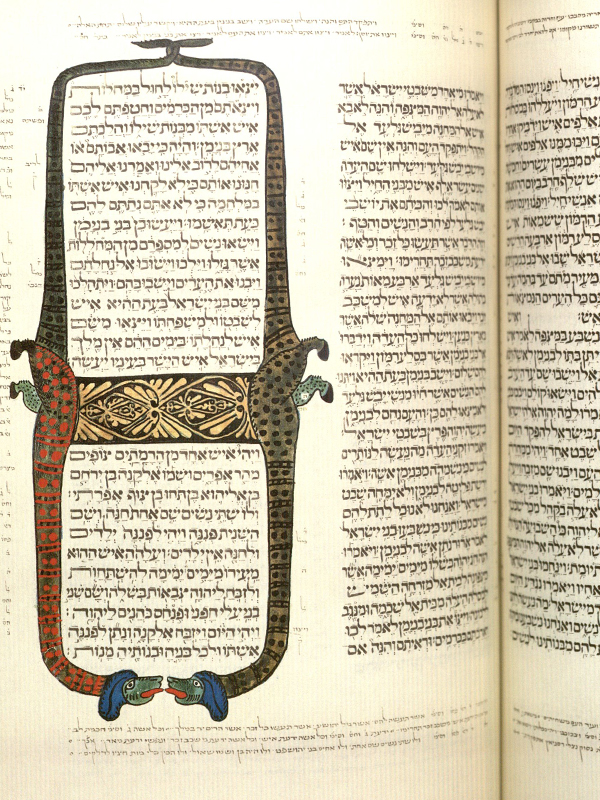 Detail of page from the facsimile of the Kennicott Bible, originally printed in 1476 in Spain

“It’s an unparalleled opportunity to engage with these texts in ways that would be incredibly difficult or impossible to do otherwise,” he said.

Many of the books, in fact, are reproduced on a kind of processed paper that provides a similar texture to the original, while a few even use a prepared parchment so that they feel nearly exact. “The idea is that you can physically touch and engage without having to worry about fragility,” said Vogelaar. “It allows scholars to learn how to read the texts before handing the real thing, and allows them to have a dry run.”

The high quality makes it’s easy to forget that the reproductions are not the real thing, however, he said, and researchers can “get a chance to understand what it’s like to engage” in a dialogue with the text and its creator.

“It’s almost impossible to divorce the texts from the people who made them,” he said.