“Fordham is blessed—a word I do not use lightly—with an exceptional Board of Trustees,” said Joseph M. McShane, S.J., president of the University. “Our eight new trustees typify the generosity, wisdom, and dedication of Board members. I, and the University, are indebted to them for the time, treasure, and care they bring to Fordham, and especially to our students. I look forward to working with them as we navigate this most challenging of years.”

In the past decade, former and current board members have helped establish endowed chairs and endowed or current-use scholarship funds, fund the construction and renovation of buildings on campus, and guide University policies and initiatives. Recently, the board helped develop the University’s anti-racism action plan and mandated annual anti-racism training for all faculty, administrators, staff, and students—including the president’s cabinet and the board itself. Below are the condensed bios of this year’s newly elected trustees. 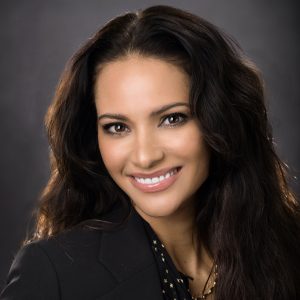 Founder and Executive Director, One Girl

Barakett is the founder and executive director of One Girl, Inc., a nonprofit that develops young women into leaders through charity, advocacy, and community organizing. She is also a two-time beauty pageant winner; she won the Miss New York USA title in 2005 and Mrs. New York America in 2010. An unusual obstacle in her courtship with her husband, Brett Barakett, led her to become an anti-cyberbullying advocate who has pushed for passage of the E-Impersonation Prevention Act, New York Senate Bill S5871-A, which would elevate the crime to a felony. Barakett graduated from Fordham’s Graduate School of Social Service with a master’s degree in nonprofit leadership in 2016. That same year, One Girl and GSS’s Institute for Women & Girls hosted its first “Women in Charge” conference, which became an annual event for several years. More recently, Barakett served as a panelist in Fordham’s 2018 Women’s Philanthropy Summit and a member of the President’s Council. The Baraketts are finalizing plans to establish an endowed scholarship fund at Fordham in loving memory of their son, Lincoln. 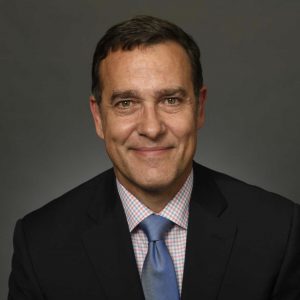 Ulderico “Rick” Calero Jr. is a financial services executive with more than two decades of experience. Before joining BNY Mellon Wealth Management, he spent six years at TIAA, where he served as senior managing director in institutional financial services and president and CEO of TIAA-CREF Trust Co. FSB. He has also held various senior executive roles at Umpqua Financial Holdings, Citigroup, and Regions Financial. In addition, he is a fellow of the Aspen Institute’s Finance Leaders Fellowship, a member of the Aspen Global Leadership Network, and a board member of the Bank Administration Institute. For nearly 12 years, he served in the U.S. Army in various positions, including as a Green Beret. He earned a bachelor’s degree in economics from Fordham College at Lincoln Center and an MBA from Southern Methodist University’s Cox School of Business. As a Fordham student, he received an ROTC Scholarship. He is a past member of Fordham’s President’s Council, where he mentored current students and helped fund key initiatives. Calero and his wife, Nancy, whom he met in the sixth grade, have three children. 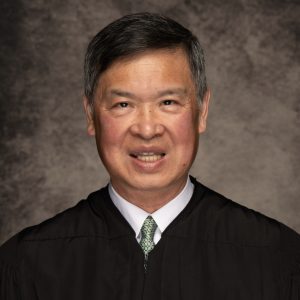 Chin is the first Asian American to win a federal judicial appointment on the East Coast and an award-winning circuit judge who has presided over many notable cases in his judicial career, including the sentencing of infamous Ponzi schemer Bernie Madoff. A Hong Kong native, Chin graduated magna cum laude from Princeton University and earned his law degree from Fordham Law School, where he served as managing editor of the Fordham Law Review. Over the next four decades, Chin climbed the ranks in the U.S. courts and private firms, from law clerk, to associate, to assistant U.S. attorney, to partner, to U.S. district judge, to his current position. He is the recipient of multiple awards, including the Spirit of Excellence Award from the American Bar Association, the Edward Weinfeld Award from the New York County Lawyers Association, and the Medal of Achievement from the Fordham Law Alumni Association. At Fordham, he is an adjunct professor of law who has regularly taught first-year legal writing since 1986. Chin and his wife, Kathy Hirata Chin, have two children. 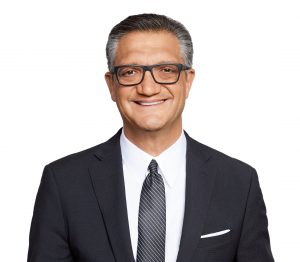 Emanuel “Manny” Chirico is chairman and CEO of PVH Corp., the world’s second-largest apparel company and parent company to brands like Calvin Klein and Tommy Hilfiger. He has received numerous accolades for his work, including being named to the NRF Foundation’s List of People Shaping Retail’s Future in 2020 and induction into the Business of Fashion 500 Hall of Fame in 2019. Born and raised in the Bronx, Chirico serves on the boards of Montefiore Medical Center, Save the Children, United Nations Global Compact, and other organizations; he has previously served on the Fordham Board of Trustees. This year, Fordham and PVH entered a new partnership: PVH will donate $1 million to the Gabelli School of Business to enhance sustainability curriculum and support speakers, visiting scholars, and academic conferences. Chirico and his wife, Joanne, have supported other University initiatives and incorporated lessons from Fordham into their daily work. Two of their three grown sons are Fordham alumni. The couple will be honored at the Founder’s Dinner on March 22, 2021. 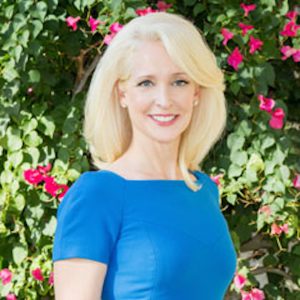 Jordan is the executive director of the Gerald R. Jordan Foundation, a nonprofit named for her husband that champions education, health and medical research, youth services, and the arts. She is a former assistant attorney general of Massachusetts, where she served in the insurance fraud division from 1996 to 1999. Previously, she was an assistant district attorney in the Norfolk district attorney’s office. She served as a national finance co-chair for Mitt Romney for President in 2008 and 2012, and was the state finance chair for Florida Gov. Rick Scott in 2014. At Fordham, Jordan and her husband established the Darlene Luccio Jordan, Esq., and Gerald R. Jordan Jr. Endowed Scholarship, which gives preference to undergraduates from Boston high schools. Jordan served as co-chair of Excelsior | Ever Upward | Campaign for Fordham and Faith & Hope | The Campaign for Financial Aid, the University’s most recently completed campaign to help finance opportunities for Fordham students. She has previously served on Fordham’s board. Jordan and her husband, Jerry, live in Florida with their daughter, Charlotte. 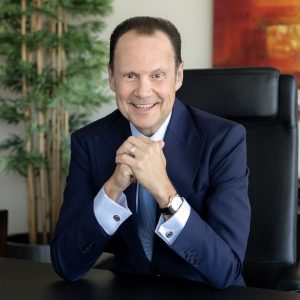 Nuñez is adviser and former chairman of the global distribution group and chief content licensing officer for ViacomCBS, where he oversaw all content licensing for ViacomCBS-owned programming to third-party platforms and monetization of the industry’s largest library of film and television titles. Nuñez, who has held senior leadership roles in international media for more than two decades, also directed CBS Television Distribution, which produces and distributes industry-leading franchises including Entertainment Tonight and Jeopardy!. He has been recognized by multiple organizations for being a major television influencer. In 2014, he was No. 7 on The Hollywood Reporter’s list of the top 25 Latinos in entertainment. Nuñez graduated from the Gabelli School of Business with a bachelor’s degree in marketing and management. In 2012, he established the Nuñez Family Scholarship Fund for full-time Gabelli students, with preference given to students who are economically disadvantaged or part of underrepresented populations. He has previously served on the Fordham Board of Trustees. 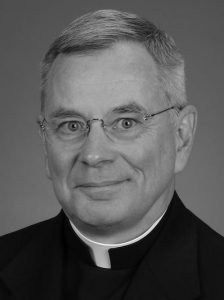 This past summer, Father Regan became the leader of the Jesuit community at Fordham. In 1980, he began his academic career at Fairfield University as an instructor of philosophy and went on to become associate professor and chair of its philosophy department and associate dean of the College of Arts and Sciences. His work at Fairfield earned him the Most Influential Educators award, given to five faculty members, every year from 1990 to 1995. He also spent nearly a decade at Loyola University in Chicago, where he served as an associate professor of philosophy, academic dean at St. Joseph College Seminary, director of the Jesuit First Studies master’s program, and dean of both the College of Arts and Sciences and the Graduate School. From 2010 to 2011, he was a visiting associate professor of philosophy at Fordham. Father Regan also served as Provincial for the New England Province of the Society of Jesus for six years. He has served previously on Fordham’s board. He is the new co-chair of the Mission and Social Justice Committee with Trustee Anthony Carter. 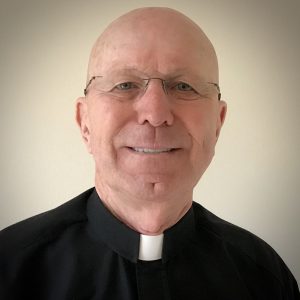 Father Salmi, previously the head of Fordham University’s London Centre from 2014 to 2020, is currently the rector of the Jesuit community at Loyola University Chicago. A native of Cleveland, Father Salmi has served in various roles throughout his life, including director of community service programs; coordinator of spiritual counseling for people with AIDS, their families, friends, and caregivers; and vice president of student affairs at Loyola University Chicago. From 2009 to 2013, he served as president of Spring Hill College, where he oversaw the opening of a center in Bologna, Italy. Father Salmi has been a member of nearly a dozen boards, including Cristo Rey Jesuit High School in Chicago and the Association for Student Affairs at Catholic Colleges and Universities. Among other degrees, he holds a Master of Divinity degree from the Jesuit School of Theology of Santa Clara University and a Ph.D. in higher education administration from Boston College.