skip to main content
Return to Fordham University
You are at:Home»University News»Billionaire Who Gave Away Nearly Everything Honored by Fordham 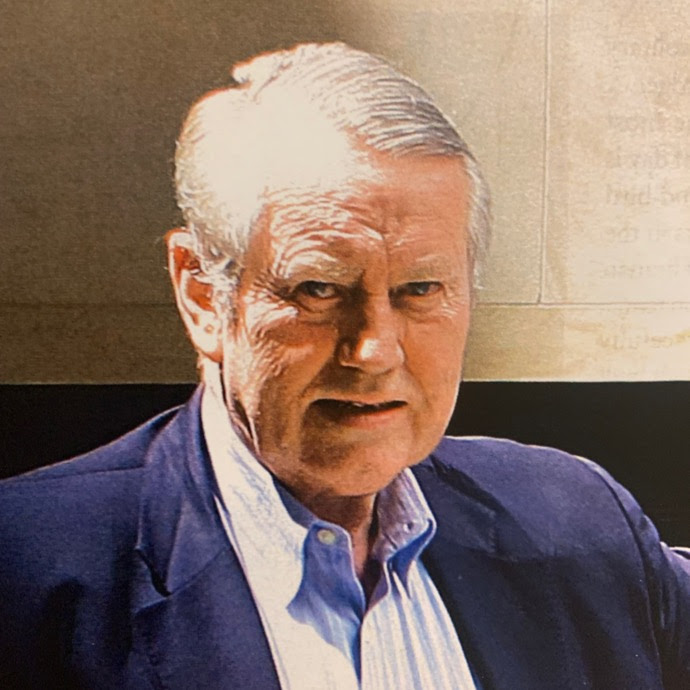 Charles F. (Chuck) Feeney, a man whom Forbes Magazine once dubbed “the James Bond of Philanthropy” for the stealthy way in which he gave away an estimated $8 billion to charities, foundations, and universities, received an honorary doctorate of humane letters from Fordham in an online ceremony on March 8.

The virtual ceremony spanned three time zones, with Feeney and his wife Helga at their apartment in San Francisco and Fordham’s president, Joseph M. McShane, S.J., and provost, Dennis Jacobs, Ph.D., at the Rose Hill campus in the Bronx. Former School of Law Dean John D. Ferrick, who nominated Feeney for the honor, was also present at the Rose Hill ceremony. The event was shared widely with the Fordham community.

Father McShane lauded Feeney for his generosity and commitment to others.

“We tell our students here that the goal that Fordham has before it is always the goal of educating and graduating, and sending out into the world … women, and men for others, women and men whose lives are marked by character, conscience, competence, compassion, and indeed, commitment to the cause of the human family,” he said.

Feeney made his fortune as co-founder of the airport retailer Duty Free Shoppers. He was later credited with inspiring the Giving Pledge—created by Warren Buffet and Bill and Melinda Gates—which he signed in 2011. At the time, he wrote that the most rewarding, appropriate use of wealth is “to give while one is living—to personally devote oneself to meaningful efforts to improve the human condition.”

He funneled nearly all of his wealth into Atlantic Philanthropies, making it one of the largest private charitable foundations in the world. In 2012, he told Forbes that he’d set aside $2 million for his and Helga’s retirement, which meant he’d given away 375,000% more money than his net worth at the time.

In prepared remarks, Helga thanked Fordham on behalf of her husband.

“The pursuit of knowledge and understanding for the betterment of humanity is the highest of endeavors, one to which Chuck has devoted his life’s work,” she said, noting that they were gratified to learn about programs at Fordham that encourage service, cultural immersion, social justice, and community engagement.

“The continuing challenges of our times demand that universities imbue the next generations with the knowledge and the values that Chuck has supported and sought to advance.”

Father McShane said that Feeney is the embodiment of Fordham’s mission.

“We are pointing to you and saying, ‘If you want to know what we at Fordham are about, … look at the man to whom we give this honorary degree. His life has been really an ongoing fulfillment of our dreams.’”