skip to main content
Return to Fordham University
You are at:Home»Inside Fordham»Be the Evidence You Want to See 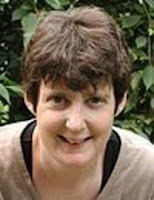 Mahatma Ghandi famously said ‘Be the change you want to see in the world.”

Eleanor Roosevelt, in her speech to the United Nations Commission on Human Rights, said “Where do human rights begin? In small places, close to home . . . the world of the individual person; the neighborhood he lives in; the school or college he attends; the factory, farm or office where he works.””

Tina Maschi, Ph.D., assistant professor of social work in the Graduate School of Social Service, is taking those concepts and applying them to a new lecture series at the Lincoln Center campus. Maschi, through her position as a 2010 Hartford Foundation scholar, has launched the Be The Evidence project at Fordham—a series of lectures and workshops designed to improve individual and community responses to today’s most critical social issues.

The first event on Feb. 8 features Thomas Larson, LSCW, a clinical social worker and federal probation officer, speaking on how to work with “involuntary” clients (i.e. persons who are forced into therapy, such as prisoners or juvenile offenders.) Several other events will follow over the course of the year.

Maschi said she was inspired to do the series by current debates in social work and other social service professions on how human rights and social justice can be realized. Whether in social work, medicine or psychology, whether a counselor, a scientist or a reformer, Maschi suggests we all ask ourselves whether we, ourselves, are “evidence” that the changes we’ve wanted to see have come about.

“We as humans tend to externalize problems as if they are outside of ourselves,” said Maschi. “In order to change these external problems or social ills, the change must start from within– if I want to combat oppression, have I carefully examined myself to eradicate any ways in which my actions oppress others?”

The inaugural lecture will be Feb. 8 at 7:30 in Room 713 of the Lowenstein Center on the Lincoln Center campus. The next event, on torture in U.S. prisons, will be March 17.