skip to main content
Return to Fordham University
You are at:Home»University News»At Work with John Gownley

John Gownley poses with Old Edgar Allan, the bell in the University Church tower (Portrait by Stephanie Roddy, FCRH ’17). Gownley contributed photos of the church and Queen’s Court he took over the course of the past year.
John Gownley is the assistant director of campus ministry for church operations and special events.

Gownley oversees the care of the Fordham University Church. He lives in Queen’s Court, where students can call on him for spiritual guidance any time of the day or night—and they have.

He grew up in Scranton, Pennsylvania, as part of a big Irish Catholic family where the church was as much a part of his culture as it was part of his faith. He has memories of his aunts saying the rosary in his grandmother’s living room, which he said always struck him as “a little extra,” but “beautiful at the same time.” He went on to study media and technology with an art history minor at the University of Scranton. 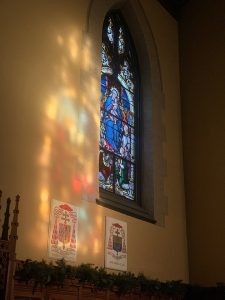 After graduating in 2006, Gownley worked in post-production for the movie industry before moving on to a job in the disabilities office at Georgetown University. He worked nights at Georgetown Prep’s boarding program as a housemaster, unwittingly jumpstarting a 15-year career as a live-in mentor to teens and young adults. In 2011, at the urging of “Father Phil” (Philip Florio, S.J.,) then director of Campus Ministry at Fordham, he applied for his current role. At the time, the role was that of a sacristan, a person who focuses on the liturgy, the sacred vessels, books, and general care of the church. Father Phil wanted the role to evolve, so he sought out a young person who would live in student housing as well. “They wanted the students to see someone who is involved in their faith life.” He noted that his colleague, Katie Anderson Kuo, associate director of campus minister for liturgy, also lives on campus. “Now she’s married to her husband Kevin and their children live in Jogues Hall,” he said. “We provide a support that’s not disciplinary. It’s the sort of environment that’s something a little above and beyond what you might get in a secular school.”

Gownley said he went through a “discernment process” during college, but not one that involved a calling to a religious order. “I’ve now come to believe that people are needed in certain roles,” he said. “For me personally, I feel I can be more accessible as a university administrator than as a Catholic priest. I have so much respect for the Jesuits and they always talk about their ‘companions in Christ’—those of us in all these different vocations. We’re called to the same work. To create a prayerful environment, it goes way beyond them or me. For example, there are our carpenters—and let’s not forget this is the year of St. Joseph [who was a carpenter]. These men have hand carved all the chairs on the altar; their craftmanship is their calling. Then there’s our ground staff, our custodians—even the word, custodian, means they’re caring for; this isn’t someone just cleaning up.”

Living and Learning on Campus

Gownley recently completed his Master’s of Social Work at the Graduate School of Social Service, which will 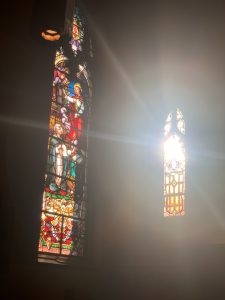 Sunset inside University Church on August 4, 2020

further inform his role as a counselor. “At Queen’s Court students can knock on my door at any time, even at 1 a.m. Now I have the language and credentials that hold a little more weight than my experience, which was pretty extensive too.” His GSS fieldwork included working with Margaret Monahan, executive director at Murray-Weigel

Hall (a nursing facility for Jesuits that is adjacent to Fordham’s campus). “I was on the macro leadership track. I observed how Margaret runs her ship and I got to sit in on the big briefings that combine the clinical with leadership.”

Catholic with a Small C: Fostering an Ecumenical Environment

“We want all our students to have access to healing through spirituality,” Gownley said. “I just want our students to feel that they can come and sit down and take a moment to reflect. A lot of our students are coming at spirituality from the angle of humanism. Sometimes, I think there’s a fear of naming themselves in a category, but they’re hungry, they want to be a good citizen and human. If we’re talking about self-care, that includes [for some]coming to the church to hear music or the liturgy. We also take to heart how we educate our students that are rooted in the Catholic Church. Mass on Sunday is part of self-care. Yes, you’re there to honor God for the week ahead, but also to bring things that you might bring to therapy. Just come here and let God do his work, her work, their work. 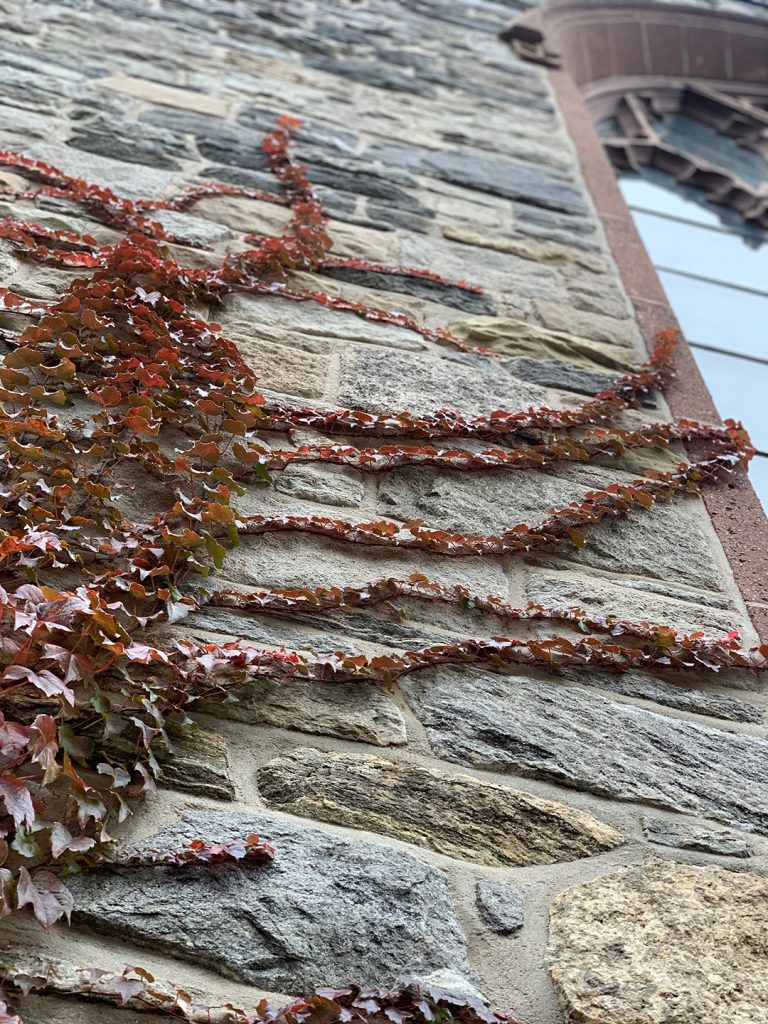