skip to main content
Return to Fordham University
You are at:Home»University News»Ars Nova and Beyond: Students Research Presents Fresh Take on the Familiar
Photo by Chloe Griffith, FCLC ’20, from the 2020 Senior Thesis Exhibition
With the dust of commencement ceremonies settled and end-of-year grades in, Fordham College at Lincoln Center Dean Laura Auricchio, Ph.D., took a second look at this year’s virtual Ars Nova Showcase and other FCLC student research projects completed amid the pandemic and hosted on a variety of platforms.

“It’s been so inspirational to me to see the students complete their research despite the disruption and, in many cases, adapting their work to address the current crisis,” said Auricchio.

While struck by the ingenuity of all the work online, Auricchio said there were a few that hit home. In particular, she was moved by a short video by rising senior Leeanna Hariprashad called “Remnants of Normality,” which depicts images of her family, friends, and classmates shot around New York City. Hariprasad, a visual arts major, added a simple description in the video’s text box that reads, “A collection of memories prior to the COVID quarantine.” The piece was one of 27 short videos made for the Fordham Student Film Festival.

“What I loved about this video was that it lively and really captured the spirit of the city,” she said. “It showed students enjoying the campus and their extended campus in Central Park.”

Remnants of Normality from Leeanna Hariprashad on Vimeo.

Honors Program graduate Ian Sokolowski created a brief cartoon history of New York’s oysters titled “Full Shell.” The environmental science major combined lessons from the lab with New York City history to portray the “mollusk once eaten more than beef, more than pork; a mollusk that once filled the shores of New York.”  Associate Professor of History Steven Stoll, Ph.D., mentored the project, which portrays several millennia of oyster history up to their current endangered state in New York City waterways. With the exception of short breaks of poetry, the book tells the history entirely through drawing. 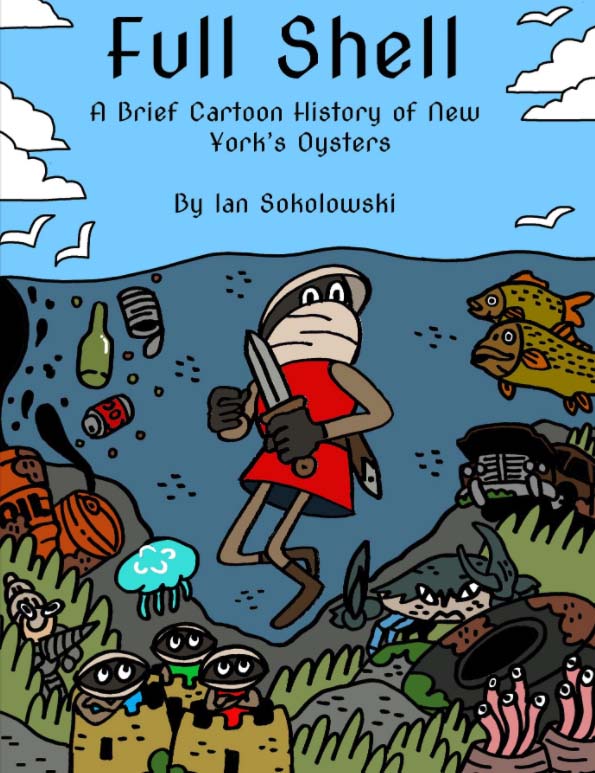 Charles Scheland just graduated with a double major in economics and dance (with the Ailey/Fordham BFA in Dance program). His Ars Nova presentation, titled “Assessing Pink-Tax Variations and Price Discrimination,” defined and explained the gender-based price differences in the same product, such as razors. He then explored whether the practice disproportionately affects poorer neighborhoods in New York City.

“While no substantial evidence of the pink tax was found at CVS or Walgreen’s stores, Rite-Aid did display the clear trend of higher prices for female goods,” Scheland wrote in his abstract. “Following that initial analysis, the correlation between income and price differential was tested and the correlation was a weak positive correlation, suggesting that actually wealthier neighborhoods were subject to more aggressive pink-tax discrimination.”

Auricchio, who lives on Manhattan’s Upper West Side, concurred.

“I am constantly railing against this practice. I look at the pink and blue razors and the pink is a dollar more, so I’m buying the blue razor,” she said. “Charles’ project in an excellent demonstration of how a Jesuit education can engage with real-world issues of equality.” 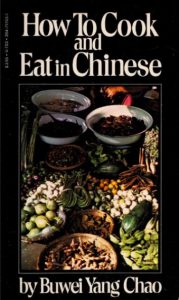 Claire Kai-Li Mondry, FCLC ’20, coincidentally investigated a topic that was explored this past year by the rising sophomore class. Her project, “How to Cook and Eat in Chinese: American Chinese Cookbooks as Guides for Authenticity,” examined cookbooks.

“My aim is not to chronicle the history of Chinese food in America, but to utilize American Chinese cookbooks as a guide towards imagining authenticity for Chinese in America,” she wrote in her abstract. “I contend that ‘authenticity’ is often used uncritically by culinary experts, food critics, scholars, and everyday diners in reference to a distant, mythic China.”

Finally, another standout from this year’s research fairs came from first-year exchange student Cristina Aubach Mauri of Argentina. Auricchio noted that exchange students add to the richness of the classroom experience–even when the experience is virtual.