skip to main content
Return to Fordham University
You are at:Home»Inside Fordham»Anything But Plain

Though modestly described in some literature as “plain wooden doors,” theUniversity Church’s nineteenth century doors can only be called “plain” in the sense that Horace used the term simplex munditiis, or perhaps “simply elegant.”

Recently restored, the three outstanding elements no longer fade into the woodwork. The tympanum (the top of the doors) goes back to the 1800s, where Mary, the Mother of God is depicted with a torch and sword on either side. The Latin inscription just below it, illi autem sunt in pace (“they, however, are in peace”) was added in 1948 when Francis Cardinal Spellman, then both Military Vicar and Archbishop of New York, dedicated the new Fordham University war memorial. The memorial can be found just inside the vestibule, where the names of Fordham alumni who gave their lives in service of their country during World War II are carved in oak panels.

What the doors’ recent restoration reveals is the third element, previously obscured by time and weathering: the four military service emblems: Army, Navy, Marines, and Air Force. The “plain wooden doors” are now truly a jewel of history at the landmark University Church. 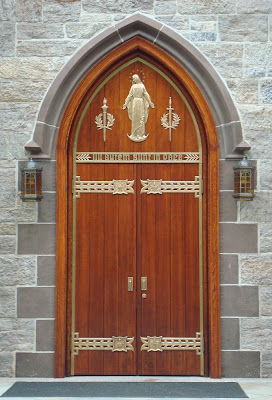 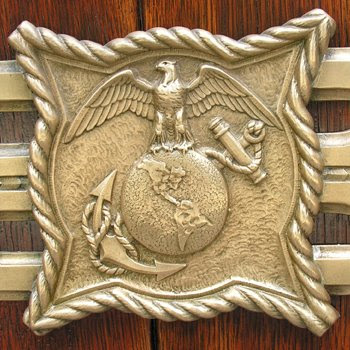 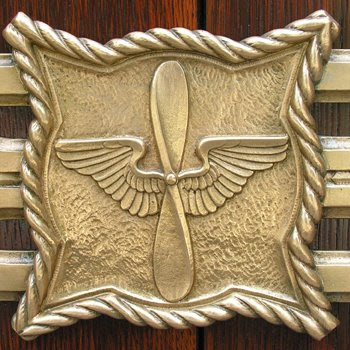 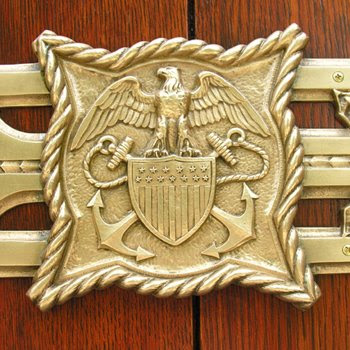 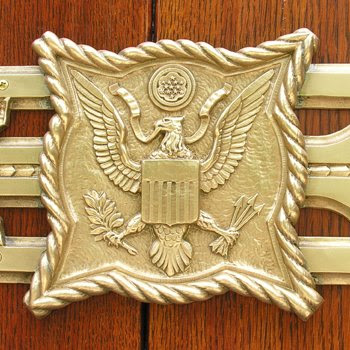