skip to main content
Return to Fordham University
You are at:Home»Inside Fordham»Alumni Spotlight: 1984 Graduate Sets the Stage for Jubilee

For the weekend of May 30–June 1, hundreds and hundreds of Fordham alumni, friends, and family will converge on Rose Hill for the annual Jubilee reunion. At the forefront of the Class of 1984’s gathering will be Sally Benner, who is leading the efforts for fundraising and attendance for her 30th reunion.

“If I can be beneficial to Fordham … that’s something that I want to do,” says Benner of volunteering for Jubilee. “I don’t want to sit on the sidelines.”

Alongside her other Class of 1984 volunteers, Sean McCooe and Sue Walsh—with more classmates recently joining to help—Benner has been calling and e-mailing alumni to encourage them to return to the Rose Hill campus for Jubilee weekend: three days packed with dinners, cocktail parties, tours, lectures, class photos, Masses, a picnic, a Yankees game—and the always-popular Jubilee Gala on Saturday night.

She also has been inviting alumni to share their Fordham experience with future Rams by giving back to the University with a gift at the President’s Club level, which will help Fordham make a meaningful difference in the lives of current and future students by providing scholarships, financial aid, and general support. 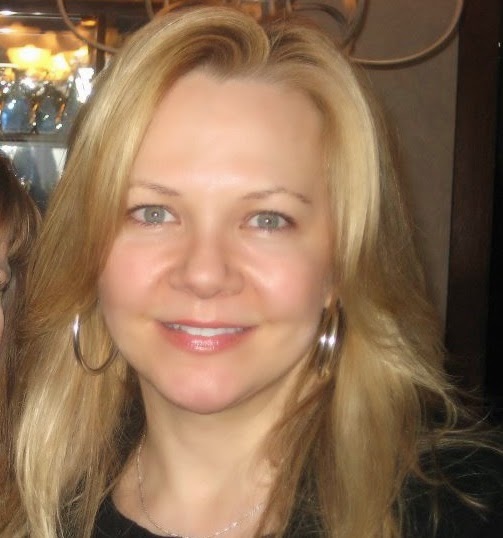 “Working on Jubilee on the production side, I understand how much work goes into it,” says Benner, who has attended previous reunions. “It’s gotten more and more elegant each year.” And more and more popular: Jubilee attendance hit an all-time high in 2013 with nearly 2,000 Fordham alumni and family descending on the campus.

Benner has some familiarity with this kind of behind-the-scenes production work.

As a student at Fordham College at Rose Hill, she was a member of Mimes and Mummers, an extracurricular theater group that stages productions in Collins Auditorium. Benner participated in shows all four years, not only acting and singing, but also working off stage.

“I did makeup, sold tickets, but never built sets. I wasn’t allowed near a hammer!” she says. “It really [was like]Glee. It’s the same group of friendly people, but [with a]heavier course load and minus the parents.”

Benner carried on that experience and love for theater long after graduation. In 2004, she founded the Fordham University Mimes and Mummers Alumni Association, serving as its president for the first three years.

The association’s first large-scale event, its 150th anniversary celebration gala in 2006, drew approximately 150 alumni representing five decades. “No matter our age, it was the same stage, the same curtains—[that]united us across the years,” says Benner. “We knew how to work around the theater; it’s a place we were so fond of.”

Benner, the executive director of the New York Office of Development and Alumni Relations for Northwestern University, also spearheaded a campaign to raise $25,000 to replace the old manual light board system with a digital one in the Mimes’ home in Collins. At the 150th anniversary gala, the Mimes alumni association announced the successful completion of the campaign—which surpassed its goal by 12 percent.

“I knew the goodwill was there, the people would be there. We wanted to leave something behind [for the students],” Benner says. “Whenever we go back for shows, students are working with a good light board, and it’s what they should have.”

Benner first became interested in theater as a student at Nardin Academy, an all-girls Catholic school in Buffalo, New York, where she currently serves as a member of the board of trustees. She says she was a very shy child and “learned that if I learned to inhabit another character and use another person’s words, I couldn’t make a mistake. I had a rich imagination and [the theater]was a place of joy for me.”

Nardin Academy’s theater program collaborated with Canisus High School, the all-boys Jesuit school across the street. “That’s how I fell in love with the Jesuit tradition,” says Benner, and in part why she decided to attend Fordham. “The Bronx Jesuits welcomed me.”

After graduating from Fordham in 1984, Benner continued performing until she “outgrew it,” she says, but then found a way to still “use my imagination,” as a playwright. She earned a master’s degree in dramatic writing from New York University. When her career in higher education took off, “playwriting took the side road, [but]I’m always writing and attending theater. Broadway, off-Broadway, and of course, Mimes every year.”

This year, with another trip to the Rose Hill campus fast approaching, Benner is wistful about her student days. “My heart was on Edwards Parade or the cafeteria in McGinley Center,” she says. “Fordham was a little utopia for four years.”

She’ll soon be returning to the green oasis of Edwards Parade for the Jubilee reunion, where she is eager to reunite with her Fordham friends.

“If you realize that you’re only going to see each other every five years, it becomes momentous,” says Benner. “You can’t help but feel like you’re 18 years old again when you see each other, and the laughter makes me feel even better.”