skip to main content
Return to Fordham University
You are at:Home»Inside Fordham»Faculty Reads»Working with Dignity

In her new book To Live Freely In This World: Sex Worker Activism in Africa (NYU Press, 2016), Fordham Law School professor Chi Adanna Mgbako chronicles one of the world’s largest ongoing labor movements from a fresh perspective—the voices of sex workers themselves—while challenging the standard story about their struggle.

Mgbako introduces readers to a diverse cast of women, men, and transgender people in the African sex industry who “support their families and pay their rent.” None of these individuals need rescuing from their work, as anti-prostitution advocates have suggested, but rather realization of their human rights, Mgbako argues. In her narrative, these workers are activists fighting to end the criminalization of sex work, which often leaves them bereft of justice, health care, and labor protection. 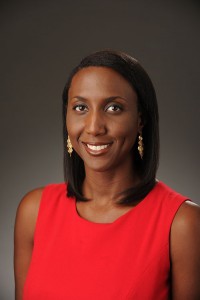 “The heart of the book is their stories, their understanding of their work, and their understanding of the human rights abuses” committed against them, Mgbako said of her debut, shaped from 160 interviews with sex workers she conducted across seven African countries. “It was important to me that the communities I was writing about felt the book was needed, could be helpful in their activism, and that I was writing in solidarity with them.”

The book stems from Mgbako’s work as Clinical Professor and Director of the Walter Leitner International Human Rights Clinic at Fordham Law School. She has worked with sex workers for nine years, the last three of which she also spent researching and writing the book.

Moralism weighs heavily on the discussion about sex workers and often silences their voices, Mgbako said, but her interviews with activists made it clear their struggle is for labor rights, access to healthcare, and freedom from violence and discrimination. Without decriminalization, such rights are not available. For instance, in many countries police frequently do not take sex workers seriously when they report a crime. More egregiously, police are many times perpetrators of violence toward the workers.

The narrative of To Live Freely In This World is important, Mgbako explained, “to capture the devastating human rights abuses sex workers are facing” and the stigmatization they face due to criminalization. The book also spotlights the grassroots activities of the movement: activists protesting on the street for their rights, going to parliament demanding change, handing out condoms, and providing legal assistance and health care services to people in the industry.

These examples, Mgbako said, combine to show the movement’s “vibrancy and beauty.” The book also includes photos of the diverse sex workers who were interviewed in order to make their stories more accessible. Because of the disproportionate number of LGBT people within the African sex industry, especially transgender women, the fight for sex worker rights intersects with the fight for LGBT rights in Africa, Mgbako said, though it is an intersecting struggle that does not receive much attention.

The book’s publication comes at a time when major global human rights and health organizations such as Amnesty International, the World Health Organization, and UNAIDS have announced support of efforts to decriminalize sex work. Backed by these encouraging developments, Mgbako will continue her own activism to work in solidarity with more sex workers fighting for their rights.

This semester, she and a group of students from the Leitner Center for International Law and Justice performed a human rights training workshop in Mauritius for African sex worker activists from throughout the continent. Next semester, she will work with many of the activists featured in the book to write human rights petitions, including one to the African Commission on Human and Peoples’ Rights.

“I hope the book helps center the discussion of sex work on the lived experiences of sex workers within the industry in Africa and throughout the world fighting for their human rights,” Mgbako said.

To Live Freely In This World is available on the NYU Press website now and on Amazon beginning Jan. 8. On Jan. 26, the Leitner Center will host a book launch.