skip to main content
Return to Fordham University
You are at:Home»Inside Fordham»Quantifying the Value of Biodiversity 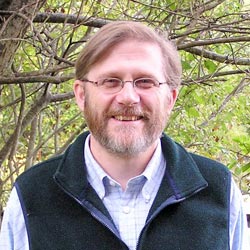 There have been many books and countless articles published on the need to conserve the world’s biological diversity. Most biologists define biological diversity (also known as biodiversity) in terms of the variety or species of organisms in a community or ecosystem, while others may use genetic diversity. My own research focus in the past few years has been to quantify the value of biodiversity in aquatic ecosystems, particularly rivers.

Streams and rivers contain only about 0.0001 percent of the world’s water, but they carry a large percentage of the water used by humans. As such, they have been heavily used by civilizations for centuries, and have been altered in many ways, through land use, water extraction, navigation, damming, introduction of invasive species and various forms of pollution. Most of these alterations continue, causing deteriorated water quality and the loss of species in many, if not most, river ecosystems. Rivers disturbed by human activity tend to have fewer species (low biological diversity), while those with more pristine conditions have rich biological communities with many species and complex food webs. Thus biodiversity has been recognized as a kind of “report card” for assessing the health of aquatic ecosystems.

Many studies of biodiversity have emphasized the intrinsic value of biological diversity, but scientists studying fresh waters recognize that our knowledge of the biological diversity of inland waters is still quite incomplete. Recent research in marine and terrestrial ecosystems (such as coral reefs and forests) has revealed that there are important consequences, in the form of ecosystem services, of declines in biodiversity. This new paradigm suggests that biological diversity may govern ecosystem function and that more diverse communities may offer greater ecosystem services, such as greater food production, more efficient recycling of resources, and more effective absorption of atmospheric carbon dioxide.

In our lab at Fordham’s Biological Field Station (The Louis Calder Center), my students and I have been studying the diversity of algae in streams and rivers. Algae are a loosely organized, but very diverse group of mostly microscopic, mostly aquatic photosynthetic organisms. Algae colonize a wide diversity of habitats, from ice fields to deserts, and are fundamental to maintaining water quality, food web stability, and biodiversity of other organisms in environments they colonize. Because algal communities are the base of most freshwater food webs, their production (their mass and energy content), as well as their nutritional composition (carbon, nitrogen, phosphorus, fatty acids) will affect the ecosystem functioning of rivers through connections within food webs. Many people have proposed and agreed with this idea, but there are few studies that have tested this notion. How could a river or stream with many species of algae provide greater ecosystem services?

Our studies of forested streams in the Northeast have demonstrated that different algal species offer different combinations of essential nutrients, with some serving as good sources of nitrogen, while others have greater phosphorus content. We have also observed that certain essential fatty acids may be abundant in some species but minimal in others. This biochemical diversity, resulting from species diversity, provides a broad suite of food choices for consumers in riverine food webs. From these data, we propose that a loss of some species may result in system-wide deficiencies in certain nutritional features necessary to maintain stable biological communities and maintain healthy fisheries.

We are also studying the floating and transported species of algae (phytoplankton) in the Mississippi River. Here we are studying phytoplankton diversity and the role of the flood-pulse dynamics in the food web of a very large river. We are analyzing a 12-year archive of phytoplankton samples collected from multiple sites in the upper Mississippi. The period represented by this archive encompasses several dramatic changes to the ecosystem, including invasions of non-native zebra mussels and changes in the duration and frequency of floods. We predict that phytoplankton production and its resultant food quality will greatly depend upon the diversity of species present, and should be greatest when the main channel of the river is connected with backwaters in the floodplain.

We are still aiming to find the best yardsticks to measure ecosystem services in streams and rivers, and which most affect the value of biological diversity. Perhaps other services that rivers provide, such as processing toxic pollutants or the ability to respond to an invasive species, will emerge as strong candidates.

Thus far, our research clearly shows that species have unique ecological functions and provide services that strengthen the stability and residence of streams and rivers in the face of human-caused disturbances.