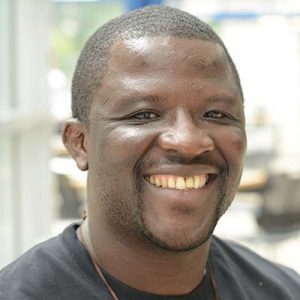 Back in Kabba Williams’ home of Sierra Leone, there is a saying that “a child who is carried on the back doesn’t know how far the journey is.”

Williams, forced to be a rebel child soldier at age 6, has traveled far and knows it. He loses his words as he describes a day he was beaten, tied up, and forced to spend a day in the blazing African sun with taunts that he was to be executed the following day.

Williams’ lone journey began when he lost his mother during a raid on his village and was abducted with other children by the Revolutionary United Front (RUF).

“We were easy to brainwash and cheap to support,” said Williams, who saw murders, machete mutilations, and other “unspeakable things, beyond a human being’s imagination” while in the custody of rebels.

He escaped the RUF while fetching water, but within days was captured by the Sierra Leone Army and sentenced to death. In exchange for his life, he became a government soldier and was trained how to shoot and kill with an AK-47.

In a fortunate twist of fate, a UNICEF representative took him from the army when he was 11 years old and relocated him in the SOS Children’s Village orphanage to receive schooling to develop a “human rights” consciousness.

Five years ago, Williams, who co-founded the African Reformation War Child Advocacy Network (ARWCAN), came to the United States for an advocacy conference and made the difficult decision not to return to Sierra Leone. In April, he gave a lecture at Fordham on his transition from “a culture of violence to one of peace,” stressing the importance education played in his development. He received a scholarship to attend the IDHA summer program.

Williams said he has learned about effective advocacy as well as learning the legal end of humanitarian rights laws. He hopes that his IDHA certificate will lead to advocacy work on behalf of African children, especially children harmed in conflict. He said the African governments “do not want to know about us,” and some western governments are wary of former child soldiers. 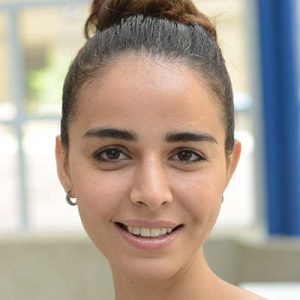 Mira Baddour works with the United Nations’ World Food Programme (WFP). Since she was 19, the 25-year-old native of Syria has sought out work that allows her to help others.

During the Iraqi wars, her country became inundated with refugees. She worked in organizing the provision of storage, transportation, and the distribution of food. Then war broke out in her country.

“My colleagues and I couldn’t understand the idea of Syrian refugees,” said Baddour. “[But] my people were suddenly displaced. It was emotional and very difficult.”

Last year, Baddour was transferred to Liberia to work on the Ebola outbreak. Now that Liberia has been declared Ebola-free, she is ready for the next challenge.

Over the course of her time with the UN, she has worked within its logistics cluster, which organizes various humanitarian relief groups during a crisis. There are nine clusters within the UN, each one around a theme: nutrition, health, water/sanitation, camp coordination, protection, emergency shelter, early recovery, logistics, and telecommunications.

Baddour’s current role as the head of commodity tracking and data management is highly technical. She used her time in the IDHA program to examine two recent evaluations of the UN’s cluster system, in the hopes of eliminating the overlapping of humanitarian services.

She said that UNICEF is in charge of nutrition, while WFP takes the lead on logistics. However, UNICEF and WFP both have a mandate to fight hunger.

Baddour’s study homed in on whether WFP was able to maintain its neutrality as a lead agency for logistics and not prioritize its food programs over those of UNICEF.

Baddour recalls the chaos in the immediate aftermath of the Syrian war, a situation that imprinted on her just how vital it was to make sure partnering agencies work toward the same goal. And she learned that sometimes it gets personal.

“You always feel for the refugees, but when it’s your people you feel it deep in your heart,” she said. “I wanted to deliver the food to those kids—my people.” 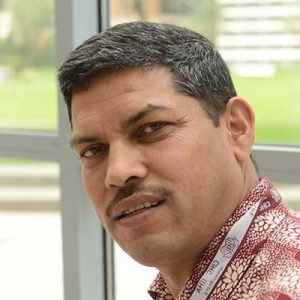 Having completed Fordham’s International Diploma in Humanitarian Assistance, Ram Jee Karki will return to his relief work in a region that is doubly afflicted—by the aftereffects of both war and natural disaster.

Karki is head of the International Committee of the Red Cross’s central north region in Nepal, where a cataclysmic earthquake recently added to the burdens of a nation still addressing the lingering impacts of a decade-long civil war.

At Fordham, he said, he learned much that is applicable to any kind of disaster—whether brought about by nature or by humanity’s depredations—and looks forward to applying it.

“I like humanitarian work—to serve those that are very much distressed, and [in a]difficult situation, because ‘humanitarian’ means ‘to save life,’” he said.

He discovered this calling more than a decade ago, when Bhutanese refugees from a nearby camp started showing up in his hometown of Jhapa, Nepal. A schoolteacher at the time, he saw their plight and decided to change careers, first working as a camp relief coordinator before joining the ICRC in later years.

In his current role, he’s involved in helping people recover—psychologically and socially—from the decade-long civil war that ended in 2006, and in trying to locate people who disappeared during the conflict so they can be reunited with their families.

Families were further disrupted by the earthquake that struck in April, killing more than 8,000 and injuring some 22,000. “Where I work, the earthquake also hit there in those same areas,” he said.

He’s heading back to that area to continue his family reunification efforts and other relief work. He thinks the IDHA program, with its training in the Geneva Convention and international humanitarian law, will help him make a greater impact in the future by working internationally. 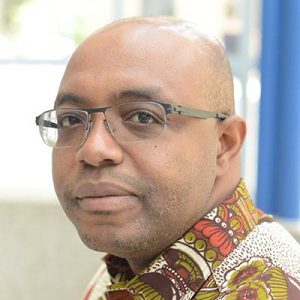 In the early millennium, Togo, the home country of Eric Goeh-Akue, SJ, erupted in “huge violence” that made him flee to the neighboring country of Benin. He remained there for years as a refugee, receiving a piecemeal education.

Today Father Goeh-Akue works with the Jesuit Refugee Service (JRS) in Chad to make sure that children in a similar situation don’t go without an education while seeking shelter in refugee camps.

“I joined the Jesuits knowing that JRS was created for Jesuits to work in the field,” he said. “We take care of poor people on the margins, we build schools, and we hire teachers. Education is a basic right.”

Father Goeh-Akue oversees schools in eight different camps in Chad, where refugees from South Sudan, the Central African Republic, and Nigeria have been streaming for nearly a decade. Together with the United Nations Refugee Agency, JRS operates what amounts to a large school system.

Father Goeh-Akue said his role is to visit and support all of the schools. He said that on his visits he has been most impressed by the girls, who, in many cases, would never have received an education in their home countries.

As the conflicts surrounding Chad have dragged on for years, Father Goeh-Akue said that students are now approaching college age. As a host country, Chad will not be able to provide a university education for refugees.

“These refugees don’t go back to their home countries. They stay in Chad. They have two colleges for refugees, but they’re very expensive.”

Father Goeh-Akue is partnering with the Jesuit Commons: Higher Education at the Margins in an effort to see the students off to college after their refugee education. He said that his time at the Institute of International Humanitarian Affairs has been spent learning more about international law and learning how to support his staff.

“I learned a lot about how to take care of members of my team,” he said. “I used to work as a priest with other Jesuits, but now I work with lay people that have different skills. I learned how to encourage, support, and listen to them and share what they bring to the group.”