skip to main content
Return to Fordham University
You are at:Home»In the News»Drones Work, But ‘Engender Extreme Dislike in the Wider Public’

Earlier this month, The Intercept, a multi-platform publication that counts Glenn Greenwald as one of its editors, published eight stories on the United States drone program, drawing on a cache of secret government documents leaked by an intelligence community whistleblower. It revealed what many had long suspected: that drones are not the “surgical” killing tool they’re often billed as, and that targeted strikes often rely upon shaky intelligence and, when executed, often compromise further gathering of intelligence. 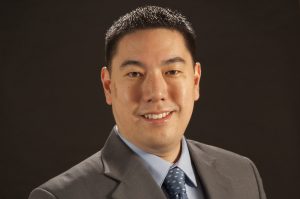 Raymond Kuo, PhD, an assistant professor of political science who joined Fordham in September, focuses his scholarship on international relations, with a focus on security and grand strategy. Before working in academia, Kuo worked for the National Democratic Institute as a program officer overseeing political party development projects in the Middle East, South and Southeast Asia, and Africa. He also worked for the United Nations and the Democratic Progressive Party of Taiwan as a foreign policy analyst and organizational strategist.

We asked Kuo to share his thoughts on what The Intercept‘s findings mean for the U.S. drone program.

Fordham News: The first drone was used by the U.S. military in 2000. Why hasn’t the targeting technology improved much?

Kuo: The technology has definitely improved since 2000. In addition to arming the MQ-1 Predator (the drone we commonly associate with these strikes) with Hellfire missiles, the U.S. has upgraded its sensor and targeting platforms. But the U.S. military has stopped acquiring Predators and is focusing more on the MQ-9 Reaper, its bigger, badder cousin. It is significantly faster and larger, able to carry a larger payload, and has a substantially longer operational range and loiter time (i.e. the time it can monitor an area before it has to refuel).

However, we could think that unintended civilian deaths or “collateral damage” are a sign that the program needs improvement. But the issue is not technology, but targeting: Are we hitting the right people and avoiding killing innocent bystanders? And that requires good intelligence. The MQ-9 and other strike vehicles have impressive signals intelligence collection capabilities. However, human intelligence is just as, if not more, important in effective targeting.

But developing human intelligence is not easy nor cheap. The U.S. would either need boots on the ground or rely upon local governments and informants to provide us the targeting information, which they may not have or may not be equipped to acquire.

You should always evaluate policy in comparison to other alternatives, never in isolation. Are we as Americans willing to pay the cost of a more accurate, but costly and assertive strategy? If not, are we willing to walk away and let terrorist networks potentially grow in power and membership? If we decide that the drone program is the best way to balance these costs and benefits, then we need a clear understanding of its actual effects, as I’ll address in the next question.

FN: Aside from more accurate intelligence, and stealth technology, despite the Intercept’s report, and the ongoing protests against the usage of drones, will the U.S. stop using them?

Kuo: The short answer is no. The U.S. will continue to use drones in battlefields or countries where it has already established air superiority (either militarily or through agreement with a host government) and does NOT want to commit troops in a direct combat role.

But the deeper answer is no, the U.S. will continue the program because it seems to work. Both the Pakistani Defense Ministry and the U.S. Army War College claim that a relatively small number of civilians have been killed by the strikes. Somewhere around 3-4 percent of those killed are civilians. Now, the Intercept is correct that America’s targeting rules are far too loose. The “signature strike” policy – where we target people simply because they are male and seem to be of a certain age group – is counterproductive and ultimately harmful to our interests.

Moreover, overall the program seems fairly successful, at least in Pakistan. C. Christine Fair of Georgetown University has described how locals in that country’s tribal areas come outside when they hear drones overhead. They consider the drones to be accurate and generally targeting foreign fighters, allowing them to reassert control over their villages and get on with their lives.

So the policy is widely popular in the Pakistani districts in which it operates. Christopher Swift makes a similar finding in Yemen, and I would hope that other operations in the Horn of Africa and the Arabian Peninsula are also successful. However, the program has created enormous public backlash within the wider Pakistani public. This is a significant strategic headache for the U.S., but one which I think can be partially addressed, as I’ll discuss later.

FN: If we schedule a drone strike and it doesn’t achieve its goal, and/or kills innocent civilians, it’s not surprising if it inspires new recruits for ISIS and the like. Why doesn’t that change our tactic? Are ‘boots on the ground’ just that much less well received by the American public? [Ed. It was announced on Oct. 30 that the U.S. will be sending special ops troops to Syria.]

Kuo: Any civilian deaths in war are tragic, particularly among the wounded and children. But it’s also important to note that civilian casualties are completely allowed under the laws of war. They cannot be intentional or directly targeted, however. So if the deaths are truly accidental, the result of bad intelligence, poor targeting, or some other factor, it’s a horrible situation but they are still legally and even morally allowed. Military necessity – the desire to bring a conflict to a close sooner and potentially save even more lives – unfortunately means that civilians can be caught in the crossfire. Effective militaries want to minimize that as much as possible, but recognize that innocent deaths may occur in the course of their duties.

But you ask a deeper question about the strategic effects of strikes. Do they cause more harm than good? Preliminary results from my research suggest that strikes actually stabilize the areas in which they fall, so long as we kill the right people. The opponents of the program are correct if we only concern ourselves with “regular” militants. For each one the U.S. has killed in Pakistan, 47 civilians leave their districts, suggesting that they are moving for safer or better prospects elsewhere. However, killing a militant leader acts as an enormous brake on this outward migration. Over 1,100 people stay in their districts for each leader killed. And finally, killing a civilian means that 98 people want to stay. That is, the public seems willing to absorb a certain degree of innocent deaths so that the program can achieve its objectives.

Again, these are preliminary results, and I’m still subjecting the data to more tests. But I should note that the region of Pakistan where the numbers are drawn from is an active conflict area. The U.S. doesn’t have a military presence there, and it’s difficult for journalists to make their reports. So the numbers that organizations like the Bureau of Investigative Journalism (one of the sources the Intercept report relied upon) receives come from the people on the ground. In other words, the militants themselves. So even using their numbers, we’re still seeing evidence suggesting the drone program is having a positive effect overall.

FN: Is it possible that our drone strategy would change if a Republican president were to take office in 2016?

Kuo: Drones have been used under both the George W. Bush and Barack Obama administrations. I actually don’t think the party in office matters too much to the drone program per se. The operations are in place because they are a relatively cheap option which seem to achieve some of their goals while preventing American casualties. If a more aggressive or militaristic president or Congress emerges, I suspect they’ll commit actual troops to these battlefields, rather than rely upon drones as the primary intelligence, surveillance, reconnaissance, and strike vehicles.

But as I mentioned earlier, the program does have a substantial political drawback: It engenders extreme dislike in the wider public. But we should keep in mind that drones – for all the terror and awe they may induce – are actually pretty weak combat platforms. The Predator was originally designed as a surveillance and reconnaissance platform. Drones in general are relatively slow and unmaneuverable, which you want since they will be loitering over an area. But even a minimally competent air force or air defense network could swat them out of the sky. Drones can only operate where the U.S. has air superiority, typically by reaching an agreement with the host government.

And it is those individuals who need to take more responsibility for the program. In Pakistan and Yemen at least, the U.S. operates with the consent and even active (though hidden) support of the government. As an illustration, consider that in 2008, Pakistani Prime Minister Yousaf Raza Gilani reportedly stated “I don’t care if they (the Americans) do it (the drone program) as long as they get the right people. We’ll protest in the National Assembly and then ignore it.” There are even suggestions that the program has been manipulated by these groups to selectively strike at political enemies, rather than target all insurgents.

So host governments have been playing both sides: protesting against the strikes, even urging their people to do so, while secretly pushing for more drone operations. That is pure political cowardice, but it also makes political sense given the incentives these politicians face. So if (and that’s a big if) this is an important enough issue, the U.S. needs to push these individuals to be open about their decisions to deal with the general public backlash against strikes.