skip to main content
Return to Fordham University
You are at:Home»Inside Fordham»Faculty Reads: Advertising to Children

When it comes to advertising tactics, it’s challenging enough for adults to spot the schemes and resist buying into sales pitches. Do the youngest and most vulnerable members of our society even stand a chance? 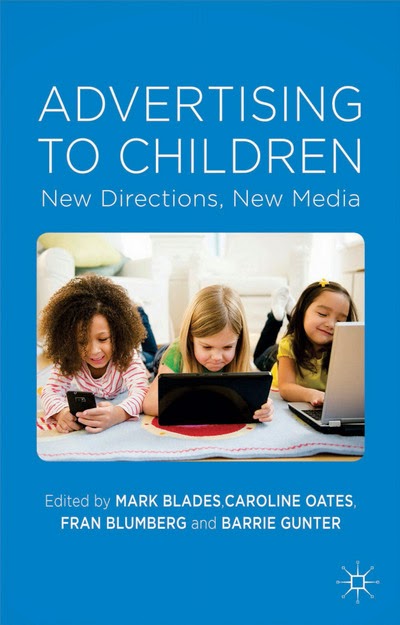 That question is at the heart of Dr. Fran Blumberg’s newly-published Advertising to Children: New Directions, New Media(Palgrave-MacMillan, 2014), which was co-edited by Drs. Barrie Gunter (University of Leicester, U.K.), Mark Blades, and Caroline Oates (both University of Sheffield, U.K.).

“Vulnerable audiences, such as kids, may not be aware that they are being subjected to advertising,” said Blumberg, an associate professor in the Graduate School of Education. “[It’s now] another aspect of the child’s environment that they are increasingly exposed to which probably requires their understanding of the goal of marketers — that is, that they want you to buy their product and may make false claims or present unrealistic imagery associated with their product to make it desirable.”

Because of this increased exposure, especially to new “stealth techniques” that target youth, there is an urgent need to study how advertising affects development, Blumberg said. And yet, despite this growing need, there is a dearth of information about the impact of new-age advertising on kids.

The book covers an array of topics surrounding children and advertising, including how children are affected by advertising for food and alcohol products, whether children are developmentally capable of identifying messages as persuasive, and what parents and educators can do to teach kids to become more critical of advertisements.

The book also discusses the ramifications of “stealth advertising,” such as embedded commercial messages in television shows and new forms of media that influence children without their conscious awareness. An example of the latter is the practice of “advergaming,” or the use video games to promote products or services — for instance, a cereal company that makes a game involving collecting pieces of the cereal for points.

“The message [in the book]is that children and adolescents… may be best served through media literacy, which includes understanding the persuasive intent of advertising and advertisers,” Blumberg said.