skip to main content
Return to Fordham University
You are at:Home»Uncategorized»Denzel Washington Returns to Broadway 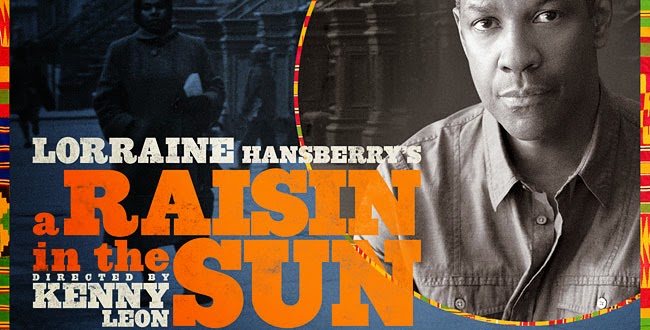 On entering the Ethel Barrymore Theater on West 47th Street, an interview with playwright Lorraine Hansberry plays overhead and the poetry of Langston Hughes is projected onto a scrim. Before the curtain has even risen, theatergoers understand that what they are about to witness is steeped in history.

Hansberry’s groundbreaking play A Raisin in the Sun opened on the same stage fifty years ago, making it the first play by an African American woman produced on Broadway. A half-century later, the play is back with Denzel Washington, FCLC ’77, as Walter Lee Younger, a role made famous on film by the great Sidney Poitier.

Officially opening on April 3, the play is still in previews. Last week, a group of over a hundred, alumni, trustees, and friends went to see the show. Many were participating in Alumni Relations’ Spring Culture Outing series.

Needless to say, Washington received a rousing ovation from the Fordham section of the theater. With respect to Poitier, Washington makes the role his own. For those who have only seen the film, seeing it on stage reveals Hansberry’s rhythmic writing and brilliant stagecraft.

What was perhaps less expected was the reaction to Latanya Richardson Jackson’s performance. Jackson, the wife of Samuel L. Jackson, took over the earth mother role of Lena Younger from Diahann Carroll, who dropped out of the production only last month. At intermission, several in the audience could be seen rifling through their programs to read up on this powerhouse performer.

Jackson is one part of a very tight ensemble that more than complements Washington. The limited engagement runs through June 15.

Alumni Relations next theater outing will be on June 10 to see Kenneth Branagh’s Macbeth, English professor Mary Bly, Ph.D., will discuss the play at a dinner preceding the show.