When is a canal or a highway better at stopping movement than helping it? When rats are trying to cross it.

This simple observation, a team of researchers led by Fordham scientists has learned, is applicable in cities as diverse as Vancouver, Canada; New York City; New Orleans; and Salvador, Brazil. And it has implications for both how rats evolve and how we learn to cope with their presence in our midst.

In Urban rat races: spatial population genomics of brown rats (Rattus norvegicus) compared across multiple cities, a paper published last month in the Royal Society’s flagship journal Proceedings B, Fordham doctoral candidate Matthew Combs showed how genetic analysis of rats collected by teams in those four cities reveal the ways in which evolution is repeating itself in cities, thanks in part to the geographical features of urban areas.

Working under the direction of Jason Munshi-South, Ph.D., associate professor of biological sciences, Combs collaborated with researchers working in the three other cities who brought rat tissue samples they’d collected as part of separate projects to Fordham’s Louis Calder Center for analysis. 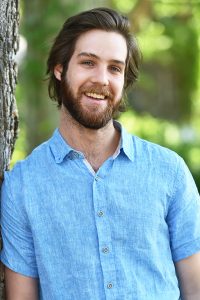 At least 150 rats were sampled from each city, and when researchers analyzed the results, they discovered that just as brown rats in Lower Manhattan have evolved to be distinct from their uptown brethren, (a discovery detailed in a 2017 paper) rats in those three cities differ from each other in discernable ways.

In Manhattan, the culprit is Midtown, with its relative paucity of shelter and food sources; in New Orleans, it’s the Inner Harbor Navigation Canal, which divides the Lower Ninth Ward neighborhood from the rest of the city. In both Vancouver and Salvador, major roadways were found to split disparate populations of brown rats.

Combs said previous studies had compared rats around the world, but none had incorporated such a robust number of specimens.

“In this case, we used hundreds of samples within each city to look at some very fine scale movements, and were able to get quite a bit more detail about these four cities, and ask questions about how the same types of landscape features were creating unrelated groups,” he said.

Munshi-South, whose lab has tracked the movement of rats around the world, said he was surprised that the level of differences among the rats was similar in all four cities, given that two are in temperate climates, one is sub-tropical, and one is tropical. All, however, are coastal cities located in the Americas, and are thus a “biological legacy of colonialism and migration.”

“They have a very similar level of genetic diversity in the rat population, and that may indicate a shared ecological and evolutionary history. These rats were likely introduced to these cities around the same time, and have been there for about the same amount of time,” Munshi-South said.

“Rats are really a reflection of human history. They don’t obviously have a recorded history that’s very good, but the genetics reveal a lot about how we move them around.”

Combs said the collaboration with the teams in the other three cities—some of whom were working on projects disease-related projects—was also noteworthy, because the technique the Fordham team uses to track genetic variations in species can be shared and used for other objectives as well.

“We can tell them about some of these genetic patterns, and they can tell us about disease dynamics and distribution, and hopefully we can put those two pieces of information together and start to understand how the movement of rats and the genetic patterns relate to the movement of disease, which is really what everyone’s worried about,” he said.

“I think there’s a lot of potential there.”

Munshi-South agreed, saying this study is a model for future ones in cities across the globe. The days of studying a single species in a single city are over, he said.

“One of the big hypotheses that’s out there is that urbanization drives the same ecological and evolutionary results over and over again,” he said.

“We’re trying to confirm that with these kinds of studies.”