skip to main content
Return to Fordham University
You are at:Home»Inside Fordham»Recall and Reality: Psychologist Parses the Experience of Memory 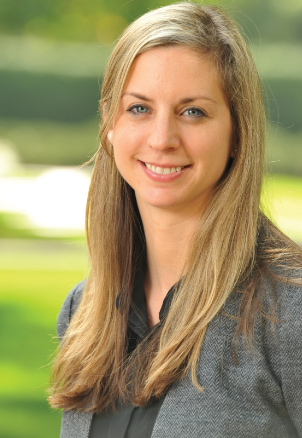 Think of a memory. It can be any memory at all—recent history or distant past.

Recalling a memory in the latter way is less common than re-experiencing it from the first-person perspective, psychologists have found. However, what is striking about that sort of recollection is not its rareness, says Karen L. Siedlecki, Ph.D., but the fact that a memory recalled in the third person is an inaccurately reconstructed memory.

“Unless you had an out-of-body experience, if you can see yourself while you reconstruct a memory, it is essentially a false memory,” Siedlecki said.

Siedlecki, an assistant professor of psychology, studies the phenomenology of autobiographical memory—that is, one’s subjective experience of a memory about oneself. Within this experience, there are two possible perspectives when recalling a memory: a field perspective and an observer perspective.

A field perspective takes a first-person point of view. For example, say that Greta is remembering the moment she accepted her Fordham diploma. From this perspective, she recalls the moment just as she experienced it the first time: She sees the dean of the college holding out the diploma, she sees her left hand reach out to take it while her right shakes the dean’s hand, and then she turns and looks out to the crowd.

If Greta were to take a third-person perspective, however, she would recall this moment as if she were one of the audience members: she would see herself, a young woman in academic garb, cross the steps of Keating, reach out for the diploma, and shake the dean’s hand. She would notice how big her smile is as she sees herself turn to the crowd.

And, in fact, Siedlecki added, research has shown that memories in which one sees oneself and false memories have similar qualities, such as being rated as less emotionally intense and less vivid, as compared to first-person perspective memories and true memories.
While other researchers had attributed this shift in perspective to different types of memories—for instance, emotionally neutral memories—Siedlecki suspected that the shift might, in fact, be due to differences in the individuals themselves (for instance, their age, gender, or personality).

To find out, she surveyed 100 individuals about their memories. Each person thought of nine memories—three positive memories, three negative, and three neutral. Next, they answered 20 questions about the memories, such as how emotionally intense it was, and how vivid it was. They also reported which perspective they took in each memory—field or observer.
She found that the perspective that each person took was fairly consistent across all nine memories, even though the memories varied in terms of emotional valence, intensity, vividness, and other characteristics.

“Other researchers have shown that aspects of the memory itself may predict perspective… [But] what I found was that there may be an individual difference—a characteristic of that person—that predicts the perspective,” she said about the study, which is currently under review for publication.

In addition to her research on memory, Siedlecki studies memory as it pertains to age—particularly as it relates to what psychologists have termed the “paradox of well-being.”

“As we grow older, we have declines in physical and cognitive functioning as well as an increased loss of loved ones. But despite these declines and losses, if you ask older adults to rate their happiness, they generally rate it just as high as young and middle-aged adults, if not higher,” she said.

Psychologists have linked this paradox to a theory known as socio-emotional selectivity, which means that, compared to their younger counterparts, older adults tend to focus on positive stimuli and seek emotionally rewarding experiences—and thus enjoy greater well-being.

In her latest project, Siedlecki examined whether socio-emotional selectivity theory would also translate to autobiographical memory. She hypothesized that just as older adults tend to seek more positive experiences, they would likewise focus on positive memories and look upon the past in a more favorable light—a phenomenon known as the positivity effect.
She found, however, that there was no relationship between the valence of selected autobiographical memories (whether a memory is positive or negative) and participant age; hence, it is unclear whether an increased focus on positive memories contributes to elders’ healthy perceptions.

“While the socio-emotional selectivity framework would suggest that older adults select more positive memories to remember, and [thus]increase their well-being, my research indicates that it doesn’t seem to be as straightforward as [we thought].”

Siedlecki plans to conduct a follow-up study to examine whether personally meaningful memories exhibit a stronger influence on the presence of the positivity effect.

“Memory is a hallmark of our existence—it’s the essence of who we are,” she said. “Understanding memory is really important, because there can eventually be interventions and ways to prevent memory decline.”