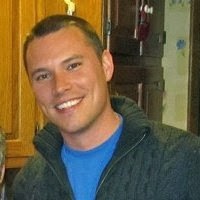 The scholarships, which are awarded by theOhio Psychological Association, are geared toward research, training and community projects in the area of diversity.
Eggleston, who was one of 30 applicants for the scholarship, shared the honor with Calia A. Torres of the University of Alabama. His research centers on inner city residents with HIV/AIDS. Through his clinical work, he said he began to wonder why some clients appeared to actually grow and make immense positive changes within themselves following the often times traumatic diagnosis of HIV/AIDS.
His dissertation, which he has been writing under the mentorship of Kathleen Schiaffino, Ph.D., chair of the psychology department, focuses on gay and bisexual men of color and the various psychological, spiritual, and physical-health related outcomes on their post-traumatic growth.
Eggleston said he’s interested in the potentially moderating and mediating effects of personal spirituality and religious engagement in this population, and hopes to shed further light upon its role in empowering minority-identified populations.
He came to Fordham from Union Theological Seminary, where he earned a master’s in psychology and religion. Upon finishing at Fordham this year, he will complete his predoctoral clinical psychology internship at NYU-Bellevue Hospital where he hopes to conduct clinical work within the hospital’s esteemed ‘Survivors of Torture’ program.
“I am especially humbled to receive the Michael Sullivan Diversity scholarship,” he said.
“This award inspires me to strengthen my commitment to clinical work with underserved populations especially at a time when public health grants for populations affected by HIV/AIDS have dwindled.”
Department of PsychologyFordham University
Share. Twitter Facebook Google+ Pinterest LinkedIn Tumblr Email