Long before our caregivers teach us skills and behaviors to help us function in the world, our developing brains prepare the way.

Our genes are coded with explicit instructions for not only what we need to develop, said Alma Rodenas-Ruano, PhD, but also when each developmental process ought to begin.

That question of “when” is at the heart of Rodenas-Ruano’s epigenetics research, which she began as a researcher in the neuroscience department at Albert Einstein College of Medicine and has brought with her to Fordham’s laboratories.

“I’m interested in the neurological events that occur during what we call critical periods of development,” said Rodenas-Ruano, an assistant professor of biology. “As the name suggests, these are critical events that must happen for normal function to occur.” 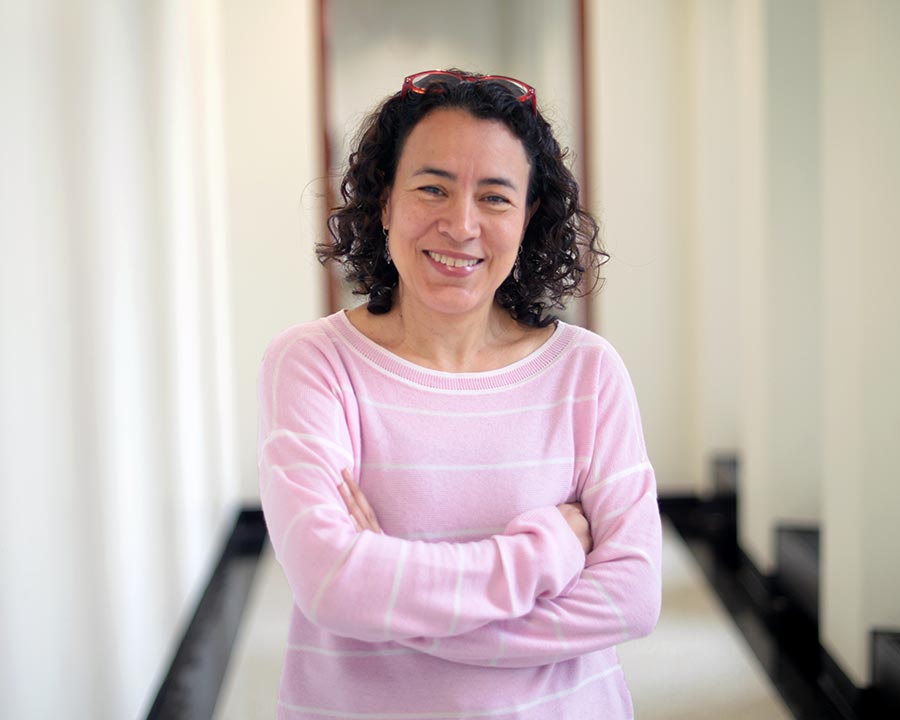 Genes are subsets of DNA that define the fundamental traits an organism inherits from its parents. They are like a code that gives each cell instructions about what to do—for instance, to develop legs instead of fins or to start growing facial hair.

Epigenetics refers to cellular mechanisms cued by external events that influence whether or not a certain gene becomes active.

“The genetic code is set, but which genes are expressed or not expressed depends on the environment.” Rodenas-Ruano said. “For example, the first time an animal opens its eyes and lets light in, this sets off an epigenetic process of developing vision. If you deprive the eye of light, however, the normal development of those synapses will not occur.”

In the lab, Rodenas-Ruano uses zebrafish to study what happens to normal development if these epigenetic factors are changed or disrupted. Even small stressors, such as temporarily separating a newborn animal from its mother (and the same may be true for newborn humans, Rodenas-Ruano hypothesized) can alter certain epigenetic processes and gene expression as a whole.

“Disrupting this system causes mechanistic changes. The animal may behave normally, but if there’s another stressful event later in its life, that can trigger additional dysregulation in the system,” she said.

The potential benefits of her research could provide new insights for the treatment and prevention of neurological illnesses such as epilepsy or schizophrenia, Rodenas-Ruano said.

“Most diseases are multifactorial, and so we want to understand the exact triggers that make a person vulnerable,” she said. “We first have to identify and understand the basic mechanisms that contribute to normal function. Then, we see what happens if we disrupt these mechanisms—both what happens at first and what happens later on in a mature brain.”

Rodenas-Ruano, who just completed her first year at Fordham, is a recipient of a summer Grass Fellowship, a grant designed to support independent research projects by early career scientists. She is currently at the Marine Biological Laboratory in Massachusetts with a cohort of researchers from around the world. There, she is undertaking her project, “Epigenetic Regulation of the Cation-Chloride Symporter KCC2 During Neuronal Development.” 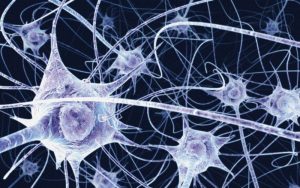 “This laboratory is a hub for neuroscientists. Many Nobel Prize winners have worked here. Hodgkin and Huxley discovered how neurons fire (action potentials) here,” she said. “They provide everything, from housing and equipment to a zebrafish facility.”

When she returns to Fordham in the fall, she will have her own zebrafish facility on campus. The space will allow her to involve her undergraduate students in ongoing research projects.

“These are challenging concepts, but my Fordham students have been well prepared and eager to learn,” she said. “I hope we can generate meaningful data and answer some questions about this topic.”