A memorial lecture in the natural sciences department at Fordham College at Lincoln Center honored a professional dancer turned medical student whose promising career was cut short by cancer.

“From Dancer to Doctor” paid tribute to Jose Bercero, M.D., PCS ’05, who took pre-med classes at Fordham while dancing full time with the Metropolitan Opera. After Fordham, Bercero went to medical school in Puerto Rico, where he was elected president of his student body. Tragically, he died in 2010 of throat cancer.

“He was our science son,” said Fordham chemistry professor Joan Roberts, Ph.D., who organized the lecture, sponsored by Robert Grimes, S.J., dean of Fordham College at Lincoln Center. Roberts said she had expected Bercero to one day improve the medical systems of Puerto Rico, the United States, and beyond. “He had that kind of charisma,” she said. “The department of natural sciences grieves, and I grieve.” 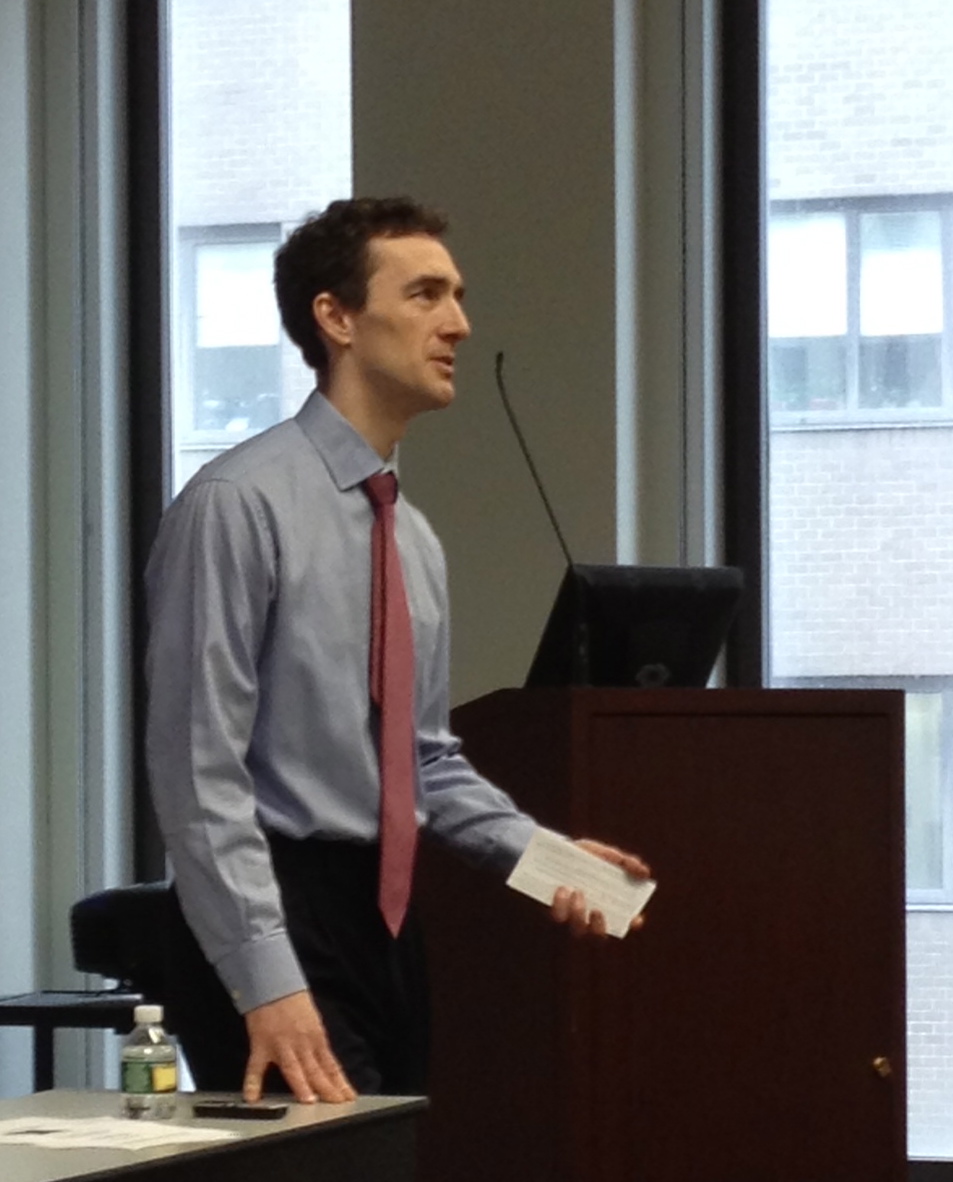 The lecture was given by Alex Ritter, M.D., PCS ’09, who did not know Bercero, but felt he could talk about his career trajectory because it was one he had pursued himself. A former dancer with the New York City Ballet and the American Ballet Theatre, Ritter always had the “other idea” of being a physician. He began taking classes at Fordham after a dancing injury.

“You can really get to medicine from any path,” Ritter told a group of about 40 science students, among them some dancers, in the Lowenstein Center on March 21. He drew on many similarities between dancing and practicing medicine—particularly on the strengths needed to succeed in both professions.

“You need discipline and perseverance and hard work,” said Ritter, currently in his last year at Albert Einstein College of Medicine. “And there are other things, such as being present—when you’re on stage or when you’re with a patient—so you can be open to people around you. There’s also the aspect of always trying to improve your technique.”

Ritter encouraged students to take advantage of their time in New York City. “Go to museums,” he said, “Look at art. Develop your observation skills.”

Professor Roberts said that many full-time dancers in the New York City Ballet and American Ballet Theatre choose to take classes—often pre-med or pre-law—at Fordham because of its proximity to Lincoln Center. Fordham has even organized a full-day schedule of classes for them on Mondays—their day off from performing and rehearsing.

“They have such focus and discipline,” said Roberts. “And they are looking for another equally creative, high-powered professional career.”