skip to main content
Return to Fordham University
You are at:Home»Science»Love of Sports Brings Data Analytics Alive for Graduate Student
Jeff Rayvid presented his proposed rule changes to an audience at Georgia Tech in February.
Since he was a child, Jeff Rayvid loved sports. After he graduated in 2012 from Vanderbilt University with a B.A. in communications, he pursued another passion: data analytics. He worked as a data analyst and analytics supervisor for an advertising agency, and as a performance media consultant for Google.

So when Rayvid, a New Jersey native who is pursuing a master’s degree in data analytics at the Graduate School of Arts and Sciences, learned this past winter that the N.F.L. was holding a contest to see who could use data to propose new rules to cut down on concussions, he jumped at the chance.

“I wanted to do something productive and build up my portfolio a little bit more, and I thought, ‘What better way than doing something that I’m genuinely interested in, where I can apply what I’ve learned in class?” he said.

The contest involved analyzing data from every single play executed in every National Football League game held in the 2017 and 2018 seasons. The data included everything from the kinds of hits that resulted in concussions, to what the weather was at the time of the hit, to videos of the hits. It was all uploaded to the online database Kaggle.com. 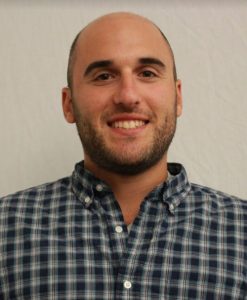 Rayvid used the winter break to analyze the data. He created “features,” which are groups of data that include aspects of the game such as the team formation during the play that led to a concussion, the distance between the opening kickoff and the opposite teams’ receiver, and whether the kickoff resulted in a ball that stayed within the boundaries of the field. From there, he created a “correlation matrix.”

Based on his analysis, the first rule change that Rayvid proposed was altering the formation of the team receiving the ball, so as to encourage the receiver to execute a higher number of “fair catches,” in which the ball becomes dead at the moment they make the catch. That alone, according to his analysis, would result in a 65 to 70% reduction in concussions. The second change he would make is to ban what’s known as a “blind side block,” which sometimes happens during punt returns.

“It’s like a clothes line, where you get blocked by a guy and you don’t see him coming. That is extremely dangerous, because the guy who is running doesn’t have a chance to defend himself so he could get really pretty injured,” Rayvid said.

Rayvid impressed contest officials enough to earn a trip to Atlanta during the week of the Super Bowl, where he presented his findings to an audience of 150 team executives, league administrators, and medical professionals at Georgia Tech’s VentureLab. His presentation was also streamed live at NFL.com.

“We had to cut it down to five minutes, which is pretty difficult. The first day I was there, it was about 10 minutes, so we had to basically chop it in half and keep the good stuff,” he said.

“We worked with local entrepreneurs, a couple professors from Georgia Tech, and a couple of NFL people as well, refining our presentation, rehearsing it, making sure it was all looking good. We even did a dress rehearsal.”

Rayvid felt like he did well during his presentation, and even though he ultimately didn’t win the contest, his consolation prize more than made up for it. In addition to the free trip to Atlanta, he won $20,000 in cash.

He credits the data mining class he took at Fordham with his success; it was there that he learned how to build what’s known as a regression model, which allowed him to predict what the results of his proposed rule change would be.

What’s really appealing, he said, is the notion that data science and analytics can be used to help games evolve in new and exciting ways. In baseball, for instance, data analysis has confirmed that pitchers give up the most runs in the first and sixth innings, when starting pitchers are either just getting warmed up or are beginning to tire. As a result of this data, in the last year, teams like the Miami Marlins and the New York Yankees have experimented with “openers,” which are pitchers who only pitch the first inning.

“Data science and analytics have a really big impact on the game because you’re taking out the human bias and putting real numbers behind it. So I think I can actually have a big impact on something that I actually really love,” he said.

Rayvid’s success already has paid off in an especially tangible way. Even though he won’t finish his studies until August, this month he accepted a position as analytics manager with ESPN+, the sports network’s streaming platform.

“I’m going help them get more users by using analytics and data science. The contest came up a lot in the interviews, and one of the things they want to see is your passion for sports,” he said.

“Obviously, I’m a big sports fan, but having something on paper that I actually accomplished professionally was huge.”