skip to main content
Return to Fordham University
You are at:Home»Politics and Society»Investigating the Interplay Between Humans and New York City
Photos below by Taylor Ha
As humans worldwide migrate into new cities, how does New York City serve as a healthy model for others?

On June 26, several experts explored that question at the Fordham forum “Healthy Cities: How Special is New York?” held at the Lowenstein Center on the Lincoln Center campus. The event, hosted in cooperation with the Manhattan Psychological Association and the Society for the Psychological Study of Social Issues-New York (SPSSI), featured three main speakers: Harold Takooshian, Ph.D., professor of psychology and urban studies at Fordham and chair of the New York group for SPSSI; Arline Bronzaft, Ph.D., an environmental psychologist who helped design the current New York City subway map and update the city’s 2007 noise code; and David Vassar, a Fordham librarian who has advocated for safer and cyclist-friendly urban streets for the past two decades.

“What really makes New York unique goes back to Fitzgerald and the Great Gatsby—that New York is the realization of the place where not only people can create themselves, but the city also creates itself,” said Lee Klein, a New York tour guide who gave welcome remarks at the forum. “Anything that people can think of, it can happen here.”

The focus of the forum was New York City’s environmental psychology—the city’s relationship with the millions of people who inhabit it.

New York City has long wrestled with its physical environment—namely, noise pollution, said Arline Bronzaft, a member of the board of directors for GrowNYC, an organization that aims to improve New York City’s quality of life through community-based environmental programs. 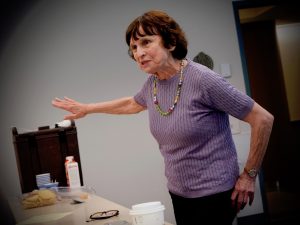 Too much noise can damage not only our sanity but also our sense of hearing, she said, citing a list of documented cases.

Bronzaft herself was involved in one. Her 1975 co-published research paper studied the effects of noise on children’s learning. She found that students at P.S. 98, a school located at the northern tip of Manhattan, were negatively impacted by the nearby No. 1 line train tracks. Children in classrooms facing the tracks performed far worse academically than those on the quieter side of the building.

In time, Bronzaft helped persuade the city to partially soundproof the classroom ceilings, and the Metropolitan Transportation Authority to install rubber pads along the tracks near the school, as she explained in a recent story by The New Yorker.

But she said there’s beauty in the noise, too.

“On the other hand, we don’t want our neighbors waking us at 5 a.m. We don’t want the construction sounds working after hours. You have to balance it,” she concluded, referring her audience to grownyc.org for advice on local noise issues. 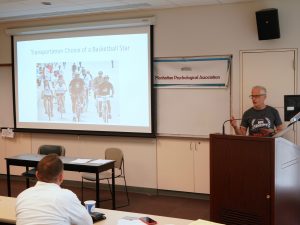 More than 300 miles of conventional bicycle lanes and 74 miles of protected bike lanes were added to New York City from 2007 to 2017, said Vassar, who cited statistics from the Department of Transportation in his presentation.

Today, bicycles—eco-friendly vehicles, compared to their gas-guzzling cousins—are a popular form of transportation. Twenty-four percent of adult New Yorkers ride a bike at least once every year, and nearly 800,000 of them regularly ride a bicycle, Vassar added.

“I’m saving money, I’m getting healthier,” said Vassar, an avid cyclist. “I’m getting vitamin D from the sunshine, which I don’t get sitting in my fluorescent-lit library, as much as I love libraries.”

Toward the end of his presentation, he urged the audience to spark further change through campaigning, voting, and attending town hall and community meetings. But the overarching theme of the afternoon event was bigger than bikes and environmental psychology—it was about love for the iconic city.

Thomas Mariani, a third-year psychology student at Fordham College at Lincoln Center and a U.S. Marine Corp veteran, had tested the topic in a scientific study. At the forum, he spoke about his research: an anonymous survey with 152 study participants that measured whether most New Yorkers live in the city because they “like to” or because they “have to” due to work or family responsibilities. Survey participants were asked to consider factors like the city’s fast pace, streets full of people, and constant sounds of the city, in addition to the unpredictability of experiences and ethnic diversity.

He said he found that 58% of his study participants live in New York City because they like it, while 42% live here because they have to.

“I can tell you,” he said, “from having traveled to over 30 countries—both due to the Marine Corps and working at the 9/11 [Memorial] Museum—that people love this city.” 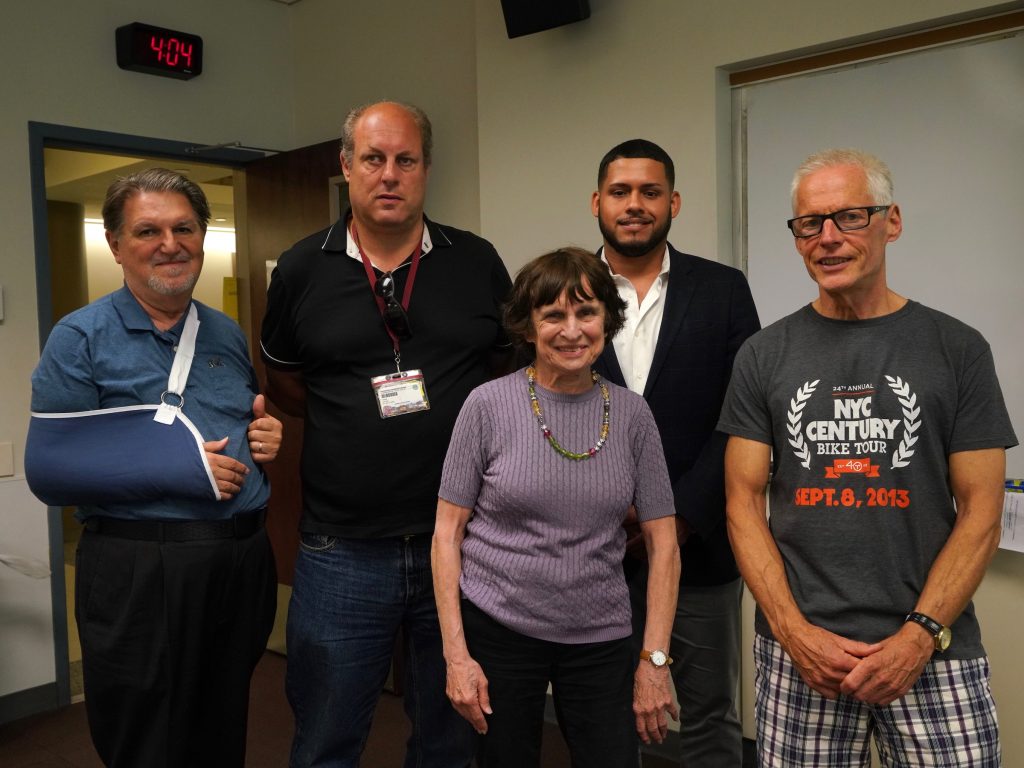