skip to main content
Return to Fordham University
You are at:Home»Inside Fordham»Fordham Student on the Front Lines of the Higgs Discovery 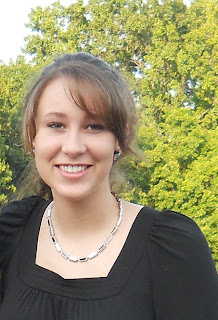 Marian Rogers is using a scholarship
from the National Science Foundation
to study the Higgs boson.

On July 4, at 3 a.m. Eastern Time, the European Center for Nuclear Research (CERN) reported that the elusive Higgs boson had been discovered.

By the time most who awoke to the news had tenuously grasped just what is the Higgs boson, Fordham student Marian Rogers was already running equations and reading reactions from scientists around the world.

“It’s truly amazing to think about all the physicists, both experimentalists and theorists, who have worked on Higgs searches for so many years,” said the Farmers Branch, Texas, native. “It’s such a blessing to get to play a tiny part in studying this new particle.”

Rogers, a rising senior at Rose Hill, has been studying the reputed “God particle” at the College of William and Mary as part of the National Science Foundation’s Research Experience for Undergraduates summer program. Along with Marc Sher, Ph.D.— professor of physics at William and Mary and a head honcho on the Higgs—Rogers has been working at the heart of the most important scientific discovery of the 21st century.

Described by New York Times writer Dennis Overbye as a kind of “cosmic molasses,” the Higgs boson is the reason why all other particles have mass.

“When you work through the math in the theory without a Higgs boson, the other particles start out massless, but experimentally we know they do in fact have mass,” Rogers explained.

Add a Higgs field to the equation, though, and the math comes out right. Particles pass through this field, and the more they interact with it, the heavier they become—that is, the more mass they gain.

“It’s famously been compared to wading through water and moving slower, or becoming heavier,” Rogers said. “Outside of a Higgs field, the other particles would be free to move [through space]at the speed of light.

“That’s why this discovery is so significant. It’s not just another particle to add to the list. It’s a special kind of particle with a very important role to play in our understanding of physical reality,” she said.

Sher and Rogers are investigating the two-Higgs-doublet model (2HDM), a theory that predicts the presence of five Higgs-like particles, rather than the one Higgs predicted by the standard model.

“The majority of my work is playing with the math—what happens if we change this or that variable, or introduce a new one?” she said. “Sometimes that means making and interpreting a series of graphs on the computer, or just working through a lot of algebra and calculus on paper. We also look at recent papers from other researchers working on 2HDMs and we try to replicate their results or come up with different ways of looking at the problem.”

For Rogers and Sher, the July 4 announcement was akin to a fireworks display. The fact that experimental results at CERN had reached 5 sigma—the benchmark for declaring “discovery” on a scale that ranks the quality of the results—meant that physicists now have evidence to support what they had predicted mathematically.

“This has certainly been an exciting summer,” Rogers said. “After the news was official, Professor Sher was fielding calls and emails from reporters the rest of the week. Every morning when I would come into work, Professor Sher would have a new paper for me to read.”

When she is not working on the groundbreaking discovery, Rogers—who is pursuing minors in philosophy and theology, in addition to her physics major—is thinking ahead to the future, researching doctoral programs in the philosophy of physics.

“It’s exciting to work on problems for which no one actually knows the answers yet—there are no solution manuals,” she said. “I just find it fascinating to get to study theories about the most fundamental constituents of matter. What happens when you can’t break it up any further? How does that work? These are age-old questions, and this discovery is a huge step toward answering them.”