skip to main content
Return to Fordham University
You are at:Home»Inside Fordham»Fordham Grad Student Wins Science Scholarship
Claire McKay Flynn, a biological sciences student in Fordham’s Graduate School of Arts and Science (GSAS), has been awarded the Renate W. Chasman Scholarship for Women.
The $2,000 scholarship is awarded by Brookhaven Women in Science (BWIS), a not-for-profit organization at the U.S. Department of Energy’s Brookhaven National Laboratory, to encourage women to pursue careers in science, engineering, or mathematics. 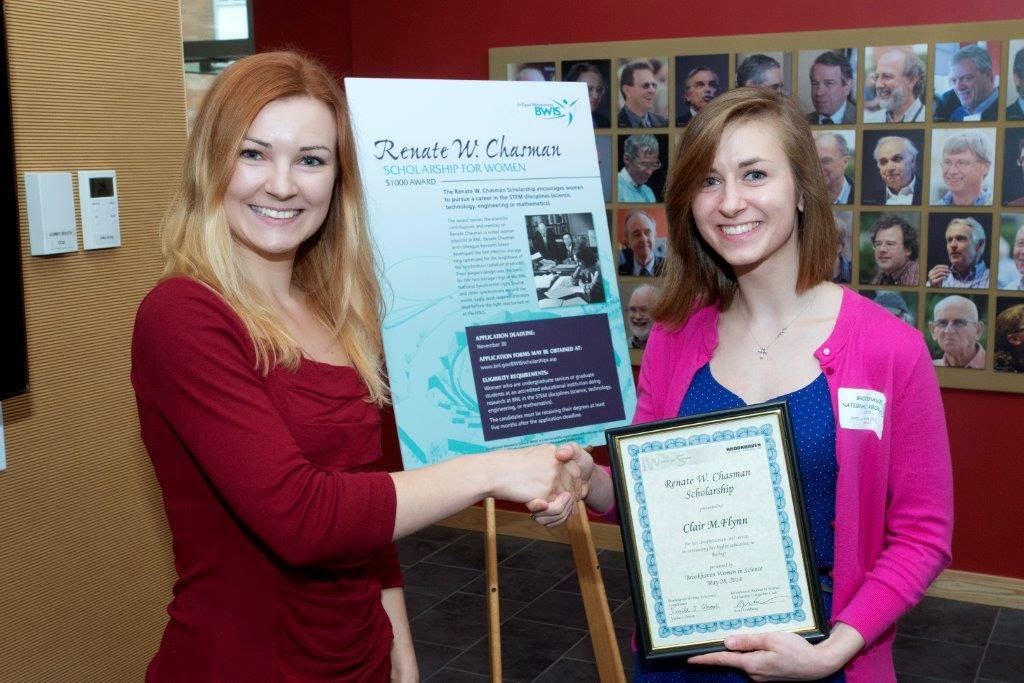 McKay Flynn came to Fordham from Adelphi University, where she majored in French and biology. She participated in summer research in synthetic biology at North Carolina State University, and after a year teaching high school English in France through the Fulbright English Teaching Assistant program, she decided to work toward becoming a university professor.
Flynn is keenly aware of the sometimes mistaken perception of scientific research by the public and would like to change that, especially in the area of nature conservation. She hopes to spread the word about the importance of scientific research to the general public through educational programs.
“As an undergraduate, I was fortunate to be granted many opportunities that enhanced my education,” she said.
“I am grateful to Brookhaven National Laboratory and BWIS for the opportunity to pursue my goals in graduate work.”
Flynn was one of two scholarship recipients for the year 2013, along with Kaitlyn Anne Suarez, an undergraduate student at Union College in Schenectady.
The scholarship is named after the late Renate W. Chasman, a noted physicist at Brookhaven Lab. Chasman’s legacy includes contributions to the development of particle accelerators, as well as the design of the electron storage rings at the National Synchrotron Light Source at Brookhaven and elsewhere around the world.
Fordham UniversityGraduate School of Arts and Sciences
Share. Twitter Facebook Google+ Pinterest LinkedIn Tumblr Email