​On July 10, 2017, Fordham received a $10.5 million gift from the estate of the late Stephen E. (Steve) Bepler, FCRH ’64, a longtime supporter of the University and trustee, and his widow, Kim Bepler, an honorary trustee fellow. Eight million dollars from the gift will be used to establish four endowed professorships to advance Fordham’s commitment to science education: 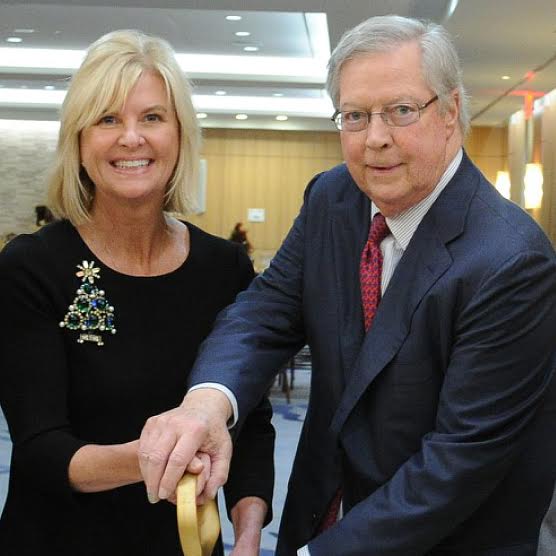 The additional $2.5 million will be added to a fund for a new science building to be built eventually at Fordham’s Rose Hill campus in the Bronx, to which the Beplers have already given $7.8 million.

“Steve was a true man of Fordham, and Kim has honored him and us with her ongoing passion for Fordham’s noble mission and involvement in the life of the University,” said Joseph M. McShane, S.J., president of Fordham. “We are truly grateful for Steve and Kim’s extraordinary generosity and care for Fordham. This gift will help educate generations of scholars in the Jesuit tradition, and is an investment in the sciences at Fordham.”

The University is seeing growth in STEM disciplines, including a rise in science majors, the newly launched Fordham Center for Cybersecurity (the National Security Agency and the Department of Homeland Security have designated Fordham as a National Center of Academic Excellence in Cyber Defense Education this spring), in addition to the University’s graduates traditionally high acceptance rates in U.S. medical schools.

At the time of Steve Bepler’s death, in October 2016, Robert D. Daleo, chair of Fordham’s Board of Trustees, said, “Steve Bepler was a trusted colleague and a very astute businessman. My heart goes out to Kim and his family on their great loss. Steve was generous with his time and gifts, and both genial and straightforward in his relations with his colleagues on the Board. I will miss his wisdom and his good company.”

Kim and Steve Bepler’s investment in Fordham’s mission is profound and far reaching, now totaling $31 million. Their gifts have created several other endowed professorships and scholarships, supported Fordham’s Catholic and Jesuit mission, and they have given generously to the Fordham Founder’s Scholarship Fund. Their generosity also had an impact on several Rose Hill buildings, including the University Church (and later a new organ), where the couple contributed toward its restoration. Two years ago, their philanthropy was recognized with the naming of Bepler Commons in Faber Hall. The Beplers are among the three largest donors to the University. Fordham honored the Beplers with the Fordham Founder’s Award in 2007, and in 2014, Steve Bepler was awarded the University’s highest honor, a Doctor of Humane Letters, at Fordham’s Commencement.

Steve Bepler worked as an investment professional for nearly five decades. After earning his M.B.A. at Columbia University School of Business in 1966, he began his career at Brown Brothers Harriman & Co. in the investment advisory department. He joined Capital Group in 1972 and remained there for four decades, rising to senior vice president and director at the company’s Capital Research Global Investors division. He also served as an equity portfolio manager at American Funds Washington Mutual Investors Fund, Capital World Growth and Income Fund, and EuroPacific Growth Fund. He and his EuroPacific Growth team were twice (1999 and 2009) recognized by Morningstar’s “Fund Manager of the Year” Awards in the international stock arena. In addition to his financial work, Bepler taught a course at Stanford University for more than a decade.

The Beplers were married in 2002. They gave generously to a variety of educational institutions and causes, including the Archdiocese of New York, New York Nativity Schools, and Cristo Rey New York High School in Harlem. Steve Bepler was also a benefactor and board member of the Forman School in Litchfield, Connecticut, Barnard College, the Inner-City Foundation, the Washington Theological Union in Washington, D.C., and Fairfield University in Connecticut.

“Like her late husband, Kim Bepler exemplifies the Jesuit principle of men and women for others,” said Father McShane. “We are pleased beyond words that she has embraced the community of students and scholars at Fordham. Her kindness and generosity will not only change the lives of students for generations to come, but also exhorts us to become better women and men in the service of the University.”