skip to main content
Return to Fordham University
You are at:Home»Inside Fordham»Earth Month Lecture to Focus on Sustainable Cities

As urban communities around the world grow at extraordinary levels, environmentalists and urbanites are working together to build sustainable cities that are not only good for the planet, but also for people. 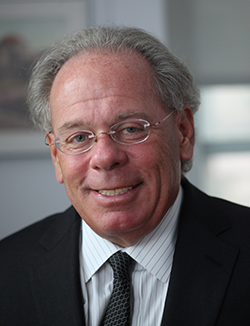 In an April 19 lecture at Fordham’s McGinley Center Commons, Steven Cohen, Ph.D., executive director of the Earth Institute at Columbia University, will discuss the nation’s evolution from preservation to sustainability. The talk, which is free and open to the public, will also cover topics related to renewable energy, the sharing economy, and technological advances.

Cohen’s lecture, “Building Sustainable Cities and Living Sustainable Lifestyles,” is part of a series of events for Earth Month, organized by the Bronx Science Consortium, a partnership between the University, the New York Botanical Garden (NYBG), Bronx Zoo, Albert Einstein College of Medicine, and Montefiore Health System, and co-hosted by Fordham’s Office of Research.

Though Earth Day is officially on April 22, the consortium has dedicated the entire month of April to environmental literacy.

The consortium’s Earth Month began on April 5 with a presentation about securing funding for scientific research, led by Walter L. Goldschmidths, vice president of and executive director of the Office of Sponsored Programs at the Cold Spring Harbor Laboratory. That same day, the University also held a research forum with guest chair Brian M. Broom of the NYBG. Fordham’s Bronx partner, the Bronx Zoo, hosted a Nature Club Family Event and Bronx Zoo Quest on April 8, which aimed to connect families to nature through activities in different locations around the zoo.

Some remaining events of Earth Month include:

Ron Jacobson, Ph.D., associate vice president in the Office of the Provost, said the series of Bronx Consortium events encourages the local community to work together for the good of the environment.

“It’s an opportunity for Fordham scientists and students to interact with other world class institutions in the Bronx,” he said.
(Earth photo by Bruce Irving, Creative Commons)