skip to main content
Return to Fordham University
You are at:Home»Inside Fordham»Calder Symposium Takes On Bats, Fungi, and Climate Change
Photos by Bruce Gilbert
Merve Karakaya enrolled at Fordham knowing that she wanted become a physician, but as she advanced in her studies, she realized there were other areas in science that she wanted to discover.

“Oftentimes people follow the traditional path of medicine and nothing else, but I wanted to explore where my other talents and interests lied, beyond this medical barrier,” said Karakaya, a rising senior with a double major in biology and philosophy.

At the 2017 Calder Summer Undergraduate Research (CSUR) Symposium, held at the Louis Calder Center on Aug. 4, Karakaya and four other undergraduates in the CSUR program got the opportunity to share scientific research they worked on in the fields of ecology, conservation, and evolution. 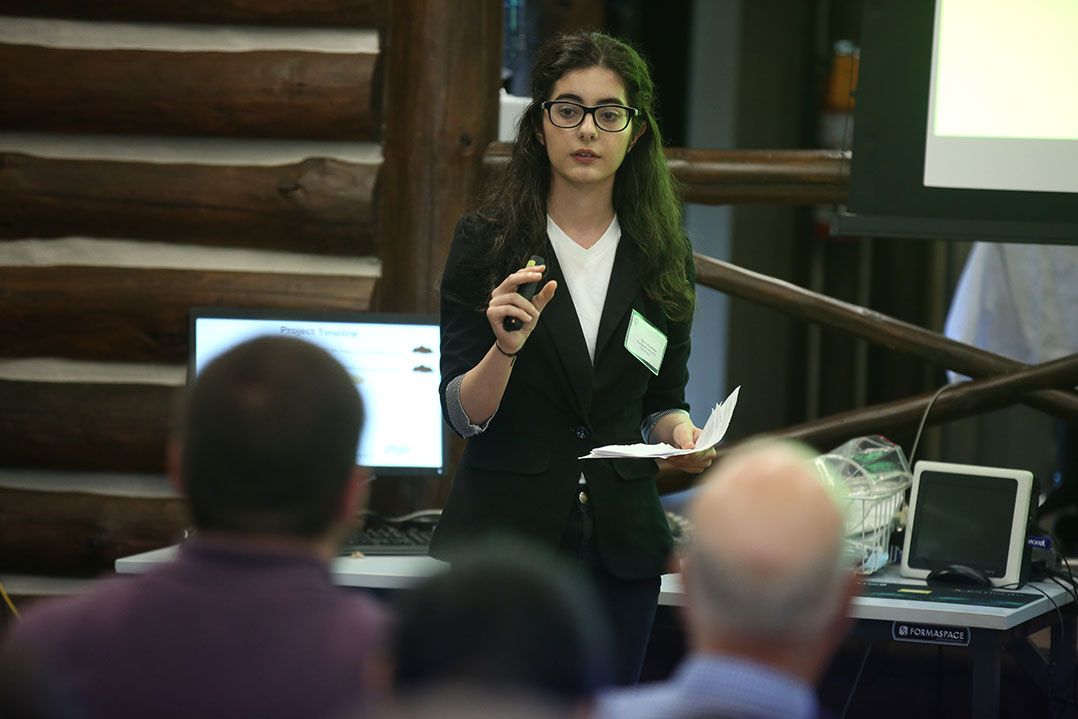 Karakaya examined the fungal composition of the soil in undisturbed and disturbed woodlands of Van Cortlandt Park in the Bronx to see if fungi were helping to restore sites that were disturbed by human interference, invasive species, and drought.

“If we better understand these communities of fungus in the soil that aid in the prospering of these plants, maybe we could apply that to microorganisms in the human intestines to help people with gastrointestinal issues,” she said.  “I think a lot of answers are already present in nature, but we don’t look to it as often as we should.”

For Joseph Gross, a rising senior who presented research on the effectiveness of catnip essential oil in repelling ticks, an understanding of how the popular herbal oil works to deter pests can improve public health.

“Lyme disease has been increasing over the years, and as we see more cases, it’s become a research focus to try and develop new methods,[other]than what we’ve been using,” he said.

Rising senior Linelle Abueg, teamed up with biologist Jason Munshi-South, Ph.D. associate professor of biology, for an exploratory study of genomes New York City brown rats to identify areas in their DNA where they might differ from other rats.

Other students were focused on conservation.

Lauren Beglin, FCRH ’19, jumped at the chance to work with Craig Frank, Ph.D., associate professor of biology, on a study on the effect of cutaneous lipid composition on the growth of the fungus P. destructans. That fungus is the causative agent of White-Nose Syndrome, which has killed millions of bats over the past decade.

“Bats are such a critical part of our ecosystem,” she said. “They perform an estimated $22 billion worth of agricultural pest control, and they’re a major consumer of mosquitos.  They’re an important population of species that I’d like to see preserved in this area because our ecosystem benefits from them.” 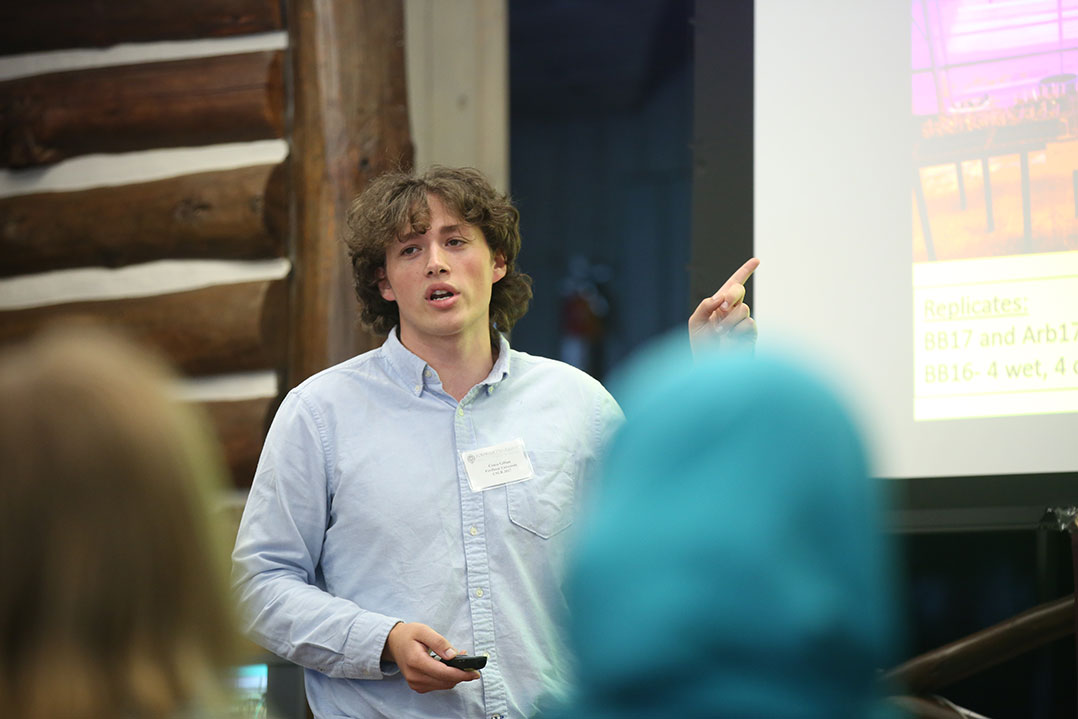 As climate change continues to be a hot topic in science and politics, Connor Gilligan, a rising senior, said his evolutionary biology study on the effects of severe drought on California’s Brassica rapa plant may provide a unique perspective on the contentious issue.

“People can be resistant to the realities of climate change, and I think this really reinforces that indeed the climate is changing,” he said. “It’s important to see how different organism are contending with this.”

Over the course of the 10-week program, the students “lived, ate, and breathed” science, and it showed in each of their presentations, said Thomas J. Daniels, Ph.D., director of the Calder Center and co-director of its Vector Ecology Laboratory.

“We’re trying to make new ecologists,” he said. “That’s what the CSUR represents.

It’s a very hands-on, motivating opportunity for students to be introduced to science research at a level that they wouldn’t normally get as undergraduate students.”

Sarah Whorley, GSAS ’16, the keynote speaker of the symposium, said she hoped the students would be inspired to bring science engagement opportunities to the public.

“In normal, everyday conversations about sciences, we need to move away from jargon,” said Whorley, an assistant professor of biology at Daeman College.

“It’s important to train scientists and educators to not only be able to have that high-level conversation, but to reach new scientists and get more people involved and interested by being linguistically accessible.”

The 2017 Calder Summer Undergraduate Research (CSUR) Symposium was sponsored by the Louis Calder Center and supported by the National Science Foundation.