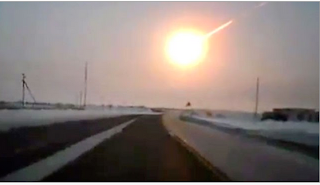 Frame grab of the meteorite contrail made from a video, on a highway from Kostanai, Kazakhstan, to Chelyabinsk region, Russia, Feb. 15, 2013. (Credit: asha gazeta/www.ng.kz/AP)

Once again, a Fordham professor has played a part in important research about meteors.

Scientists have been studying data on the meteor that exploded over Chelyabinsk, Russia, in February – the largest asteroid in more than a century to enter the earth’s atmosphere. Three studies published earlier this month suggest that such occurrences could be more frequent in the future. 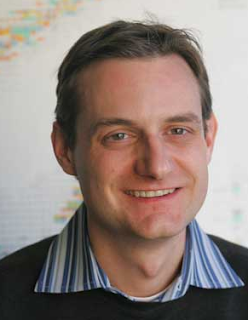 Jon M. Friedrich, Ph.D., associate professor of chemistry, was one of 57 researchers from nine countries present a comprehensive overview of what occurred that day in a report published on Nov. 6 by the journal Science. The report is lead by Dr. Olga Popova of the Institute for Dynamics of Geospheres of the Russian Academy of Sciences in Moscow and by NASA Ames and SETI Institute meteor astronomer Dr. Peter Jenniskens, who participated in a fact finding mission to Chelyabinsk in the weeks after the fall.

Fordham’s Chemistry lab examined the “shock history” of the rock before it entered the atmosphere.

Friedrich said the analysis conducted in his lab helped determine how meteorites entered the atmosphere, which, in turn, plays a pretty important role when it comes to understanding the extinction events and catastrophic events that could happen.

“The better we understand this, it allows us to figure out how to defend ourselves should it arise,” he said.