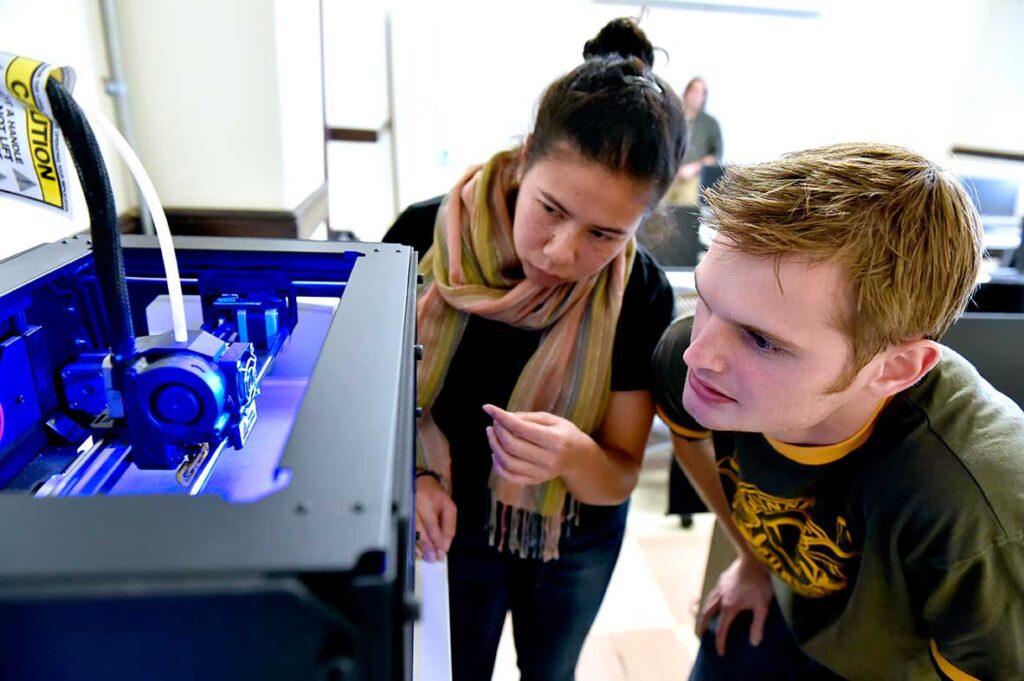 Stephen Holler doesn’t have any barriers or flagmen stationed outside Freeman Hall, but make no mistake: the Rose Hill building is indeed a construction site.

Holler, an assistant professor of physics and engineering physics, is teaching “Modeling, Simulation, & Design” to undergraduates majoring in physics and engineering physics. The highlight of the class is three 3-D printers that students harness to construct objects as simple as trinkets or as complex as working catapults.  To do it, they learn how to use SolidWorks, a software package that’s the industry standard for mechanical design, and by extension the burgeoning 3-D printing industry.

“They can now create an object, apply forces to it and see how it deforms,” Holler said. “They’re taking their computer experiments and turning them into real world experiments.”

One of the challenges students are tasked with in the class is constructing trusses for a bridge, the strength of which they then have to test. Once students have calculated what the forces or stresses are on the object, they compare that with the simulation, Holler said, and then the actual model.

“They can test the real thing and prove to themselves that physics does actually work.” 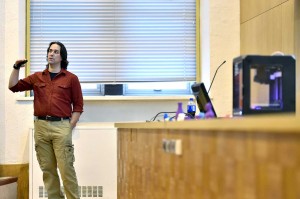 Stephen Holler, alongside a Makerbot printer. Photo by Dana Maxson

Using the printers saves both time and money. They cut the amount of time it takes to construct a prototype of a piece of equipment from weeks to just a day. This is particularly useful if you realize that your original design is not the right one, said Holler— who recalled his own days of designing in the private sector before he came to Fordham.

He once designed a diagnostic tool for measuring mirror reflectivity, everything from the box to most of the components that went on the inside.

“But the way we had sketched one of the pieces was flipped from how the machinist read the drawing,” he said.

The end result, he said, was an expensive reworking—something that a 3-D printer would have likely eliminated.

Last year, for their final project, students were tasked with building catapults. This year they’re building cars, boats, and windmills. Their end project consists of a report with mechanical drawings, a physical model from the printer, and the results of stress, displacement, and frequency vibration testing.

Ryan Wichtowski, a senior engineering physics major, thinks that mastering SolidWorks will make him more employable. For his final project, Wichtowski is building a wind turbine that will require 7 to 10 individual parts. He hopes to go to law school and concentrate on intellectual property law, where 3-D printing is often utilized in creating models for patent applications.

“It is definitely an area of technology where there will be a lot of growth and development, so it would be good to get a good understanding of everything behind it,” he said. 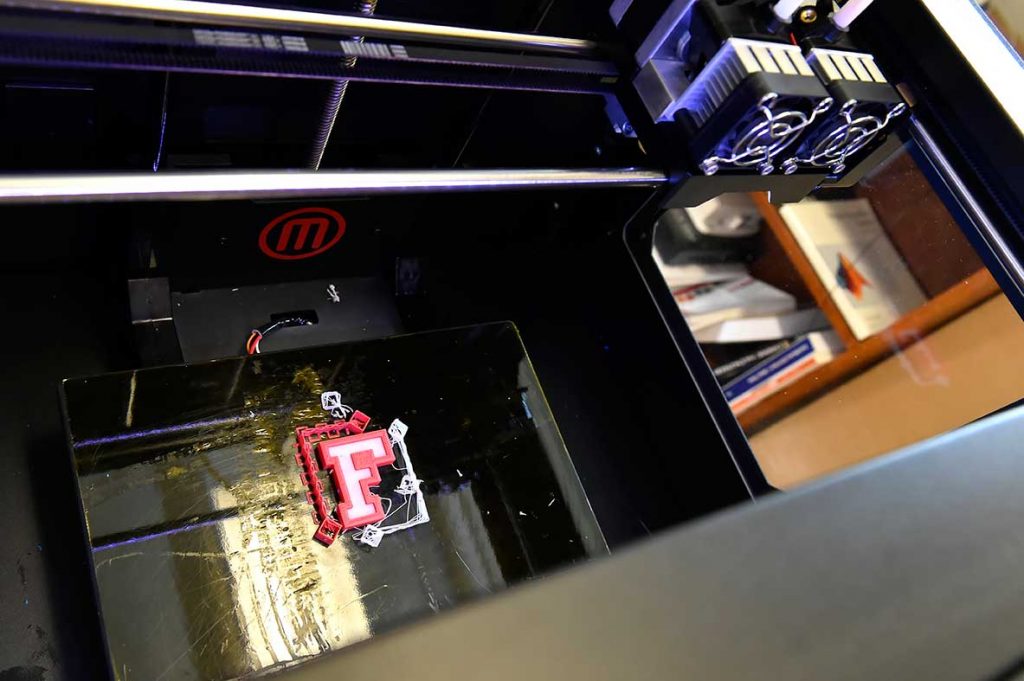 A Fordham logo under construction. Photo by Dana Maxson