skip to main content
Return to Fordham University
You are at:Home»Politics and Society»Yearlong Series to Address Free Speech

Freedom of speech and expression, two bedrock principles of American life, will be the subject of a new series at Fordham this year. 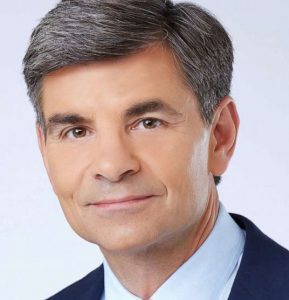 Speech Acts, which kicks off this week, will bring together high-profile speakers such as George Stephanopoulos and Nikole Hannah-Jones for eight panels and lectures to address an issue that has become increasingly fraught over the last few years.

“We’ve had a long-standing ferment in society, in the culture, and perhaps most intensely, on American campuses, about freedom of speech—what you can do, what you can say, and what can be discussed and in what form,” said David Gibson, the director of Fordham’s Center on Religion and Culture.

The center addressed the topic in March when it held a discussion on cancel culture, and over the summer, Fordham Provost Dennis Jacobs, Ph.D., asked faculty to propose their own ways to talk about what Gibson called “the lifeblood of university life”—the free and open exchange of ideas. 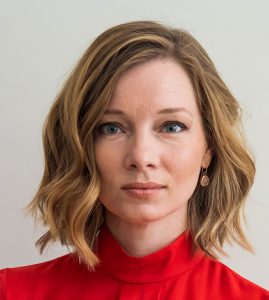 The first panel, “Political Discourse in a Polarized Age,” will take place Thursday, Oct. 7, from 3:30 to 5 p.m. at the Lincoln Center campus. It will feature Stephanopoulos; Kristen Soltis Anderson, a pollster and author of The Selfie Vote: Where Millennials Are Leading America (And How Republicans Can Keep Up) (Broadside Books, 2015); Robert Talisse, Ph.D., professor of philosophy at Vanderbilt University; and Roshni Nedungadi, a partner at HIT Strategies. Monika McDermott, Ph.D., professor of political science, will moderate.

Hannah-Jones will speak on Feb. 1. Jones, the creator of the New York Times’ “1619 Project” on American slavery and its consequences, was denied tenure at the University of North Carolina in June, and subsequently joined the faculty of Howard University. Her story generated enormous debates about academic freedom, and lawmakers in Arkansas, Iowa, Mississippi, Missouri, and South Dakota introduced bills to ban teaching the “1619 Project” in schools. She will be interviewed by Janai Nelson, associate director and counsel at the NAACP. 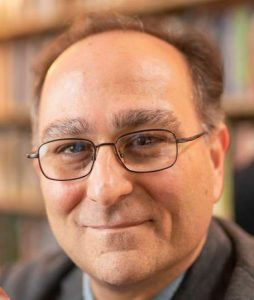 Catherine Powell, a professor at Fordham’s School of Law who was instrumental in inviting Hannah-Jones, said her work is key to understanding how the United States is undergoing a backlash similar to the one that happened in the 1960s in reaction to the civil rights movement.

“As a society, we’re currently having a debate about who gets to speak, who gets heard, and whose ideas are valid,” she said.

Hannah-Jones’ 1619 Project has been a major force in this debate, she said.

“That was a way to make visible certain ideas and certain histories that many Americans have been unaware of, that the history of Black Americans goes back 400 years, not just to the country’s founding,” she said. 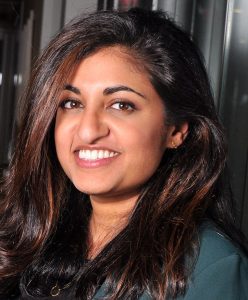 Powell said it’s crucial that the educators are committed to the truth and shun “alternative facts” and disinformation.

“At the same time, it’s important that the university is a place where all ideas are welcome, even unpopular ones and unpopular speech, that we learn to be agreeable to being disagreed with, and that we learn from each other,” she said.

“Being open to the possibility that our ideas may evolve, and hearing others in a place where we can each speak freely and respect each other is critical to learning.”

The lectures represent the depth and breadth of the expertise of Fordham faculty. Miguel Alzola, a professor from the Gabelli School of Business, will moderate a panel on Oct. 15 titled “Is Free Expression at Risk in U.S. Organizations?” Abner Greene, a professor at the School of Law, will moderate “The Promise and Limits of Our First Amendment,” on Jan. 26. And associate professor of communications Jesse Baldwin-Phillippi, Ph.D., will moderate “Speech Impacts: ‘Cancel Culture’ and the Consequences of Our Words” on Nov. 4.

The Center on Religion and Culture is contributing with “The Quality of Mercy: Justice, Forgiveness, and Public Discourse,” a panel in the spring on a date to be determined. Gibson said the plan is to explore whether American culture is inflicted with a puritanical streak that leads people to be intolerant and unmerciful toward others, as well as incapable of forgiveness.

“My biggest concern is that that we only attempt to approach this through the lens of rights, or policies, or grievance, and I think we need to approach this from a spiritual and social perspective. This is about our relationships with each other,” he said.

As for the series, Gibson said he’s optimistic that there will be healthy disagreement among participants and audience members.

“More than any particular topic, speaker, or event, I hope the fact of holding this series will contribute to a solution because you’re going to bring people together in a space to discuss these things,” he said.

“What we’re trying to do is to model what good speech looks like, what a constructive environment for education looks like.”

In-person attendance for the series is limited to the Fordham community, but the series will be live-streamed. Register here.