skip to main content
Return to Fordham University
You are at:Home»Inside Fordham»Violence Is Not the Norm: GSS and BK Nation to Co-Host Peace Conference

A spate of violent incidents recently highlighted in the news has yet again called the nation’s attention to a problem plaguing the country.

Next week, activists will gather at Fordham to send the message that no amount of violence should be tolerated. 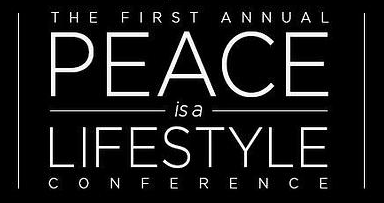 On Saturday, June 28, Fordham University and BK Nation, in conjunction with Erica Ford’s Life Camp, will host the inaugural “Peace is a Lifestyle” conference at Fordham’s Lincoln Center Campus. The conference will tackle serious societal issues including gun violence, hate crimes, bullying, and violence against women and girls.

The daylong gathering will feature prominent speakers, as well as activists, advocates, academics, elected officials, and concerned community members of all ages.

“We want to galvanize a lasting coalition of anti-violence advocates from around the five boroughs. There are a lot of groups that are loosely working together, but we feel that there needs to be more of a collaboration, sharing information and resources,” said Kevin Powell, president and co-founder of BK Nation.

“It’s also important for the city to see this, because there is no [single]office in New York City that funds these sorts of efforts, which we think are critical. There are smaller offices that deal with discrete issues, but we feel there needs to be an overarching initiative to address violence.”

Powell, who will deliver the conference’s keynote address, has already worked extensively to curb violence in New York City through BK Nation, a national organization that promotes community activism to address matters such as education, civic engagement, health and wellness, and job and small business creation.

“Violence is an epidemic in our country. If you look at the last couple weeks alone, with the shootings in California and Oregon, you’re almost bracing yourself for the next tragedy,” Powell said. “We don’t think violence should ever be normalized in our society. There should be an outcry about these types of things happening. It should never be the case that people feel the solution to a problem is to commit a violent act against others.”

In addition to identifying pressing violence-related issues in the city, the conference will explore possible solutions and actions that communities can take to bring the city closer toward peace.

“In the wake of violent acts that are taking place both here and around the world, people in our communities are feeling hopeless. We are increasingly aware of the violence, but unaware of the groundbreaking work that’s being done in the anti-violence movement,” said Priscilla Dyer, special projects administrator for theGraduate School of Social Service (GSS).

“With this conference, we hope to go beyond talking about the problems to formulating viable solutions moving forward,” she said.

The conference is free and open to the public. For more information, visit the conference website, email Priscilla Dyer, or call 212-636-6623.