skip to main content
Return to Fordham University
You are at:Home»Editor's Picks»The Needy and the Needed: Grappling with Tough Questions about Homelessness and Service

When she had signed up for Susan Greenfield’s course on homelessness this semester—an English course with 30 required hours of service learning—she was as ready and willing as any Jesuit-educated student to serve the community.

But when she showed up to volunteer at a Bronx shelter for women and children and was told that there was no need for her, Shilo was at a loss.

“When we fulfill a need, we feel important, we feel irreplaceable, and we feel satisfied,” Shilo, a junior at Fordham College at Rose Hill, said during Greenfield’s Friday morning class. “When . . . this need-based satisfaction was taken out of the [equation], I began to question what my motive was in doing service.

“Am I serving simply to feel good about myself, and is it okay if I am, as long as the result is the same? Am I doing it as a type of ‘humble brag,’ making sure everyone knows that I am a socially conscious, ‘good,’ and caring individual?” 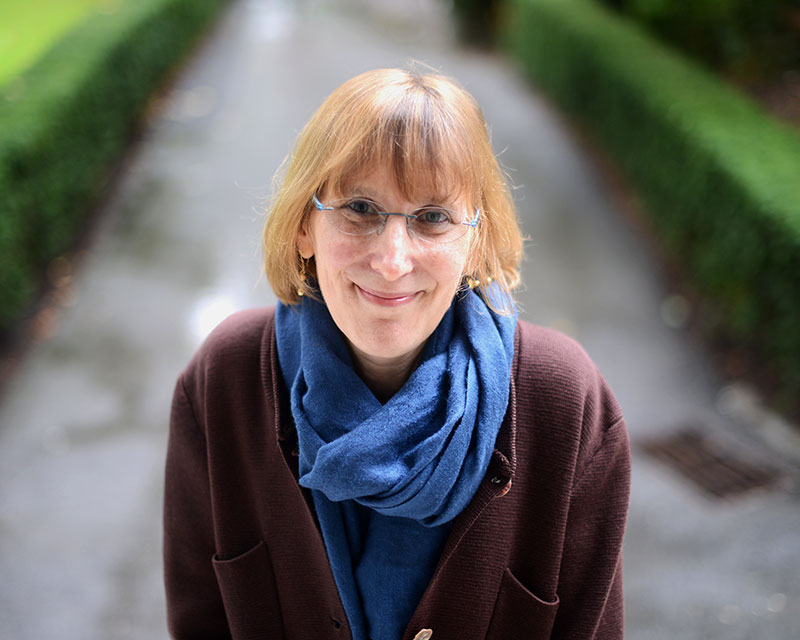 These are the tough questions that Greenfield, PhD, a professor of English, wants her undergraduate students to be bothered by. Her course, Homelessness: Literary Representation and Historical Reality, uses a literary approach to examine the complex issues surrounding homelessness. On the reading list are texts ranging from classics such as The Grapes of Wrath to contemporary memoirs such as Lee Stringer’s Grand Central Winter: Stories from the Street.

On the experiential side, students have heard stories firsthand from formerly homeless individuals who spoke to the class. In addition, the students are required to complete 30 hours of service in an organization that serves the homeless—a fairly easy quota to fulfill when you live in a city of more than 59,000 homeless men, women, and children. (In fact, this estimate is extremely low, because it does not include the number of people living on the street, nor the number of women and children in domestic violence shelters.)

The service component, it turns out, has prompted a healthy amount of internal conflict.

In response to Shilo’s predicament, another student in the class shared her ambivalence about the idea that volunteering helps the privileged become more aware of and sympathetic to those in need. “It’s service, but you’re just ultimately serving yourself,” she said. “I don’t have an answer to that dilemma.”

That may be, but educating and inspiring those who do service can still be useful, suggested another student. “Look at an organization like Part Of The Solution (POTS),” he said. “That’s how POTS began—[the founders]had an initial experience of service and then began that organization, which really does make a difference.”

The desire to “make a difference” is often what draws students to service, Greenfield said. In class, however, as they’ve begun to consider that desire, the students are learning that “making a difference” is a nebulous goal. Moreover, there seems to be a tacit power dynamic beneath their good intentions.

“Someone needs and someone is needed. Being needed feels good; being in need doesn’t feel so good,” Greenfield said. “That idea, to me, is important. Is there a way to do service that fosters equality rather than replicating the power problem that created the situation in the first place?”

One way to achieve that is to respect the autonomy of whoever is being served, she said. “Even a simple gesture [such as]saying ‘Can I help you?’ rather than ‘Let me help you,’ is a political change. It’s a move from ‘I’m going to do this’ to ‘Do you want me to do this?’ That’s how you can make a difference on the local level.”

Literature is an entryway into these kinds of conversations, Greenfield said. Many texts, such as Shakespeare’s King Lear and Mark Twain’s Adventures of Huckleberry Finn, exalt homelessness rather than view it as a social failing.

“The characters who fall socioeconomically ultimately rise as human beings. They become even better people,” Greenfield said. “There’s a certain nobility and integrity that comes from ending up at the bottom. It becomes a kind of heroic act to have fallen.” 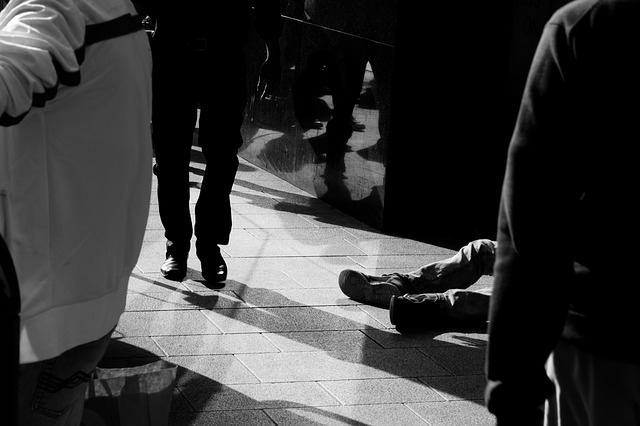 And yet, that hardly serves as solace for someone living the trauma of homelessness. It still overlooks the question of whether one can ever alter the power struggle in the service dynamic—or, as Shilo wondered, whether it even matters if the end result still benefits the person being served (or at least does not cause harm).

“I always find when I teach this course that there’s a place at which my brain just stops. I can’t get beyond some of these questions,” Greenfield said. “It’s not like reading literature and discussing, where you have a eureka moment and reach some kind of conclusion.”

There’s no clear-cut answer, unfortunately. Greenfield cautions her students about this upfront: “Unless we ourselves have been homeless, we cannot presume to understand the trauma,” she wrote in the course syllabus. “But we can open ourselves up to learn about it and to work toward social justice.”

Sometimes, forming relationships are the only option available. To that end, stories are a good start.

“Literature is an exercise in imagining another person’s experience and being open to it,” Greenfield said. “To bring that kind of awareness and openness to people who you might normally just pass by and not even notice, it does change things.”