skip to main content
Return to Fordham University
You are at:Home»Inside Fordham»University Board of Trustees Elects New Chair 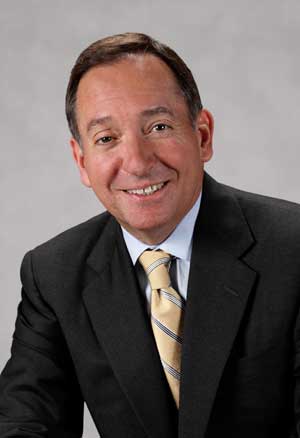 Robert D. Daleo, GSB’ 72, has been elected chair of the Fordham University Board of Trustees, effective July 1, 2012, the Office of the President has announced.

Daleo, the vice chairman of Thomson Reuters, has been a member of Fordham’s Board of Trustees since 2008, is the current chair of the finance and investment committee, and a member of the board’s executive committee. He was also a founding member of Fordham’s President’s Council. Daleo previously served as executive vice president and chief financial officer of Thomson Reuters. He was executive vice president and chief financial officer of the Thomson Corporation and also served as a member of the Thomson Corporation’s board of directors prior to the company’s acquisition of Reuters Group PLC in 2008.

“It speaks volumes that Fordham can claim alumni as gifted and accomplished as Bob Daleo, and that we can attract such talent to serve on the University’s Board of Trustees,” said Joseph M. McShane, S.J., president of Fordham. “He brings broad experience, financial acumen, and Jesuit roots to the chairman’s position, all of which are tremendous assets in advancing Fordham’s mission.”

Daleo takes over for John N. Tognino, PCS ’75, who was honored for his service to the University at the March 26 Founder’s Award Dinner.

Tognino, CEO of Pepper Financial Group, former executive at Merrill Lynch, and a former executive vice president at NASDAQ, had served as chair since 2004, and was lauded at the dinner as a “a true man for others.” He was also was presented with the President’s Medal at the last meeting of the board.

“We have been very lucky—I would say blessed—with John Tognino’s leadership on the Board of Trustees,” said Father McShane. “John has provided a steady hand and much wise advice in his eight years as chairman, and he leaves behind a legacy of enormous growth and accomplishment at the University. I consider him a trusted counselor and friend, and am enormously in his debt.”

Daleo began his career with the Thomson Corporation in 1994, when he joined Thomson Newspapers as senior vice president, chief financial officer.  He was later appointed chief operating officer of Thomson Newspapers, before being moved to the parent, Thomson Corporation where he held senior roles including senior vice president, finance and business development; and executive vice president, business operations and planning. He was named chief financial officer in 1998 and appointed to the Board in 2001.

In addition to his undergraduate degree from the Gabelli School of Business, Daleo holds an MBA in finance from the City University of New York.

Thomson Reuters is the world’s leading source of intelligent information for businesses and professionals, combining industry expertise with innovative technology to deliver critical information to leading decision makers in the financial and risk, legal, tax and accounting, intellectual property and science and media markets, powered by the world’s most trusted news organization. With headquarters in New York and major operations in London and Eagan, Minnesota, Thomson Reuters employs approximately 60,000 people and operates in over 100 countries. Thomson Reuters shares are listed on the Toronto and New York Stock Exchanges (symbol: TRI). For more information, go to thomsonreuters.com.