skip to main content
Return to Fordham University
You are at:Home»Politics and Society»Ukraine Invasion Has Changed German Public Opinion, Says Professor
German soldiers participating in a military parade in Romania in 2019.
Since Feb. 24, much of the world’s attention has been focused on Ukraine, which has been under attack by Russian armed forces. In response, Germany took remarkable action. On Feb. 27, leaders from all of the country’s major parties came together to embrace what has been verboten for nearly eight decades—a Germany capable of fighting a war. As a member of NATO, the country had pledged to spend at least 2% of its gross national product on defense. It had never lived up to that pledge though, in part because in the past, militarization had disastrous results, including the Holocaust.

But on that day, German leadership agreed to double its defense budget, to 84 billion Euros (roughly $91 billion), and it also authorized a one-time expenditure of 100 billion Euros to modernize its armed forces, signifying that if NATO countries were to get involved in the Russia-Ukraine conflict, Germany would be ready.

In another first, the country also sent weapons to Ukraine and authorized other countries to send German-made weapons there as well.

For Annika Hinze, Ph.D. an associate professor of political science, the director of Fordham’s Urban Studies program, and a native of Germany, the change of heart couldn’t come soon enough.

Q: Were you surprised that Putin decided to invade Ukraine? 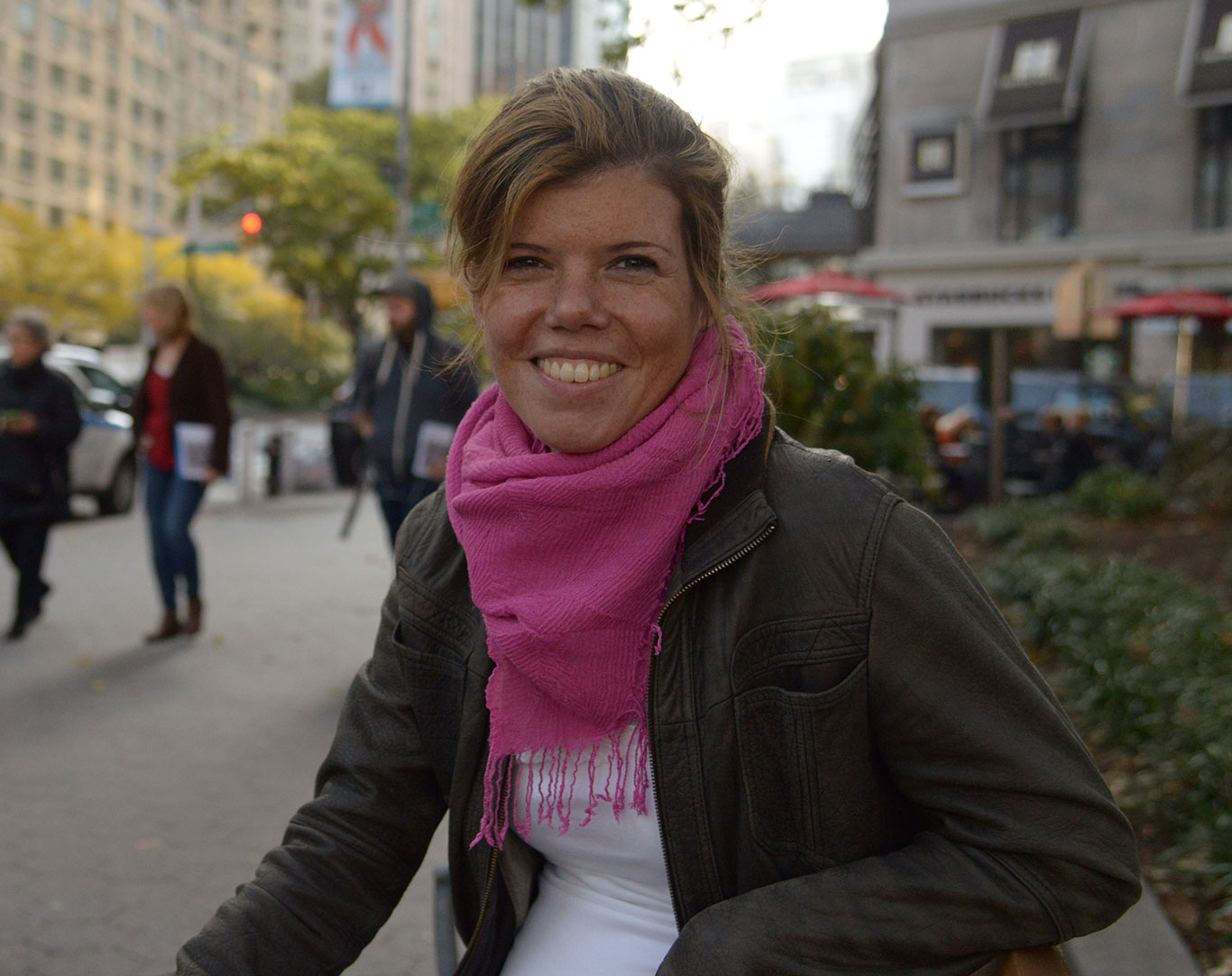 A: No, I don’t think I was. Especially in the last few weeks leading up to it, I think the West was completely asleep and quite frankly, I was really angry. I was angry to see the way that especially German foreign policy was dealing with this. There’s a German phrase Wandel durch Handel, which means “peace through trade.” It’s based on this old but very flawed theory that countries that are engaged in trade relations don’t go to war with each other. But I think all of that is out of the window now.

The German foreign minister said on Thursday, when Putin marched into Ukraine with a full-scale invasion, that she was outraged that Putin had lied to her face and had lied to the face of the German chancellor. Really, are you really surprised? How many times has he lied before?

Q: Do you think Europeans want Germany to get involved?

A: It’s the largest scale conflict on European soil since the end of World War II. All of European policy has tried to work toward preventing any sort of conflict in the European theater again, especially on that scale.

This is different because it’s a full-scale invasion by a former superpower of a sovereign, outspokenly pro-Western democracy. But when we talk about countries like Hungary and Poland, there’s that old ghost of Russia. There are still people alive who remember the Soviets very forcefully overthrowing uprisings for democracy in Eastern bloc countries and, suppressing public opinion and freedom of expression.

As someone from a former aggressor nation, I know my grandma’s stories about World War II. It’s something that’s very vivid still in a lot of Europeans, and especially for Eastern Europeans and Ukrainians, who were invaded by the Nazis, then invaded by the Soviets. And now they’re once again being invaded, by the Russians.

Q: Why do you think Germany has been slow to respond, and what impact does that have on Europe and NATO countries?

A: It’s been very frustrating to see German silence on so many issues. It doesn’t just concern Russia; it’s so many conflicts around the world, or in front of the German doorstep. I think that the European Union should have spoken more forcefully toward violations of human rights and freedom of expression in Hungary, for instance, where we’ve seen a rapid progression towards authoritarianism.

When Donald Trump was inaugurated, [the magazine]Foreign Policy had an article on whether German Chancellor Angela Merkel could replace any American leader as the leader of the free world. It became quite clear that Germany could not fill that position, even though it’s one of the strongest economies in the world. It could not fill that void because the German military is basically defunct right now. They have a lot of work to do before they get back to even a basic defense army.

This was for good reason, of course. The Western allies and the Soviets really didn’t want a strong Germany at the center of Europe again [after World War II], and Germany had to prove its peaceful intentions. But Germans have been too successfully taught not to be aggressors anymore.

Q: How deeply embedded in the German psyche is this importance of not getting involved in war or military conflict?

A: It’s part of our school system. We talk about the Holocaust, we visit concentration camps. There’s been a serious effort to confront in the collective memory what has happened and what Germany did specifically, not just in terms of two wars of aggression, but also in terms of mass genocide at the heart of Europe. That’s allowed a lot of Germans to say, ‘OK, we’re smarter than that now. We’ll never go to war anymore because war is unnecessary and we’re all pacifists.’ But you can’t really be a pacifist without weapons. And that sounds horrible, but I think in today’s world, that is just the truth. If you don’t have any weapons for collective defense, then you can’t keep the peace, especially not against aggressors like Putin.

Q: Do you feel like Putin’s aggression has spurred Germany to take on a leadership role in the world militarily?

A: It’s really too early to say where it will go. But I think the fact that they will then sit on a military that is going to be considerable on a world scale will put them in a position where they’re going to have to make decisions like that. It’s quite amazing that the German Bundestag made its announcement last Sunday, and in response, almost 500,000 people staged a protest against Putin in downtown Berlin. They did it to say we support what has just been decided.

That was really mind-blowing because very suddenly, there’s not just been a turn just in politics, but a turn in public opinion. Suddenly German political leadership has public opinion behind it on this, which has really never had happened since the end of World War II.