skip to main content
Return to Fordham University
You are at:Home»In the News»Two Weeks After Brussels Panel Discusses Human Rights in the Age of Terrorism

The recent terrorist attacks in Paris and Brussels have put the world on edge, a panel of experts said at an April 5 event sponsored by the Center on Religion and Culture.

In the aftermath, however, it is crucial that the global community avoids acting on xenophobic fear and instead prioritizes the protection of human rights—the most ethical and effective response to ensure global peace and stability.

The panel consisted of a Rwandan genocide survivor, the UN assistant secretary-general for human rights, a Columbia law professor, and a Fordham ethicist, all of whom weighed in on subjects including terrorism, torture, and capital punishment at a discussion, “In Good Conscience: Human Rights in an Age of Terrorism, Violence, and Limited Resources.”

“Human rights abuses like genocide don’t happen overnight,” said Consolee Nishimwe, a human rights activist whose family was murdered during the Rwandan genocide. “It [first involves]a systematic discrimination of a particular minority group or groups within a society with the encouragement or participation of the government or authorities.” 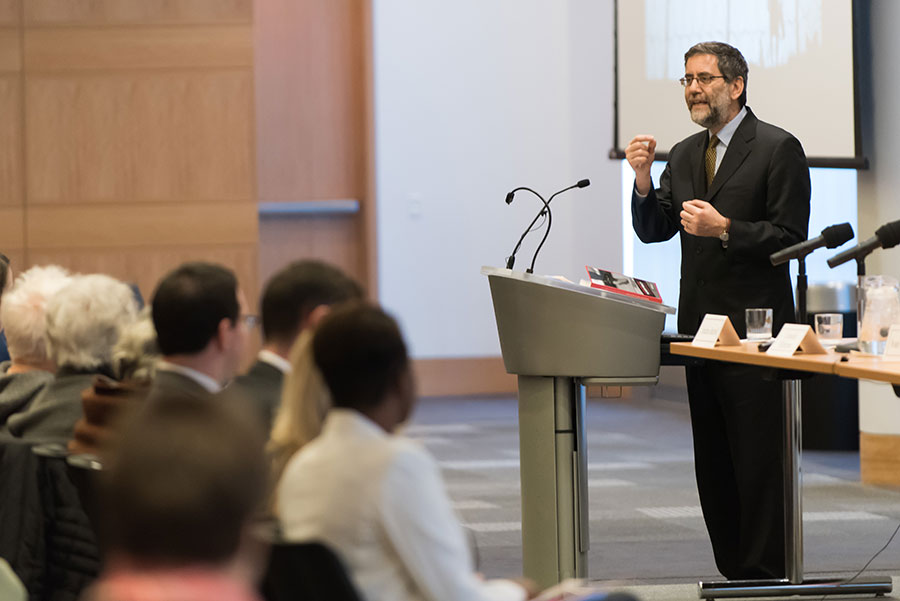 The global spike in human rights abuses is alarming, said Ivan Šimonović, PhD, the UN assistant secretary-general for human rights. Between 2014 and 2015, the number of refugees and displaced persons increased by 20 percent, reaching a record high of 60 million. Between 2013 and 2014, the number of people killed in conflicts around the world increased 33 percent.

“A lot of [these]conflicts can be attributed to the clash between aspirations and opportunities,” Šimonović said. “Access to information has never been better, which means people are aware that life can be better than how they’re living. This leads to frustration, dissatisfaction, and demand for change.

“If regimes do not want to change . . . what does that lead to? Rebellion, extremism, and terrorism.”

With the number of violent incidences climbing, interventions such as Chapter 7 of the United Nations Charter—which allows the UN Security Council to take military and nonmilitary action to restore international peace and security—need to happen once red flags appear, and not after mass atrocities and widespread abuses have already occurred, Šimonović said.

One of the earliest signs of impending mass violence is dehumanizing language, he said. In the case of the Rwandan genocide exactly 22 years ago, the country’s radio station Radio Télévision Libre des Mille Collines broadcasted racist propaganda to incite hatred against the Tutsi ethnic group, calling them “cockroaches” and “snakes,” and accusing them of being witches.

“There are patterns and symptoms of human rights violations that can predict that we’re heading toward potential mass atrocities… One of these is dehumanization—saying that this group isn’t human. It was the case for Jews, the same for the Tutsis, and it is happening now with the Yazidis [an Iraqi ethnic and religious minority].” 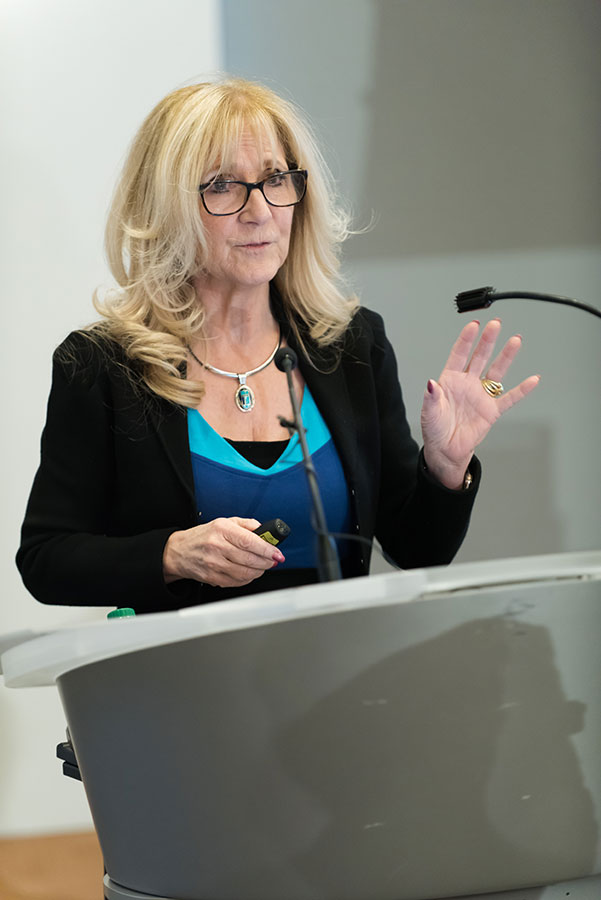 Other presenters included Matthew Waxman, the Liviu Librescu Professor of Law at Columbia University, and Celia Fisher, PhD, the Marie Ward Doty University Chair in Ethics and director of Center for Ethics Education.

Waxman, an expert on national security law who worked at the White House during George W. Bush’s administration, spoke about the use of torture in counterterrorism efforts and how we might structure laws to clarify interrogation policies in the event of national crises.

Fisher discussed the ethical dilemma that psychologists face when called upon to do diagnostic assessments in death penalty cases. According to the American Psychological Association’s ethics code, psychologists must uphold ethical standards and protect human rights even when these standards conflict with the law.

Death sentences are disproportionately given to poor and disenfranchised people, because these populations often lack equal access to due process, Fisher said. Because the law is inequitable and thus immoral, psychologists should refuse to participate in the process, she argued.

The panel was moderated by Andrea Bartoli, PhD, dean of the School of Diplomacy and International Relations at Seton Hall University.