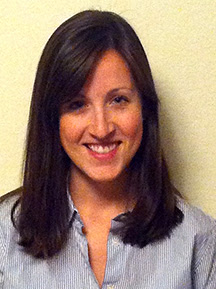 We’ve all seen it, heard it, and perhaps even participated in it: that gentle joshing of a friend about their race. In an increasingly diverse United States, ethnic categorization has taken on a far subtler approach than in the past, often hiding behind a mask of humor. A new study by Sara Douglass, Ph.D, GSAS ’13, published online by the Society for Research on Adolescence noted that such teasing has become a standard brand of humor of for many adolescents and emerging adults.

Douglass noted that while some could argue that the teasing leads to good interpersonal relationships, it can also be labeled “micro-aggression” reflecting “biased and aggressive beliefs.”

Douglass, who is white, said that her interests in racial issues began in college with a minor in African studies and from a period of study in Africa. On returning to U.S. she had a heightened awareness of racial issues.

“Understanding why we categorize people is interesting to me personally, but it’s also important for our society to understand,” she said.

For the qualitative part of her study, Douglass interviewed 17-year-old to 18-year-old students at two New York City high schools. Setting out to discuss racial issues in general, she unexpectedly picked up on the phenomenon of racial teasing when several students consistently mentioned it.

The qualitative research set up the framework for the quantitative “diary study,” where students answered a survey at the end of each day detailing the teasing. Seventy-nine high school students ages 15 and 16 participated. On high school was primarily Hispanic, while the second was more racially diverse. In addition, 117 college age students from Fordham and Princeton Universities also participated.

Douglass said that unlike research found in typical bullying/teasing literature, the students involved in racial ethnic teasing didn’t simply play just the role of perpetrator or victim, but instead they often played several roles. Sometimes they were the perpetrator doing the teasing, other times they were on the receiving end, and quite often they made fun of their own race, thus teasing themselves. Lastly, students also played the role of witness to all of the above.

Douglass said there are two different perspectives outcomes. In some cases the teasing allows participants to gauge intimacy, but there’s a flip-side for those on the receiving end.

“If you unpack the research a little bit more you actually find that the positive outcomes are felt by the individuals who have agency, which is true of the perpetrator and self-directed teasers,” said Douglass. “But the victims never feel closer to the perpetrator and the witnesses just feel more anxiety.”