skip to main content
Return to Fordham University
You are at:Home»Politics and Society»Students Research History of South African Repression

In the first of a series of student spotlights, students in the Department of African and African American Studies presented research about South Africa that focused on boycotts that helped foster the fall of the repressive regime.

Junior Eric Purisic examined the U.N.’s role in the Feb. 10 class virtual presentation, while Senior Jade Crichlow presented on the actions of artists. Both were identified by Associate Professor Bentley Anderson, S.J., for research they conducted in his South African history course.

“Jade and Eric both demonstrated the breadth and the depth of the international community’s stand against racial segregation and human degradation,” said Father Anderson. “It was satisfying for me, as the instructor, to see the quality of their research and analysis as they engaged a morally and ethically challenging topic.” 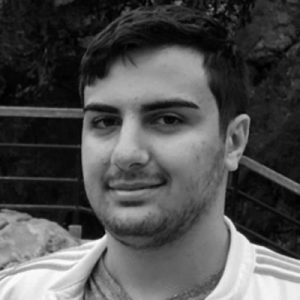 Purisic laid out the historic foundations of apartheid’s history. He noted that beginning in 1948, the South African government had set up a racial separation system that divided the society by white, Black, colored, and Asian. The system determined who one could marry, employment, and educational opportunities. Challenging the system could result in “repression, violence, and death,” he said.

“The first calls to address the apartheid at the U.N. were specifically headed by India,” he said, noting that India was concerned solely with how apartheid was oppressing their own minority population in the country, not the 80% Black majority.

As South Africa was a founding member of the U.N., few of the permanent members of the security council were willing to sanction the nation. Strategic Cold War alliances also played a role, he said. For example, NASA maintained land-based arrays to monitor space flight but were also used to surveil adversaries. Though Purisic uncovered plenty of speeches that denounced apartheid, he found little that fully addressed the specific methods.

That changed after the Sharpeville massacre on March 21, 1960, which began as a protest against the police use of passes to control the movement of Black workers.“Sixty-nine protesters were killed, many were shot in the back while running away, scores were wounded, and more than 18,000 people were arrested,” he said. “This was so gruesome that the U.N. finally decided to start to change its tactics and policy.”

On April 1, 1960, the U.N. released Resolution 134, which called on the South African government to abandon apartheid. Over the years, the UN passed voluntary resolutions to economically sanction, embargo, and cut off diplomatic ties with South Africa,  but that due to lack of compliance and enforcement the measures failed, he said. But it took 29 years for the U.N. to publish a “playbook” for reimagining a nation without apartheid; five years later, in 1994, it was finally abolished.

“I think it brings up some issues in general of the U.N. policies and their ability to deal with systems of oppression and racism,” he said. 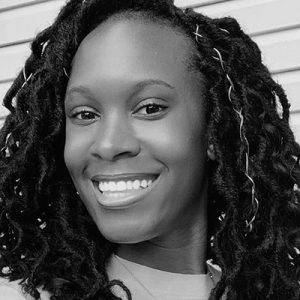 Crichlow showed how outside pressure from artists helped shape the narrative of South African repression.  She focused on the Artists Against Apartheid movement that began in 1954, when Anglican Archbishop Trevor Huddleston called for a cultural boycott of the nation. The movement didn’t gain steam until the late 1960s, she said. For its part, the South African government responded with propaganda that falsely proclaimed Sun City, a well-known gambling resort controlled at the time by South Africa, allowed for mixed-race performances.

The catch was all interracial performances needed a permit first. Artists such as Frank Sinatra took advantage of this opportunity and in 1981, he reaped $1.79 million for a series of performances there, she said. The U.N. responded by creating a register of entertainers who performed in the country.

“The U.N. said that this was not supposed to be a blacklist, but it did act that way … eventually Great Britain and Northern Ireland also banned artists who appeared on the list from performing in their countries,” said Crichlow.

Not wanting to be associated with the repressive regime, 100 artists announced they would not perform there, she said.

From a 1990 African National Congress fundraiser in New York City sponsored by Eddie Murphy and Spike Lee to the chanting the name of slain activist Steve Biko at concerts to The Specials 1984 hit “Free Nelson Mandela,” artists helped foster boycotts of the nation.

“This made me hopeful of future movements that morals can weigh more heavily than money,” she said.

Crichlow said she was intrigued by how artists bypassed traditional media streams to get the truth about apartheid to their audiences through art and music, without the benefit of social media available today.

She drew a clear distinction between boycotting and cancel culture, the latter of which she said it is a trend that forces an offender to apologize, after which “we forgot exactly what happened before.”

“I think that boycotting can still work,” she said. “I think of a lot of the artists that stood up for Black Lives Matter, and how people took it to the streets, made sure they weren’t just saying ‘Black Lives Matter.’ They showed it through their actions.”

Next in the Series:

Associate Professor Laurie Lambert, Ph.D. said two students from her class will give presentations on Friday, March 26, at 5 p.m.  Jemina Molines will hold forth on Haiti and Alyssa Cantrel will discuss Jamaica.